OUT OF MIND » DISCERNMENT REQUIRED - QUESTION EVERYTHING » KEVIN ANNETT & ITTCS » Another Perpective of Annett? - You decide - Kevin Annett: A Modern Abuser Of Residential School Survivors…

Another Perpective of Annett? - You decide - Kevin Annett: A Modern Abuser Of Residential School Survivors…

Another Perpective of Annett? - You decide - Kevin Annett: A Modern Abuser Of Residential School Survivors… on Sun Apr 21, 2013 12:08 pm 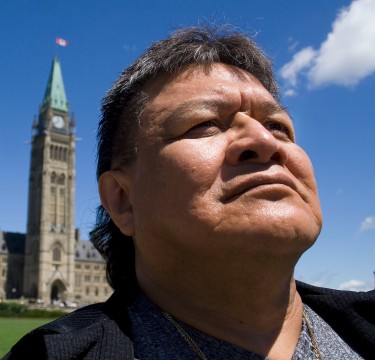 I’ve been doing some more research on Kevin Annett and have found
what is quite likely the most disturbing story anyone will ever hear
about him. I’ve written before about how Annett has slandered indigenous
elders like Jan Longboat, which is bad enough- but, today’s story is
about how Annett slandered one of Canada’s most heroic residential
school survivors. It put tears in my eyes just thinking about this
story.

Willie Blackwater was originally from the Kispiox Reserve in northern
British Columbia. In 1964 he was taken away from his family and
forcibly relocated to the Alberni Indian Residential School on Vancouver
Island. The school was run by the United Church. During his first week
at the school Blackwater, who was 10 years old, was sadistically raped
by a school supervisor named Arthur Henry Plint.

Blackwater tried to complain, and alert others twice after his abuse.
Both times he was taken to Plint’s back room and beaten. Then, during
the summer, Blackwater told his father about the abuse- in the fall,
when Plint found out, he beat Blackwater so badly that he had to recover
in the school’s infirmary. That was the last time, as a child, that
Blackwater complained.

Pint was charged criminally, and in separate cases in 1995 &
1997, he was eventually sentenced to 12 years imprisonment. Then, in
1998, 30 students, including Blackwater filed a civil suit. The church’s
lawyers were brutal, and the questioning was hard. Eventually, when the
case was finished, Blackwater stated ”It was like being victimized
again, only with an audience this time.” Eventually, the case was
settled out of court.

On June 12, 2008, Blackwater was invited to the House of Commons
where Prime Minister Stephen Harper issued a historic apology to
Blackwater, and all of the other victims of Canada’s residential
schools. The apology was hardly enough to make-up for the pain they had
received, but it was an important landmark.

If Blackwater’s residential school tragedy wasn’t bad enough- it got worse when he crossed paths with Kevin Annett.

Blackwater didn’t think very highly of Annett’s meddling with the affairs of residential school survivors. Blackwater told a reporter at the BBC
that he resented that Annett, a white man who had never attended a
residential school, had become the public face of the dead children. He
stated that Annett had “disgraced” native people with his publicity
seeking.

As usual, when encountered by someone who didn’t agree with his work,
Annett went ballistic and began to publicly attack Blackwater. Here’s
what Annett had to say about him in an article in December, 2008:

“Willie Blackwater has been
the government and church’s residential school Poster Boy of a ‘good
Indian’ since 1996, when the first lawsuits began against these
institutions.”

Kevin Annett has been denounced by people of at least six indigenous
nations- and, each time, he followed the pattern of responding with
hate, slander and malice. His claims that he is supporting indigenous
communities are nullified each time he does this. He doesn’t know when
to stop- instead, he leaves a trail of hurt in his wake.

Those people who are still enabling Annett are as guilty as he is
now. There’s no more excuse for being ignorant, I’m not the only person
who is writing and exposing Annett- there are many of us out there now.
Put simply- Annett, and his supporters, are as damaging to the survivors
of residential schools as the people who abused them in the first
place.

We should all take note of who Annett’s enablers are- people like Alfred Webre , Marci Lane, Alex Hunter , Jose Jesus Miranda , Lori O’Rorke, Bill Annett, Henry Mackow , Chris Roubis , and Doreen Agostino . There are many others including publications like the Salem News , Terrace Daily , Red Ice Radio , Critical Mass Radio …

It is no longer acceptable for any of you to quietly step-down now.
The only honourable way out for you now is to stand-out and make a very
public statement asking Annett to stop the damage he has been doing. You
have been contributing to the pain of people who have already gone
through too much.

And, Kevin, as it stands, you are no better than Arthur Henry Plint-
in fact, you may be worse. To capitalize on such heinous crimes, when
asked specifically to stop by their victims, is beyond shameful. Each
time you attack and slander indigenous people you may as well
be re-enacting the abuse they were subjected to at the residential
schools.

You say you are a religious man Kevin. If this is true, you should be scared- very scared….

Re: Another Perpective of Annett? - You decide - Kevin Annett: A Modern Abuser Of Residential School Survivors… on Sun Apr 21, 2013 2:49 pm

Re: Another Perpective of Annett? - You decide - Kevin Annett: A Modern Abuser Of Residential School Survivors… on Sun Apr 21, 2013 2:52 pm

Admin
Posts : 89916
Join date : 2012-01-04
Location : Woodstock Nation
It is the first bad press I have heard of Annett. But wanted to share another perspective. I am of the thought that we for sure need to follow our instincts.

Re: Another Perpective of Annett? - You decide - Kevin Annett: A Modern Abuser Of Residential School Survivors… on Sun Apr 21, 2013 3:09 pm

Posts : 443
Join date : 2012-01-04
I have been following this story for a very long time. I wish that I could find the youTubes that interviewed the family members of the children and relatives of this horrific deed. Kevin Arnett has made it his life mission to expose the truth. He lost his family and became homeless for a while as it was so important to him.

OUT OF MIND » DISCERNMENT REQUIRED - QUESTION EVERYTHING » KEVIN ANNETT & ITTCS » Another Perpective of Annett? - You decide - Kevin Annett: A Modern Abuser Of Residential School Survivors…