Everyone with blue eyes alive today – from Angelina Jolie to Wayne Rooney – can trace their ancestry back to one person who probably lived about 10,000 years ago in the [url=http://maps.google.com/maps?ll=41.0,36.0&spn=1.0,1.0&q=41.0,36.0 (Black Sea Region)&t=h]Black Sea region[/url], a study has found. Scientists studying the genetics of eye colour have discovered that more than 99.5 per cent of blue-eyed people who volunteered to have their DNA analysed have the same tiny mutation in the gene that determines the colour of the iris.

The scientists are not sure when the mutation occurred but other
evidence suggested it probably arose about 10,000 years ago when there
was a rapid expansion of the human population in Europe as a result of the spread of agriculture from the Middle East .

“The mutations responsible for blue eye colour most likely originate
from the north-west part of the Black Sea region, where the great
agricultural migration of the northern part of Europe took place in the
Neolithic periods about 6,000 to 10,000 years ago,” the researchers
report in the journal Human Genetics.

Professor Eiberg said that brown is the “default” colour for human
eyes which results from a build-up of the dark skin pigment, melanin.
However, in northern Europe a mutation arose in a gene known as OCA2
that disrupted melanin production in the iris and caused the eye colour
to become blue.

“Originally, we all had brown eyes,” said Professor Eiberg. “But a genetic mutation
affecting the OCA2 gene in our chromosomes resulted in the creation of a
‘switch’ which literally turned off the ability to produce brown eyes.”

“From this we can conclude that all blue-eyed individuals are linked
to the same ancestor. They have all inherited the same switch at exactly
the same spot in their DNA,” said Professor Eiberg.

Men and women with blue eyes have almost exactly the same genetic
sequence in the part of the DNA responsible for eye colour. However,
brown-eyed people, by contrast, have a considerable amount of individual
variation in that area of DNA.

Professor Eiberg said he has analysed the DNA of about 800 people
with blue eyes, ranging from fair-skinned, blond-haired Scandinavians to
dark-skinned, blue-eyed people living in Turkey and Jordan.

“All of them, apart from possibly one exception, had exactly the same
DNA sequence in the region of the OCA2 gene. This to me indicates very
strongly that there must have been a single, common ancestor of all
these people,” he said.

It is not known why blue eyes spread among the population of northern
Europe and southern Russia. Explanations include the suggestions that
the blue eye colour either offered some advantage in the long hours of
daylight in the summer, or short hours of daylight in winter, or that
the trait was deemed attractive and therefore advantageous in terms of
sexual selection. 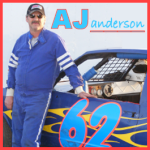 I also have eyes that change . I always used my eyes as an accessory when I was more into that thing.

HL... interesting isn't it to think that all that have blue eyes are related?

Posts : 144
Join date : 2011-12-19
Location : On Gods Green Earth
I have found that when I am in love my eyes are blue, but as the romance period begins to slow my eyes trun back to hazel and I know the romance period needs to begin again or it leads to a disrtuctive relationship. That is my indicator.

Purps - what's bugging me about this is the fact that there are so many out there with blonde hair and blue eyes. It's a proven fact that blondes don't get credited for their intelligence, they are looked upon as being dumb easy pieces of ***. You let a blonde dye her hair brown and she automatically gets more respect, at the same time, let a brunette dye her hair blonde and she no longer gets that respect - she gets propositioned. And the blue eyes into the mix and now people with tend to be swayed to think that the blondes with blue eyes are now mutated easy pieces of ***, or are that way because of this mutation. I can assure all of you that although I am blonde with blue eyes that I am neither mutated nor easy! And I refuse to dye my hair to gain respect. I have plenty of respect for myself and my intelligence even if others don't.

My twins are blond haired and blue eyed. I don't think they think of themselves as pieces of azz at all. It is a shame that anyone thinks like that.

To bad the science community spends their time and monies on this and not how to correct the harm that vaccines have done to children. sigh....

Sofia Vargara (sp?) also was a blond that dyed her hair dark and then her career took off. So weird! And Anna Nicole and Marilyn were brunettes and did better as blonds! But were they respected... no

It is a shame that any woman feels she has to change her hair color to succeed!

Posts : 8256
Join date : 2012-10-03
Age : 52
Location : Australia
Well at the end of the day it's up to the parents to teach their daughters that looks are not important in life to succeed that they can be whatever they want to be without having to look in the mirror! Beauty comes from within and it matters not what anyone else thinks! Now that's probably why your daughters don't think of themselves as a stereo type purps!