OUT OF MIND » NEW CAGE WOO SLINGERS, UFO & DINARIAN FRAUDS & THOSE THAT BUST THEM OUT! » ECETI - JAMES GILLILAND » 5D Is Here: The Shift is Hitting The Fan

5D Is Here: The Shift is Hitting The Fan


5D Is Here: The Shift is Hitting The Fan 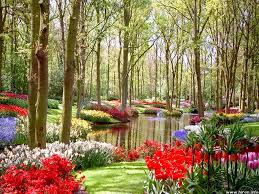 Many were waiting for the grand shift December 21st 2012. There was
a shift. Yet it was the beginning—not the ending. The dramatic things
people were expecting on the day did not happen, nor was it meant to.
There was a setting of the energy for the days to come and the
sensitives and adepts were the only ones who really felt and understood
what happened. This gave way to the naysayers yet as we all know the big
events happen soon after the skeptics have their say.

We are now in those changes. One gamma ray burst after another along with other rays within the electromagnetic spectrum are bombarding us. The magnetic poles are shifting, weakening, opening up the Earth to more consciousness, light and energy. 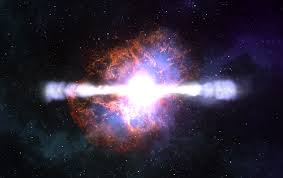 Earth hit by a gamma ray

There is a great transformation happening. The wheat
is being separated from the chaff and how that translates to today’s
society is, those who align with the wounded egos are being separated
from those who align with the soul and spirit. Those operating outside
of Universal Law are receiving the hard lessons, their deeds are
surfacing, being exposed, and the reactions to their actions are being
accelerated. The alignment with Galactic plane the end of the 25,000
year cycle is the main player in this unfoldment.

The ego, wounded and manipulated by social consciousness and the
archon network can no longer operate within the new incoming
frequencies. We are being given a choice. Yet each path leads in a
different direction. The path to ascension aligning with our soul and
spirit, fulfilling contracts we made before we incarnated, moving with
Earth in her evolutionary process. Moving to the next level. Living in
peace and harmony with each other and nature is the wise choice.

The path to descension—the downward spiral driven by a wounded ego
and the programming of the matrix—leads to social, economic and
environmental collapse. This is where the hard lessons reside. You
cannot resurrect the past due to choices made by a wounded ego, the
programming of the matrix influenced by the archon network. This will
cause you the greatest pain and insecurity.

That world is the chaff and it is coming to a close.
Lines are being drawn. Polarities are being amplified. And those who
refuse to align with soul and spirit are of no use to soul and spirit.
Their world will be one of disarray, hardship. Their bodies will fail.

There are symptoms of this process.

Your bodies will begin to talk with you. Some will scream at you. As
they try to adjust to the new energies pains and diseases will come and
go rapidly. There will be times of dizziness, spacing out, jumping
between worlds then asking where am I and where have I been feeling out
of sorts? This is often from slipping in and out of dimensions.

The veils between worlds are very thin and those on the path to
ascension are moving back and forth. You will see lights, wavy energies,
and flashes in your peripheral vision. Many will feel they just don’t
belong anymore in jobs, relationships, even geographical areas. Some
will gravitate toward higher expressions some will fall back into the
old ways. You can’t drag your loved ones with you in this process. All
you can do is hold the light, the consciousness. Allow others their path
even if you know the outcome. They may need the hard lessons and that
is the way their soul set it up.

We are in those times all the prophets, saints and sages have warned
us about. It is undeniable yet beyond even my own imagination there are
still those who are denying it. Their soul and spirit along with the
Source itself have a different plan. The old world of gaining love,
acceptance and approval outside of self or from social
consciousness is also coming to an end. Exacting self-worth through
outer appearances and material acquisition is no longer applicable. Why?
Because this society is so dysfunctional and wounded it has nothing
more to offer. The ugliest and most painful trick you can play on yourself is aligning with it. Where is the security in aligning with a sick corrupt unconscious world imploding on itself?

The only real security is aligning with soul and spirit, stepping out
of the old world and creating a new world driven by soul and spirit
from within. Leave the dysfunction of the past behind you, let go of the
old ways that no longer serve you, humanity or the Earth. Let go of the
false security created by the insecurities within and make your own
personal God/Spirit/Creator connection. Let that decide your future.
Anything else will take you to the same fate as the chaff.

You are not alone in this process. The beautiful many saints, sages
and masters as well as benevolent off-worlders, the Gods of old are all
part of this process. Not the jealous wrathful images and regenerate
ETs; the greater family of man. This is a grand unstoppable event. We
can flow with it without resistance or we can brace against it with
resistance. The second path goes into the resistance is futile category.
Try stopping a tsunami or warring on consciousness, light and energy
far beyond your imagination. They will both end with the same result.
Time to release the past, be kind to yourself and others and get with
the program. Align with soul and spirit become the wheat because harvest
day is fast approaching for some it is just around the corner.

Be well and choose wisely.

OUT OF MIND » NEW CAGE WOO SLINGERS, UFO & DINARIAN FRAUDS & THOSE THAT BUST THEM OUT! » ECETI - JAMES GILLILAND » 5D Is Here: The Shift is Hitting The Fan