OUT OF MIND » NEW CAGE WOO SLINGERS, UFO & DINARIAN FRAUDS & THOSE THAT BUST THEM OUT! » DAVID ICKE » David Icke To Launch Revolutionary TV and Radio Station 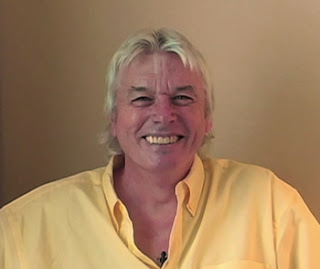 Author
and researcher David Icke is planning to take another bold step forward
and launch a revolutionary new 24/7 Internet TV and radio station that
will broadcast topics that the mainstream media are too cowardly, or
controlled, to touch.

But this venture isn’t about David Icke.

The platform, which needs a kick-start of £100,000 , promises to
become a first class outlet for citizen journalism, opening the
floodgates for independent journalists, researchers and anyone with a
voice that needs to be heard.

Speaking to RINF Alternative News, David Icke explained how the idea was born just over a month ago:

“You are
right, it is not about me. I am sure I will have a big input over the
months, but there will be no ‘David Icke Show’ because that is not me
and I will be working in the background all the time with ideas and
projects.

“We are
going to need a lot of volunteer help when people have spare time they
want to contribute as well as paid people to run the whole thing. I am
doing everything that I am going to do to get this on air and up and
running for free, so I guess I am the station’s first volunteer. The
first of many I trust.

“The
whole thing has come together so fast thanks to the work of Webmaster
Sean once the idea was agreed. I did an interview with the Sunday Times
with the usual concrete-minded journalist and it was a reminder that we
are never going to get out to people what they need to hear through the
corporate media.

“At the
same time a friend of mine saw a ‘radio station’ for sale on the
Internet and although the technology and set-up didn’t suit us the idea
was triggered. Let’s start our own global radio and TV station that can
give people 24 hours a day of uncensored airtime. That was only a little
over a month ago and here we are going for it.

“I have
so many ideas for what I want in terms of content and much will be
generated by the public, anyway. One thing I want to do is to have a
programme showing relevant videos that people have made themselves that
otherwise would only sit on YouTube. We can have a presenter put them in
context and sometimes have the makers in to talk about them and the
subject.

“So much we can do – limitless in fact.”

“This is how we go beyond protest and
bypass the mainstream media to give people direct access to the
microphone and camera while broadcasting and breaking the stories that
will give the global population the background to world events that the
corporate media censors refuse to investigate.”

Think about the implications of that for a second.

It’s been attempted before, but never on this scale. ‘The People’s
Voice’ takes advantage of the immediate and global reach of the Internet
to deliver breaking news from the perspectives that matter most.

The rapid decline in public trust in the mainstream media, the
governments and corporations that control that media, has now created a
unique opportunity to build an alternative that can rival – and even
surpass – the corporate media.

Since I first began reading his books in the 90′s, at a time when he
was ridiculed by both the mainstream and alternative media, over the
last 15 years I’ve seen David Icke grow from strength to strength.
However, he’s been researching and sharing his findings for over 25
years.

I’ve also seen a slow but steady increase of friends turn from
mocking anyone, myself included, who dared question the motives of the
establishment, to now expressing vocal outrage at the crimes and
misdeeds of the ruling elite that have become so apparent, in no small
part thanks to the prolonged and dedicated efforts of Icke and other
researchers.

And it while some will call this ‘a trend’ and attempt to gloss over
the fact that we are on the verge of a tectonic shift in our history,
the sheer number of disenchanted speaks for itself. Yet, almost
ironically, the more the corporate media attempts to silence the voice
of the people, the louder they become.

And now they are roaring.

Support The People’s Voice here and become part of the solution .


Thanks to Visionkeeper for the forward and: http://www.earth-heal.com

Posts : 3471
Join date : 2012-02-10
Age : 63
Location : Florida
About time, although I don't think it will be long before somebody throws a wrench into that transmission-Anyway, we need to get info out to everyone, and let them know the truth about what's going on- Let's get this party started!!! :dancing: :cheers:

OUT OF MIND » NEW CAGE WOO SLINGERS, UFO & DINARIAN FRAUDS & THOSE THAT BUST THEM OUT! » DAVID ICKE » David Icke To Launch Revolutionary TV and Radio Station