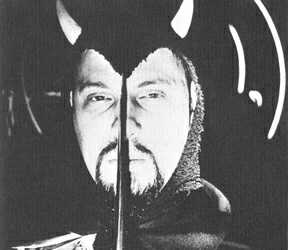 I remember the Kimball Castle well, when I was 10 years of age, I remember my parents taking me their many times and rituals being held their. The memories are like yesterday. I remember spending the night in one of the bedrooms that was very scary to me, in which I never sleep well when we did go there. It seem most of the time very dark and with a musky smell about it. The rooms were big. My father Anton LaVey spent a lot of time there. I never liked going there at all. I remember being force to watch rituals and I hated that too. For the most part I never could forget the counsel of 13. Very wicked looking men.
When I reached the age 12 my father told me I had to go befor them because of my rebellion and being apposed to what I was to do. That was the time I met these men. They warned me of what could happen to me if I did not do as they suggest. George H.W. Bush Senior was one of these men. I stood before them and told them I was not going to follow their ways and I was not going to take my dads place, and that there was nothing they could do to me. My father was so embarrass he cowered in his seat. I told them I believe a higher power and that higher power said in his word that no harm can come to me. So be it and I turned left. They never said a word back. I think they were all stewing or struck with shock. I know my dad was "out of the mouths of babes". 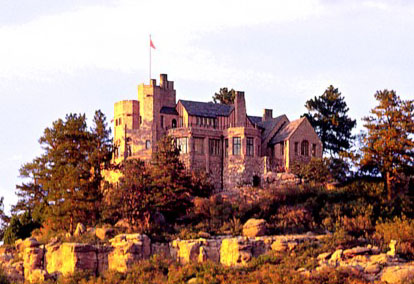 The Kimball-Cherokee Castle in Sedalia, Colorado
I all so remember Scott Millman. We were all the same age. There where others but I don't remember them as well as I remember Scott Millman. I think it's because we talked to each other a lot. I do remember a tunnel under the building where Scott and I were taken one night and it was not good. To this day I freak a little talking about it. Some say there is light at the end of the tunnel, well, there was darkness at the end of this one, where Satanists come together and do unspeakable things. The acts are of a nightmare. The acts done to kids are unspeakable. To think that Bush and his whole family is a part of this kind of thing is hard for some people to believe. But the Lord warns us all about the dark one in sheep's clotheing. The whole Bush family are Satanists, run down the family lines. I have met Bush Jr. once when he came to a ritual at the castle once with his father. My thought when I met him is still the sam as today. He is very cold man for Satan. Like a lethal weapon.
Reverend
Jess A LaVey
Original article: [url=http://www.stewwebb.com/Affidavit of Jess Anthony Lavey.htm]http://www.stewwebb.com/Affidavit%20of%20Jess%20Anthony%20Lavey.htm[/url]
Related article: Radio Interview of Son of Ex Head of Church of Satan Shed's Light on Vitamin Battle and on Masons