OUT OF MIND » THE INSANITY OF REALITY » CABAL AGENDA & WORLD DOMINATION » Canauzzie: The Parties Now Ending for the Cabal

Canauzzie: The Parties Now Ending for the Cabal 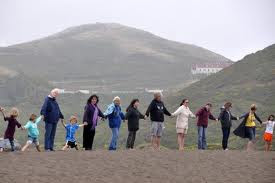 Life and societies are evolving so rapidly, unless we make the conscious efforts necessary to keep abreast of not just national, but Global events, you will all be left behind. We need to be aware of changing roles, both as individuals and as nations. Earth is now a Global village. The concept of a nation is a myth for tyrannical abuse. Every person, YOU, is their own Sovereign Person, so why do we need nations? You are your own nation of being! To be as one integral Soul, with all your Sovereign Rights entailed as accorded. Man needs to educate, transcend beyond ignorance, and evolve as our time comes, to understanding our Global realities, to achieve true awareness, then to address them as a Family of Man collective. We all need and need to respect, each other.

People are all life forms existing and co depending upon the collective Global contributions of all.

We are just a few seconds away by phone or email from affecting events anywhere, or feeling the impact of change by ignorance. Time waits for no man. Nor do opportunities.

The world as we know it, is dividing into Regional Trading Communities, principally tied to Hemispheres and availability of resources both as Mineral and Human. But even more changing Political alliances are lost and gained. Once excluded, it’s hard to recover. Burgeoning populations bring new demands and require both National Building and Infrastructure Planning to cope with 21st Century demands. Energy, Minerals and Water will be competed for.

Most Western Leadership is inept, Low Class Political Snake Oil parties with experiences of nothing. Enriching them, impoverishing you! Political Office is a great privilege, to serve with humility and commitment. Not as rampant Pigs at the trough fulfilling greed.

Religions are becoming increasingly exposed and attendances decline as belief levels change. Education has expanded the consciousness of nations, with rising Peasant populations no longer gullible or naïve. Ignorance is no longer the Opiate of the masses, as it becomes increasingly obvious that most Political Leaders major are inept, exposed as Naked Emperors. 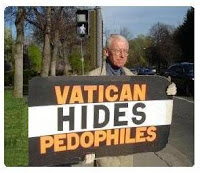 The Vatican even worse, as the Shrouds are lifted, their mysticism and lies exposed. Their Inquisition tortured brutally, mass murdered and protected Child Molesters and Deviants, as it does to this day, with no Global redress. This Vatican is a truly Monstrous Institution, guilty of the worst Genocide over many centuries, cloaked in a false religion. Apostles of Hell are no guides for the Souls of your children. True God is in the hearts and Souls of all of us. The Entity has not appointed these Deviants to keep watch on humanity, ensconced in their Rome Homosexual Private clubs. It’s time to look in at this vile regime and its litany of Global crimes so truth speaks its name.

Politicians and Military entities with their Masonic Memberships, and appointees of the Knights of Malta manipulate power, as do the Zionist and Texan mafias. Crime rules and crime for them, pays. But not for you, you only fund it. 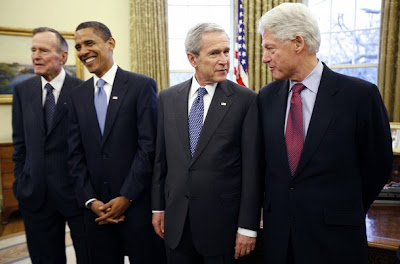 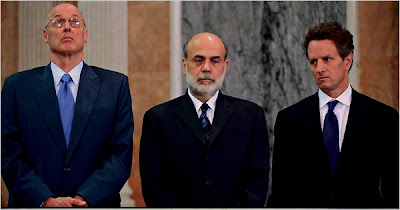 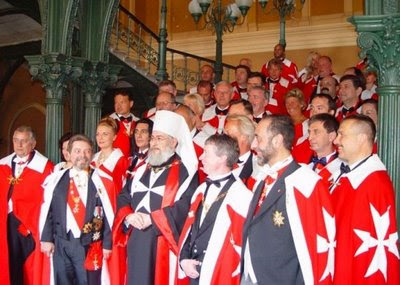 These Clowns play with YOUR Markers at the Poker Table of Life, and when they lose so often, who are their Mugs picking up the tabs? Look at their privileged Expense Accounts, Allowances and Pensions. You don’t even come close. Mongrel packs are scavenging nations.

Your entire Life’s Deducted Contributions for Retiree Benefits., paid for by YOU, all wasted. Contributing workers who have paid in should retire on c$3,500 a month State pension alone. With any Private Pensions contributed also as extra funding on top. But, it’s all gone. Used elsewhere by their Fraud! Lost!

THEY blew YOUR future, but never their own. 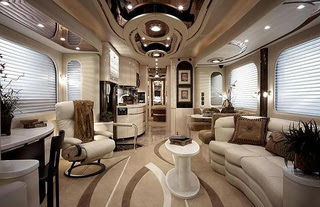 Like Detroit, it’s all coming home, and down.
These little Nero’s fiddle as Rome (the US) Burns! 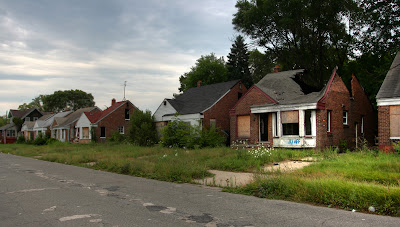 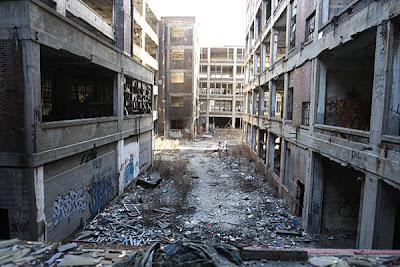 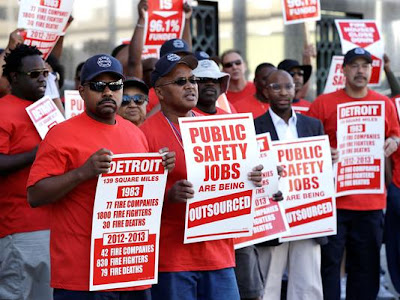 To even have a worthwhile future, let alone to ensure one for your children, society needs to wake up, shape up and work together for change. Social Welfare and State Job dependent employees will have no function or place in the NWO ethos tracking down on the entire planet. NWO IS Global and well entrenched. Mass De Populating will become reality. Including many State jobs will go as they will no longer be needed. At some stage, as the Monetary Systems are redefined, the “Useless Eaters” as defined by Bush 41 and the Tri Lateral commission, will be addressed as a reality issue. Thinking needs to change. On both sides. Wealth has to be created by work and production. Unemployment levels are way too high and totally unsustainable. If a country does not produce wealth, it cannot pay out. 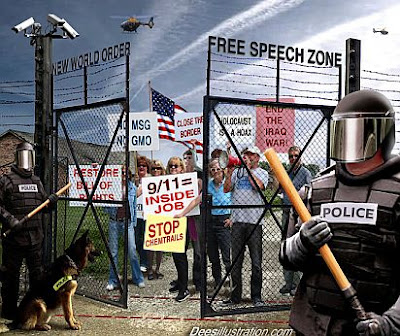 In many nations haste to accrue wealth, new fast emerging Third World industries are wreaking havoc with ecology and the very life chain of our planet. Increased mercury and anther toxins are discharged as industrial effluent into our seas. They are absorbed by the Tuna shoals we eat worldwide, with the carcinogenic effects that will develop. As we pollute and poison the earth, as we destroy the Rain forests, as we destroy the atmosphere, we set in motion consequential realities.

Man has become mass ignorant, seeking solace only in short term material pleasures, with reduced focus on family values, or spiritual awareness. America has become the Principal Drug Using nation, seeking solace in a Fix, not a solution. Don’t use your mind to seek answers, just blow it on drugs is the Mantra. The mass brain cell destruction as it builds up is the payback. Now they even target the school children, hook them young. Afghanistan Opium production is sky high as the Agency cashes in, and Taliban riches fund their weapons to kill more of our kids. Bankers rub their hands in the Counting Houses.

What happened to the ethics of Leadership, protecting the moral values of a great society? For a community espousing such strong core family values, why is the Jewish Media control of Hollywood spewing out so much gratuitous and depraved filth? It needs to tone it down, and find responsibility. Why poison our children’s minds? What happened to freedom of the press? What happened to truth? 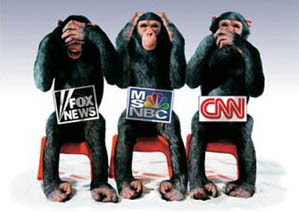 Many of us are dedicated to rebuilding a strong America and also a new world. Not only for the Me, Me, Me attitudes of grasping America with its voracious War Mongering Cabal, but for all nations we share this planet with. We all need each other. We can achieve so much more together. Also to help create an end to tensions and needless hostilities if we can all help reach out for a Global accord.


Look at the site response to date as it grows monthly. How many wish to contribute towards Nation Building, towards ecology, towards health care projects? We raised a banner. Real Patriots flocked to it. What really impressed us, were YOU! Your responses flooded in. The difference YOU can make. Willing, responsible people are there waiting to help. With you, it can work.

Chinese Elders loaned vast amounts to America to protect the country and help the nation build. Those funds were brought in by good, caring American Patriots. They have been betrayed. China has been betrayed. That money is long overdue for redemption. Defaulting is unacceptable conduct. The release of those funds will help us rebuild America and other nations. It was never for the Cabal nor Political family theft or misuse. America owes China vast Trillions. Now! Those funds released back to where they are owed, will allow funds to build Infrastructure, to build communities, to develop Education, to build Hospitals. Default is a shameful DISGRACE. It’s not YOUR money Cabal. Give back what you owe!

Japan is owed vast amounts in Bonds now well overdue. The same game continues. Lies and disinformation is applied to avoid paying back what is due to trusting Sovereign Nations ruthlessly lied to and betrayed. Deals dishonored.


Indonesia and Taiwan are owed Trillions. The Philippines are owed the same. Marcos was set up and looted blind. The Black Eagle Trust, various versions of the 5 Star Trust and its many Aliases, have run, laundered and defrauded Trillions. Pureheart is another story of Agency duplicity waiting to be told, as its convicted criminal ex CIA leader with his false ID name change hides in a CIA Safe House and another front man is left marooned out of site in Bangkok. Vast Trillions have been looted and frankly, squandered in an orgy of egos. Shadow Governments and Agencies, elected by and accountable to no one have systematically destroyed the world economies and heritage. They have ruthlessly removed all those in their way.

From Eisenhower and Kennedy upwards, any Leaders of conscience saw and warned of the sheer extent of penetration, control and wanton waste of this vast Shadow Government of an unelected, answerable to no one Military Industrial Cabal, with its Agencies, layers of waste, self-allocating single purpose contracts for Contractors to rip off State Budgets and wage war on the planet with no Congressional approval or oversight. They have sat like Titans, squandered and depleted the capital liquidity of the nations and almost bankrupted the planet in an orgy of waste and egos. From their Tri Lateral Commissions, to their Private Federal Reserve Bank of New York, Zionist controlled mafia bank, corruption has been perpetuated for decades. Now the reality check of this bloated whale is coming home. Can’t pay! Like Madoff, they have tail spun their Ponzi scam as far as they can get it. Now it’s panic stations. They brainstorm how to perpetuate their lies further as they become ever more compound in debt. Truth is ugly, as is the reality. But, America as a nation has not been raised on reality, but a false era and flag to coerce and enslave a nation while their liberties and futures were exploited as IRS Slaves and Farm Stock assets of the United States Corporation. Today, most are still clueless of the loss of their Sovereignty.

The Military Industrial Cabal have usurped their positions, squandered the riches of the Empire, and failed to address the most basic commercial realities of Nation Building. For them, the party is over now. Wars cost. America can no longer fund them as Chairman of the Joint Chiefs of Staff, General Martin E Dempsey is now warning. The costs are unsustainable with no determinate futures. Global Policing is simply not feasible for a single nation. 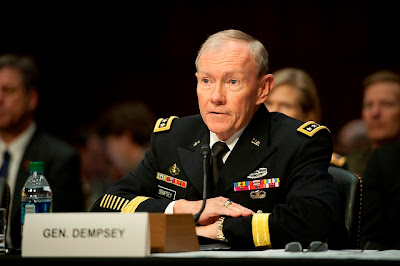 OUT OF MIND » THE INSANITY OF REALITY » CABAL AGENDA & WORLD DOMINATION » Canauzzie: The Parties Now Ending for the Cabal