Repurposing of the Global Banking Industry Has Begun

Talks Begin in Multinational Gathering of the One People to Repurpose Banks
Published by Holly Tucker, Editor, September 8, 2013

“…The banking industry is going through a reinvention of products and services with some questioning whether banks will know how to adapt to their retail customer’s needs.”

On September 7, 2013, a group of Eternal Essence held a global meeting to discuss the declaration and deposit of their Universal Value into an evolving, new era banking system. With the former centralized banking system foreclosed by the One People’s Public Trust UCC filings in 2012, a growing number of individuals are learning they are the value behind all commerce exchange and want to work with banks to redefine the exchange system.
The weekend meeting was multinational, including representatives from the East and West Coast of America and Australia, along with Canada, Germany and the Netherlands. A few themes emerged from the meeting: Greater comprehension of Universal Value was being achieved with more people ready to access their value as new depositors; as new depositors, they would help broker a new business model for repurposing banks; and that such a model would involve a principle of Win/Win as the only acceptable method of exchange. 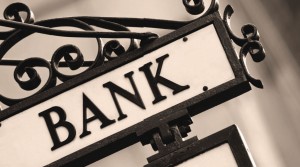 Former banking employees in the meeting shared their understanding that the banking industry is going through a reinvention of products and services with some questioning whether banks will know how to adapt to their retail customer’s needs. Discussion also included the competitive behavior of banks and that offering deposits to both commercial and small community banks would be mutually beneficial.
Social media outlets are reporting a number of these new deposit customers are pulling together groups of multiple depositors as an incentive for repurposed banks, offering the banks a transaction or discount fee of 10% from each depositor. Such fees could be an attractive revenue source now that the foreclosed Federal Reserve can no longer fund banks.
Meeting participants also discussed reaching out to various high wealth investors in small community banks to explain the recent detriments of the foreclosed banking system. These bank stockholders such as local dentists, CPAs, and other community members are also learning their labor is collateral backing world currencies and by declaring their own Universal Value, they can influence the speed at which presents banks make the transition. 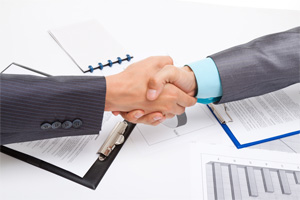 Transaction fees won’t be the only big change in banking but also a new paradigm of customer terms and conditions were said to be in development for new era banks. Meanwhile, others expressed this new era approach “should be implemented gradually to enable the banks time to repurpose themselves as transparent agents of the people’s credit-value, and for the people to repurpose themselves as servants of mankind.” Apparently, the One People aren’t waiting as plans from the global meeting included concerted efforts to begin discussions with high eschelon banking personnel on September 13, 2013.
For more information or to comment on this evolving story, go to this I-UV blog .

Guest
Thanks, Prpl 4 bringing this here; having a hard time keeping up with all the amazing news (having Life to Live with Beloved Ones & People to serve & interact with), but this forum is a great help 4 me in that regard. I am participating on the fringe of the above movement in a minimal way, certainly DOing & BEing as a I AM enabled and Guided. I had not seen the above 'til I saw it here- very thankful!!