AngelicView: This post is going to have two components to it. One is an outstanding interview ofStarseed-35 Dr. Brian Weiss with Art Bell, and the second is a case-study mentioned in part 3 of that interview. 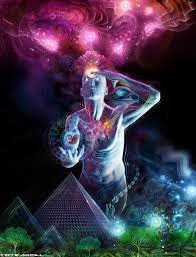 Let’s start with Dr. Brian Weiss. This interview is one that everyone who is interested in Reincarnation, Past Lives, Regression Hypnosis, and Life Between Lives should listen to. They also discuss Aliens migrating to Earth and Future Lives. Check out his credentials (below):


Video Description:As a traditional psychotherapist, Dr. Brian Weiss was astonished and skeptical when one of his patients began recalling past-life traumas that seemed to hold the key to her recurring nightmares and anxiety attacks. His skepticism was eroded, however, when she began to channel messages from “the space between lives,” which contained remarkable revelations about Dr. Weiss’s family and his dead son. Using past-life therapy, he was able to cure the patient and embark on a new, more meaningful phase of his own career.

A graduate of Columbia University and Yale Medical School, Brian L. Weiss M.D. is Chairman Emeritus of Psychiatry at the Mount Sinai Medical Center in Miami.

AngelicView: Now, instead of posting the video(s), I’m going to post a link to the play-list. There are twelve 10-minute videos in the play-list, and it would take an hour for me to post all of them here. However, when you click on this link, the play-list will open up in a new tab. All you have to do is to click on the link below, and the play-list will begin automatically. When the first video finishes playing, the next one in the series will begin automatically – you don’t have to touch it. It’s really a seamless way to listen. Also, there are no commercials (they are cut out).

Now, for the second piece of this post, I want to share the account of Jenny Cockell. Her story is discussed within the interview of Dr. Brian Weiss. So here, from Afterlife TV, you can get a more in-depth view of her situation.


Video Description: PAST LIFE MEMORIES LEAD WOMAN TO REUNITE WITH HER CHILDREN FROM PREVIOUS LIFETIME
“Jenny Cockell had past-life memories as early as age 3. Although she grew up and lives in England, Jenny recalled her life as Mary Sutton, an Irish woman who died 21 years before Jenny was born. Because Mary left 8 young children behind when she passed, her emotional concern about the children transferred to Jenny. As an adult, using maps she drew as a child from her past-life memories, Jenny Cockell traced her memories to the exact location where she lived in her past life, Malahide, Ireland. Thereafter, due to her diligent research, Jenny also located Mary’s children and personally reunited with 5 of them. This is an episode like no other I’ve done before. And I believe it’s one you’ll be telling your friends and family about for years. Enjoy!” ~ Bob Olson, Afterlife TV