OUT OF MIND » PLANET AWARENESS » ATMOSPHERIC CHANGES » Gaia, Not as much Climate Change as expected

Gaia, Not as much Climate Change as expected 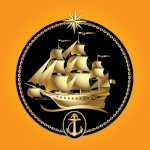 British
environmental guru James Lovelock, seen on March 17, 2009 in Paris,
admits he was "alarmist" about climate change in the past.

By Ian Johnston, msnbc.com James
Lovelock, the maverick scientist who became a guru to the environmental
movement with his “Gaia” theory of the Earth as a single organism, has
admitted to being “alarmist” about climate change and says other
environmental commentators, such as Al Gore, were too.
Lovelock,
92, is writing a new book in which he will say climate change is still
happening, but not as quickly as he once feared.

He previously painted some of the direst visions of the effects of climate change. In 2006, in an article in the U.K.’s Independent newspaper ,
he wrote that “before this century is over billions of us will die and
the few breeding pairs of people that survive will be in the Arctic
where the climate remains tolerable.”

However, the professor admitted in a telephone interview with msnbc.com that he now thinks he had been “extrapolating too far."
The
new book, due to be published next year, will be the third in a
trilogy, following his earlier works, “Revenge of Gaia: Why the Earth Is
Fighting Back – and How We Can Still Save Humanity,” and “The Vanishing
Face of Gaia: A Final Warning: Enjoy It While You Can.”
The new
book will discuss how humanity can change the way it acts in order to
help regulate the Earth’s natural systems, performing a role similar
to the harmonious one played by plants when they absorb carbon dioxide
and produce oxygen.
Climate's 'usual tricks'
It will also reflect his new opinion that global warming has not occurred as he had expected.
“The
problem is we don’t know what the climate is doing. We thought we knew
20 years ago. That led to some alarmist books – mine included – because
it looked clear-cut, but it hasn’t happened,” Lovelock said.
“The
climate is doing its usual tricks. There’s nothing much really happening
yet. We were supposed to be halfway toward a frying world now,” he
said.
“The world has not warmed up very much since the millennium.
Twelve years is a reasonable time… it (the temperature) has stayed
almost constant, whereas it should have been rising -- carbon dioxide is
rising, no question about that,” he added.
He pointed to Gore’s
“An Inconvenient Truth” and Tim Flannery’s “The Weather Makers” as other
examples of “alarmist” forecasts of the future.
In 2007, Time magazine named Lovelock as one of 13 leaders and visionaries in an article on “Heroes of the Environment ,” which also included Gore, Mikhail Gorbachev and Robert Redford.
“Jim
Lovelock has no university, no research institute, no students. His
almost unparalleled influence in environmental science is based instead
on a particular way of seeing things,” Oliver Morton, of the journal
Nature wrote in Time. “Humble, stubborn, charming, visionary, proud and
generous, his ideas about Gaia have started a change in the conception
of biology that may serve as a vital complement to the revolution that
brought us the structures of DNA and proteins and the genetic code.”
NYT: Most tie extreme weather to global warming, poll finds
Lovelock also won the U.K.’s Geological Society’s Wollaston Medal in 2006. In a posting on its website, the society
said it was “rare to be able to say that the recipient has opened up a
whole new field of Earth science study” – referring to the Gaia theory
of the planet as single complex system.
However Lovelock, who
works alone at his home in Devon, England, has fallen out with the green
movement in the past, particularly after saying countries should build
nuclear power stations to help reduce the greenhouse gas emissions
caused by coal and oil.
'Perfect recipe' for wildfires as season starts early
Asked if he was now a climate skeptic, Lovelock told msnbc.com: “It depends what you mean by a skeptic. I’m not a denier.”

He said human-caused carbon dioxide emissions were driving an
increase in the global temperature, but added that the effect of the
oceans was not well enough understood and could have a key role.
“It (the sea) could make all the difference between a hot age and an ice age,” he said.
He
said he still thought that climate change was happening, but that its
effects would be felt farther in the future than he previously thought.
“We will have global warming, but it’s been deferred a bit,” Lovelock said.
'I made a mistake'
As
“an independent and a loner,” he said he did not mind saying “All
right, I made a mistake.” He claimed a university or government
scientist might fear an admission of a mistake would lead to the loss of
funding.
Lovelock -- who has previously worked with NASA and
discovered the presence of harmful chemicals (CFCs) in the atmosphere
but not their effect on the ozone layer -- stressed that humanity should
still “do our best to cut back on fossil fuel burning” and try to adapt
to the coming changes.
Peter Stott, head of climate monitoring
and attribution at the U.K.’s respected Met Office Hadley Centre, agreed
Lovelock had been too alarmist with claims about people having to live
in the Arctic by 2100.
And he also agreed with Lovelock that the rate of warming in recent years had been less than expected by the climate models.
However,
Stott said this was a short-term trend that could be within the natural
range of variation and it would need to continue for another 10 years
or so before it could be considered evidence that something was missing
from climate models.
US sees warmest March, and first quarter, on record
Stott said temperature records and other observations were “broadly speaking continuing to pan out” with what was expected.
He
said there did need to be greater understanding of the effect of the
oceans on the climate and added that air particles caused by pollution –
which cool the Earth by reflecting the sun’s heat -- from rapidly
developing countries like China could be having an effect.
On Lovelock, Stott said he had “a lot of respect” for him, saying “he’s had a lot of good ideas and interesting thoughts.”
“I like the fact he’s provocative and provokes people to think about these things,” Stott said.
Keya
Chatterjee, international climate policy director of environmental
campaign group WWF-US, said in a statement that it was "hard not to get
overwhelmed and be defeatist" about the challenges facing the planet,
but suggested alarmist talk did not help persuade people to act to reduce climate change.
"While
the problem is becoming increasingly urgent, we’ve found that focusing
on the most dire predictions does not resonate with the public,
governments, or business. People tend to shut off when a problem does
not seem solvable," she said.
"And that’s not the
case with climate change because we can still avoid its worst impacts.
We know that we already have all of the technologies needed to slow
climate change down. We only lack the political will to go up against
vested interests," she added.
States where green jobs are going gangbusters
According
to the Intergovernmental Panel on Climate Change, the leading body on
the subject, the world’s average temperature has risen by about 1.5
degrees Fahrenheit since 1900. By 2100, it predicts it will rise by
another 2 to 11.5 degrees, depending upon the levels of greenhouse gases
emitted.

Asked to give its latest position on climate change, the National
Oceanic and Atmospheric Administration said in a statement that
observations collected by satellites, sensors on land, in the air and
seas “continue to show that the average global surface temperature is
rising.”
The statementsaid “the impacts of a changing
climate” were already being felt around the globe, with “more frequent
extreme weather events of certain types (heat waves, heavy rain events);
changes in precipitation patterns … longer growing seasons; shifts in
the ranges of plant and animal species; sea level rise; and decreases in
snow, glacier and Arctic sea ice coverage.”
NOAA reports its data in monthly U.S. and global climate reports and annual State of the Climate reports .
Its
annual climate summary for 2011 said that the combined land and ocean
surface temperature for the world was 0.92 degrees above the 20th
century average of 57.0 degrees, making it the 35th consecutive year
since 1976 that the yearly global temperature was above average.
“All
11 years of the 21st century so far (2001-2011) rank among the 13
warmest in the 132-year period of record. Only one year during the 20th
century, 1998, was warmer than 2011,” it said.
In the interview,
Lovelock said he would not take back a word of his seminal work “Gaia: A
New Look at Life on Earth,” published in 1979.
But of “Revenge of
Gaia,” published in 2006, he said he had gone too far in describing
what the warming Earth would see over the next century.
“I would be a little more cautious -- but then that would have spoilt the book,” he quipped.

OUT OF MIND » PLANET AWARENESS » ATMOSPHERIC CHANGES » Gaia, Not as much Climate Change as expected