OUT OF MIND » DISCERNMENT REQUIRED - QUESTION EVERYTHING » ANNA VON REITZ » And by Whom is such a claim made? And by what Authority? Posted on May 17, 2014 by arnierosner

And by Whom is such a claim made? And by what Authority? Posted on May 17, 2014 by arnierosner

And by Whom is such a claim made? And by what Authority?

Posted on May 17, 2014 by arnierosner
http://www.nesaranetwork.com/2014/05/13/operation-of-every-single-claim-in-a-nutshell/
Your Birth certificate fraud. What your government has done to you. Please share._640x480 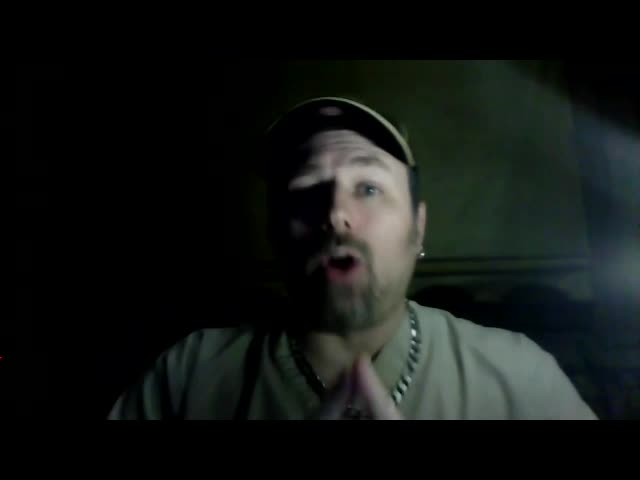 Operation of every single claim in a nutshell

Posted on May 13, 2014 by Freewill Leave a comment
Operation of every single claim in a nutshell
In shipping language, the chartered vessel (United States) took on cargo (the people), mortgaged that cargo to the hilt to pay for the voyage (used the credit of the people), then dumped that cargo (the people) over the railing and into the seas (commerce) to collect on the insurance (social security). Then, came back to the point of dumping for a salvage operation….(admiralty / maritime lien)
First, one is “welcomed” into a foreign jurisdiction by the “host nation” of whom, though its “occupying army”, extended its hospitality to a foreigner upon registration of the birth event and, per the custom of the host nation, provided a vessel (NAME) whose cargo is destined for the Treasury and an indemnity receipt guaranteeing care and maintenance of the vessel by the host nation in order “his burden be light”. (Read Law of Nations Book II Section 99 and on for the ramifications of this action)

Until, that is, the host nation decided to grant an entrance and extend hospitality for the purpose of drawing foreigners into a snare. For once the snare was engaged, one’s duty as a foreigner is now towards defense of the host nation against pirates or robbers, against the ravages of an inundation, or the devastation of fire, for how can one pretend to live under the protection of a state, to participate in a variety of advantages that it affords, and yet make no exertion for its defense, but remain an unconcerned spectator of the dangers to which the citizens are exposed?

Now, the same foreigner is shanghaied at birth into that foreign jurisdiction (origination to image-nation), conscripted into citizenship (United States or whatever “nation”) as one can only become a Citizen “and not otherwise” via 2 Stat 153, given a “christened vessel” (NAME), then sent to battle across the seas (capitalism: war-shipper of a re-legion), and left for dead (collateral damage and casualty of war). (See Law of Nations Book III Section 15 for the ramifications of this action)
Then a “presumption of death” exists because the “infant” (foreigner) is “missing from beyond the seas” under International Maritime Law via Cestui Que Vie Acts 1540, 1666, and 1707. Now comes the “enforcement of a maritime lien” under “Admiralty Law” … the IRS or any maritime lien is ONLY VAILD if one is “dead” (dead have no power over the living)

26 USC 6903
“(a) Rights and obligations of fiduciary
Upon notice to the Secretary that any person is acting for another person in a fiduciary capacity, such fiduciary shall assume the powers, rights, duties, and privileges of such other person in respect of a tax imposed by this title…” (Form 56)

(d) Definition of fiduciary. The term “fiduciary” is defined in section 7701(a)(6) to mean a guardian, trustee, executor, administrator, receiver, conservator, or any person acting in any fiduciary capacity for any person.

(a) executor of estate (Name) (resident) you are master of “your” dominion, correct?
(b) trustee of a trust (any portion of which is included in the gross estate of the decedent) (NAME) (14th Amendment Citizen) you are here to fulfill divine providence and self-determination (God’s will) for the benefit of all, thus are trustee.
IRS manual 21.7.13.3.2.2 – An infant is the decedent of an estate or grantor, owner or trustor of a trust, guardianship, receivership or custodianship that has yet to receive an SSN.
How can one be an executor of an estate of a decedent when the SSN has been issued?
Exactly what estate of what decedent is one “administrating”?
26 USC 2032A
(a) (1)(A) decedent was a citizen/resident of the United States to time of death
(a)(1)(B) an “election” made on behalf of the executor
(d) election : agreement (remember “accommodation party”….this is where you come in)
(2) The agreement referred to in this paragraph is a written agreement signed by each person in being who has an interest. (could be anything from a court case to a utility bill)
Now check out 26 USC 674 and Treas. Reg. § 1.674(b)… “the back door”

So there is a claim in a nutshell. If one does not provide “proof of life” (infant still using the estate and trust) then the one before the court/corporation is presumed to be an “executor” of a decedent’s estate and trustee of the “citizen trust”. The “claim” is nothing more than a ruse to get one to be an accommodating party via UCC 3-419 for the agreement under 2032A(d)(2) for one is presumed to be an executor of a decedent’s estate and the 14th amendment citizen. NAME, is just a trust ANYONE can operate under 26 USC 674 and Treas. Reg. § 1.674(b), but you are trustee as the “presumed citizen” and thus liable under 26 USC 1040(b) for the tax imposed under 26 USC 2001(a) via 26 USC 2002 as if one were executor.
Now this is also the basis for the operation of the “exemption”, so do not go out and try to destroy this, you will not succeed, “they” will not allow it …. Once “proof of life” has been established, NAME now is the “security entitlement holder” and NAME now has whatever credit it needs as the IRS and all these other corporations are now bound to service the securities account (SS#) under UCC 8 as “securities intermediary” and usufructuary.
So, in reality “they” are actively engaged in infanticide and genocide in violation of international law and agreements under the Law of Nations and Lieber Code (Presidential Admiralty Law) for the purposes of accessing the estates of presumed decedents and while these apparent acts of genocide and infanticide may only be on paper, the results of these shenanigans crosses and carries over into the real world and real people suffer because of it each and every time one of their agents come to the door and identifies one through both name and number because one is the infant, now age of majority.

…committing all the oldest sins in all the newest ways
Now ask one of these guys something like:
Do I have a name? Do I have a SS number? Are you aware of IRS manual 21.7.13.3.2.2? Then why am I being held liable as the executor of a decedent’s estate and as trustee of the resulting trust when it appears the infant has a SS number? Would you like production of the footprints of the infant to verify and validate this interest?

The insanity has to stop.

Now, before you guys got out and start running these guys down in the streets, one must also remember, this is also the operation of a peace treaty under Article 2 of the Lieber Code thru Article 43 of the Hague (restoration of public order and safety) of which the 1st essential task is to ensure the inhabitants can live their day to day lives, 2nd essential task is to establish an agreement which maximizes the benefits of both inhabitants and occupying army, and, in keeping with the provision of Article 2 of the Lieber Code that the occupying army remain as a condition of the peace, the 3rd essential task is that government administrates the agreement of which is laid out in Article 31 and 38 of the Lieber Code and Article 55 of the Hague, of which the occupying army is administrator and usufructuary of all public buildings, real estate, agricultural estates, etc… and must administrate them in accordance with the rules of usufruct. The “live birth certificate” is an “indemnity receipt” issued to the “spoliated owner”.
So, when these guys approach you and identify you by both name and number, whatever “lien right” they think they have has just been invalidated by the very fact the name and number was used to identify you. The infant now has a SS number and is no longer a decedent, thus no lien, trusteeship, or executorship to enforce and it is actually a breach of the International Peace Agreement between the “living” and the “dead”.
So, there you have it … the presumption of death is the only thing wrong with “the system” but since it all operates on paper and translates into the real world with real ramifications, then that is a big problem. But a problem we can fix literally overnight.
Just have to accept one has a “NAME” and one has a “NUMBER” but owns neither, then since both NAME and NUMBER have vested within the one, the estate also re-vests within the one as the infant is no longer dead or “missing from beyond the seas”, which automatically “invalidates all maritime liens” as those are just “salvage rights”, and is “of age of majority” and now you operate in pure equity and they are now the usufruct and you are the “naked owner” with disposal rights over all of the estate of the Earth, just like the peace treaty demands.
Just be a good steward.


Please go to the site link above to watch the video. I could not get it to load.

OUT OF MIND » DISCERNMENT REQUIRED - QUESTION EVERYTHING » ANNA VON REITZ » And by Whom is such a claim made? And by what Authority? Posted on May 17, 2014 by arnierosner