OUT OF MIND » DISCERNMENT REQUIRED - QUESTION EVERYTHING » KEVIN ANNETT & ITTCS » Kevin Annett: Republic to be Proclaimed in Canada, January 1-4, 2015

Kevin Annett: Republic to be Proclaimed in Canada, January 1-4, 2015

Kevin Annett: Republic to be Proclaimed in Canada, January 1-4, 2015

A Special Communique from The Provisional Council of The Republic of Kanata (Winnipeg)
October 22, 2014 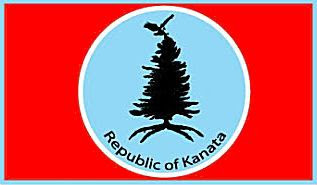 Dear fellow lovers of liberty,
A great awakening is shaking our nation, as more people realize that “Canada” and its criminal sponsors and their laws are null and void. This growing awareness about the need for a Republic of Kanata has swelled our membership to over three hundred men and women in every region of “Canada”. And to accommodate and prepare these members and their delegates, our Council has had to move the date of the Republic’s founding Constitutional Convention in Winnipeg to January 1-4, 2015.
Pre-Convention material will be mailed to all of you before then, including copies of the new draft Proclamation of Independence, and Kanata’s proposed Constitution.
Our new Republic is as strong and real as each of us make it. That’s why local organizing committees for the Republic are active in the five main regions of “Canada”, uniting, educating and mobilizing the people to take back and reclaim their country within the ranks of the Republican movement.
These committees are based in Vancouver, Calgary, Toronto, Montreal and Halifax. If you have not been connected with your local Republic organizers yet, please notify us immediately at republicofkanata@gmail.com . Also watch our website at www.republicofkanata.com .
Our work now focuses on educating people about our vision and principles, and launching direct actions to reclaim our land and its laws. In this regard, a small handbook and youtube posting is being prepared, entitled “Five Ways you Can Build the Republic of Kanata”. These ways include taking the Public Oath to the Republic, issuing Stand Down or Revocation Orders to all “crown” officials, refusing to pay taxes to the criminal state known as Canada, and organizing public Reclamations of so called “crown land” that has been stolen from the people.
As we take back our country and create working alternatives to the collapsing status quo, many more people will join us. The point is to start the process, now.
Monthly updates will follow. Spread the word, and Long live the Republic!
Issued by the Provisional Council for the Republic of Kanata
Colin Sullivan, Secretary
22 October, 2014

OUT OF MIND » DISCERNMENT REQUIRED - QUESTION EVERYTHING » KEVIN ANNETT & ITTCS » Kevin Annett: Republic to be Proclaimed in Canada, January 1-4, 2015