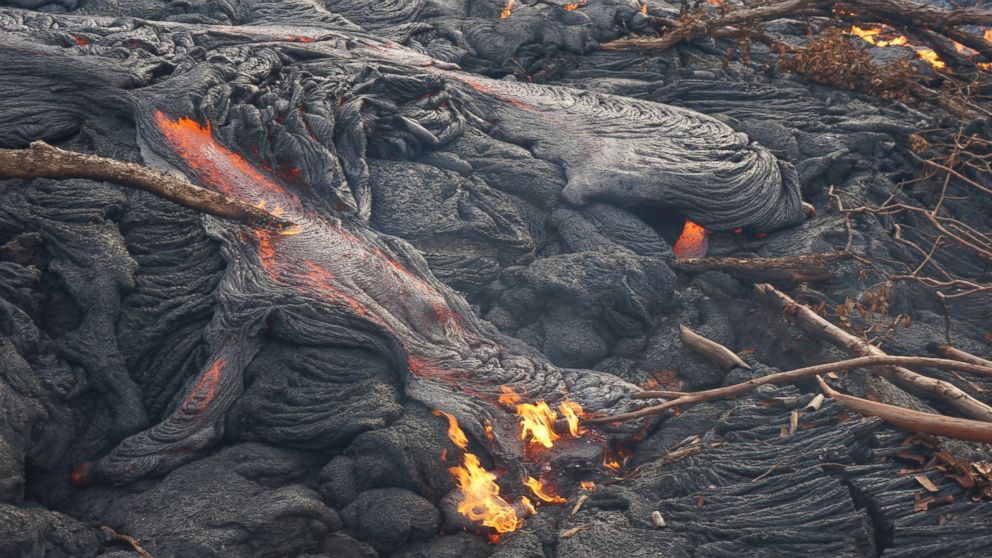 Up-Close Lava Visit Like ‘Standing Inside of a Furnace’
Next Video Threat Level Raised as Lava Approaches Hawaii Homes
A lava flow threatening homes and a town on the Big Island of Hawaii has gained speed in recent days, advancing more than five football fields in just the last 48 hours.
Hawaii civil defense authorities and scientists are closely monitoring the lava’s progress, which is steadily encroaching on the small town of Pahoa and several Big Island subdivisions. The flow is now less than a mile from Pahoa, Civil Defense Administrator Darryl Oliveira said Thursday.
Oliveira said changes in topography may help slow or change the path of the red-hot lava flow, which emerged from the Kilauea volcano East Rift Zone on June 27 and has traveled roughly 11 miles since then. 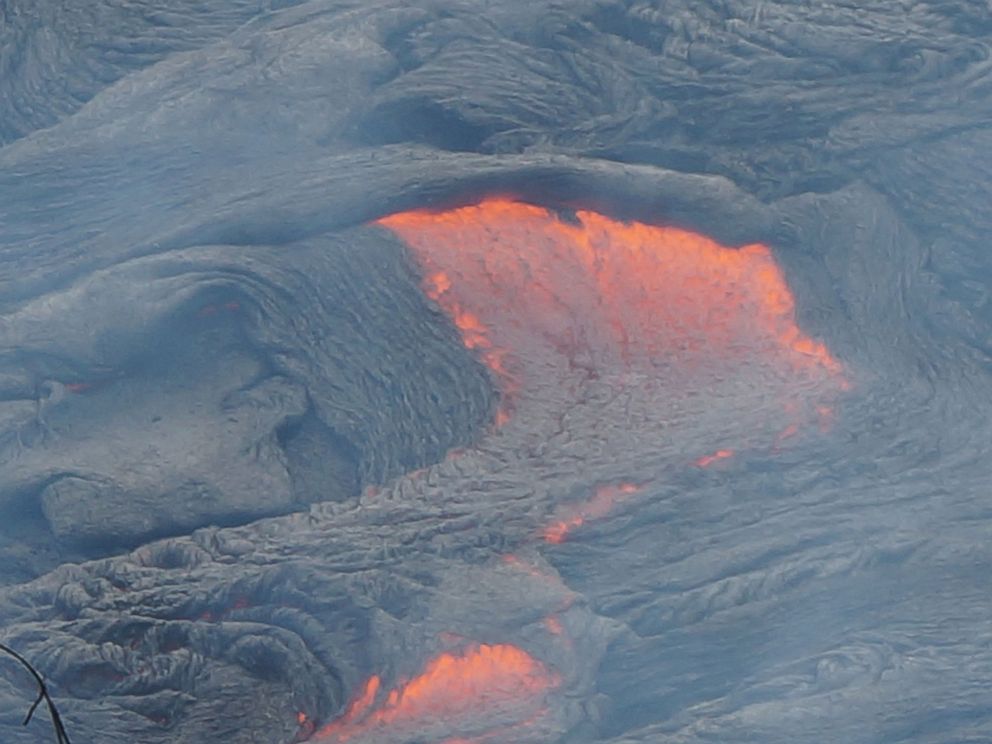 ABC News
PHOTO: The lava flow from Kilauea volcano in Hawaii has advanced more than five football fields in the last 48 hours.
Authorities now say they are preparing for the inevitable. About 10,000 residents on the island could be affected, Oliveira said. When the lava gets too close — and Oliveira says he doesn’t yet know when that is — the plan is to give residents three to five days warning before they need to evacuate.
“We’d like to allow people adequate time to make whatever plans they need to make on a comfortable timeline,” Oliveira said. 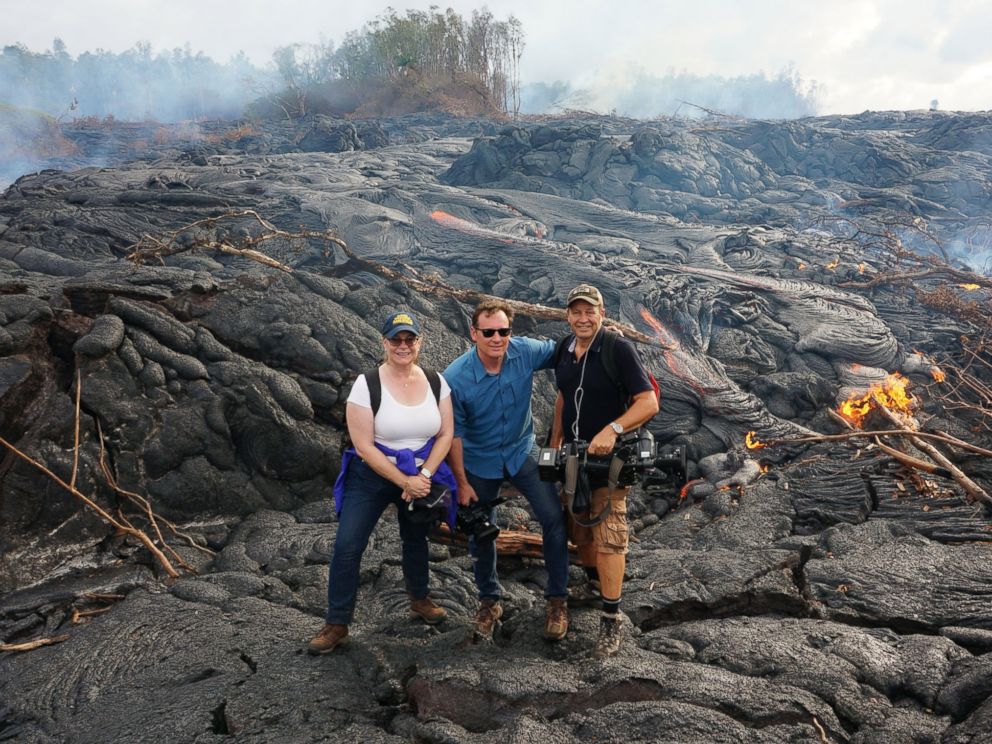 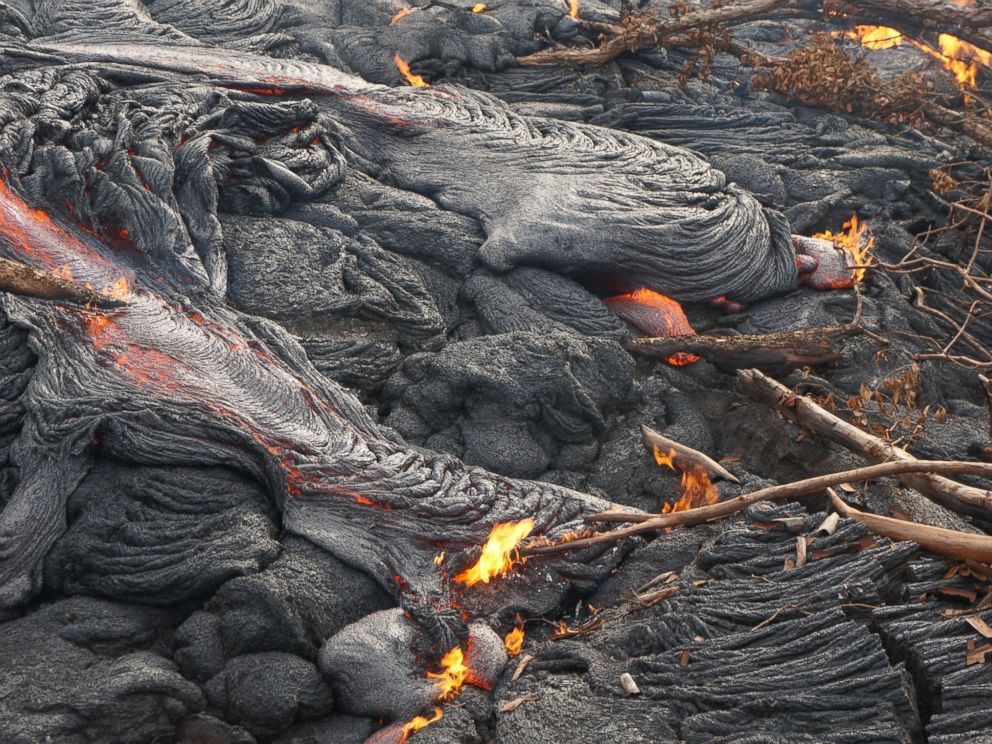 ABC News
PHOTO: About 10,00 residents in Hawaii might be forced to evacuate their homes as lava continues to flow from the Kilauea volcano.
Big Island residents are used to living with one of the world’s most active, and sometimes destructive, volcanos. Since the current eruption began in 1983, unstoppable lava flows have added 500 new acres to the island and destroyed at least 181 homes, a visitor center, a church and a community center, according the National Park Service .
Oliveira says past efforts to slow or divert lava flows simply don’t work, and can create more problems. 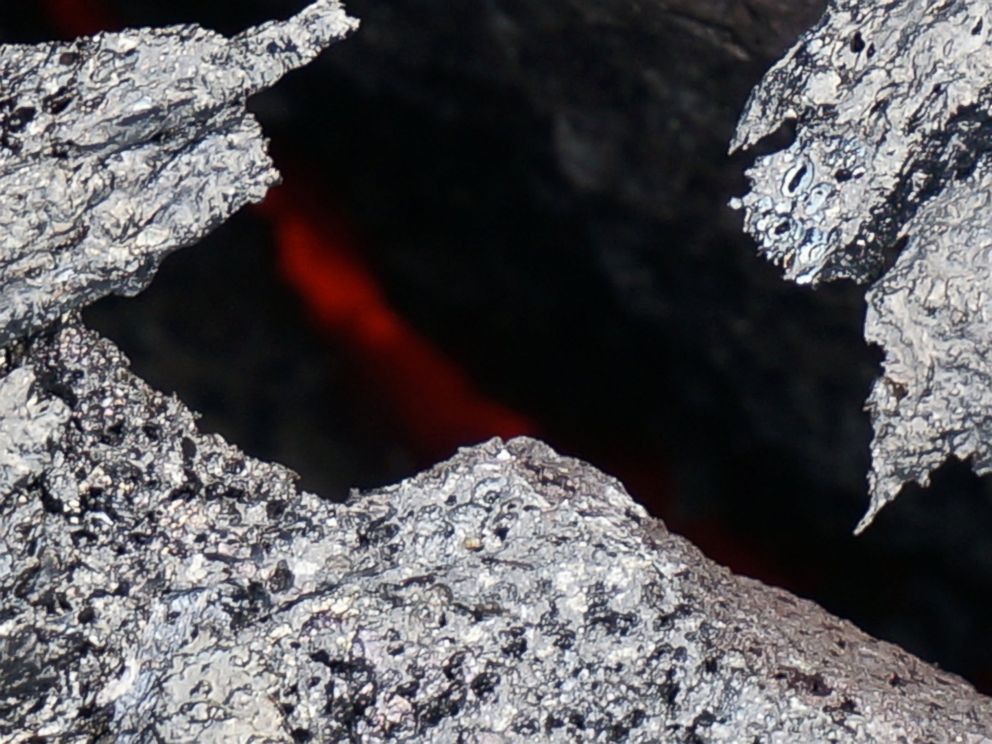 ABC News
PHOTO: Molten lava can be seen in between the cracks of these rocks in Hawaii.
“Any redirecting of the flow would likely push it into another subdivision in another area, basically putting new properties at risk that would not have been at risk before,” Oliveira told ABC News.
“If we divert it, we are going to push it into someone else’s backyard,” he said.
http://abcnews.go.com/US/red-hot-lava-flow-edging-hawaiian-town/story?id=26420794

Posts : 2
Join date : 2014-10-30
Age : 70
I have been there on the big island it is so cool but so creepy and devastating. My daughter and family are stationed on Oahu for the third time. My point being there's so much to see.


I was wondering where your daughter was actually. Hawaii has been really taking a hit lately what with the typhoons and weather related issues and now the volcano. Glad she is safe on Oahu... lets hope Diamond Head stays asleep!!!