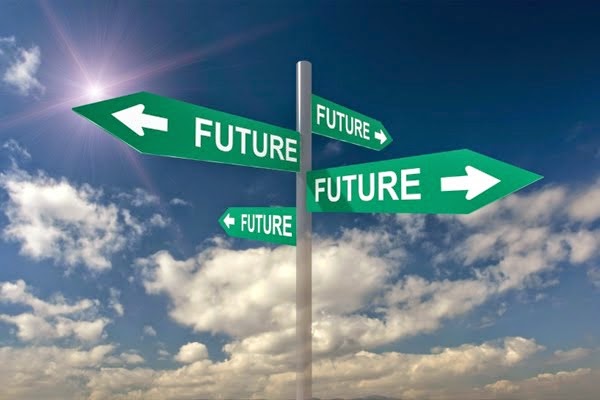 In the before time of 3D consensus reality; tradition was to at the beginning of the year, make certain predictions based upon various signs, omens, and portents as would appear.  This tradition may well go back to Roman times, when the fate of nations could be divined by deciphering the flight of birds...known as taking the auspices.  Kings would make no major decisions until after consulting with the augur and his foretelling.
Here, in the now it is perhaps as important as ever that we attempt to discern what the future may hold by observing not the flight of birds, so much as the flight of man as those behind the curtain churn out a constant menu of fear, in fifty delicious flavors, for constant consumption by the awakening masses.
So it is with such intention; that I offer up what humble scryings as I am capable of to assist with understanding prevailing energies and machinations and how they may yet manifest in the nebulous times ahead.
Aquarius Rising:
With humanity still lingering at the threshold of the Aquarian evolution; perhaps a powerful omen for the coming year is found in deciphering the flight of the Seahawks who left us with the warning: "Don't snatch defeat from the hands of victory."  Still more omens and portents may be found by observing the flight of American Chicken hawks (warmongering politicians with zero military experience) as they instigate even more wars while lying about the ones we've been in for so long.  When actions don't match with words, ignore the words and observe the actions.  We cannot possibly end our military involvement by building still more permanent bases.  Give peace a chance.
The Mayan calendar marked December 2012 as a significant moment in the shifting of the ages.  A kind of benchmark denoting not the end of days as the propaganda matrix portrayed, but rather, a new beginning for humanity.  The transition from one great age to another is a bit like shifting tectonic plates; when it happens there generally is chaos and panic.  Being kept in fear based survival mode prevents most humans from pursuing spiritual growth and development, which is why our hidden masters behind the curtain continue to produce a daily dose for everyone.  They fear your empowerment.

Social Revolution:
The stone wall of ignorant denial has been eroded by decades of little victories leading to larger ones as the human rights movement gains momentum.  Humanity is at the crossroads of time and space as those who seek to prevent evolution are being consumed by it instead.  Humanity is awakening from the arrested development perpetuated by the hidden ones now; and a vision of vaster realities is spreading like a prairie fire.  For the awakened soul who glimpses this vaster reality; returning to slumber is impossible, just as the mind once awakened by truth cannot return to ignorance.
The hidden masters will continue their campaign of fear, and in their final hours upon the stage shall attempt to set fire to the theater.  Consume what cannot be controlled is their spiteful plan.  Alas, such chaos and destruction is exactly what one should expect during such crucial and powerful times as these; fear not for the universe is unfolding precisely as it should.

Industrial Revolution:
In the coming years we will see the continuing growth of several emerging technologies which serve to empower the average consumer.  This trend will continue away from purchasing power, to production power as 3D printers become increasingly sophisticated and affordable.  Rather than list the myriad applications for 3D printing, it is perhaps easier to simply say that it's upper limits are those of human imagination.

The  status quo will soon have insufficient numbers of greedy old white men to maintain their death grip upon the resources and opportunity of Earth.  The vacuum left from their ultimate departure will be filled by the ranks of those previously not allowed on the field of play.  There will be new games with new rules as the new paradigm defines itself.  In the times ahead those who pursue peaceful cooperation will outnumber by far those who know only the way of greed and violence.
With manned spaceflight now in the hands of civilian organizations the door is opening which will lead to a dream come true for many: commercial space flights.  What will begin as a new distraction for the idle rich will eventually become commonplace; exactly as it was with commercial airliners.
The times ahead will see the human tribe embrace cooperation over commerce as the old ways finally die and exist no more.  Recovery from 2000 years of the Piscean paradigm won't happen overnight, perhaps not even in the span of a lifetime, but happen it will, it is happening even now.

Spiritual Revolution:
2015 will be a time of courage for increasing segments of western society as they cast off the dysfunctional 3D paradigm; ahead of it's impending final orchestrated crash down.  The inability to rely upon things which are no longer supportive, will lead growing factions of humanity to relying upon long dormant aspects of Self instead.  As the forbidden history of humanity becomes common knowledge, and the new Aquarian energies anchor deeply...humanity will emerge from its spiritual dark ages, and begin a new history.
Startled from spiritual slumber by the chaos and crisis humanity is drowning in; many are immediately flung into confusion, fed by fear and the feeling of helplessness.  What keeps one afloat in such turbulent times is discovering one's own power to not only survive, but to prevail.  In the times ahead humanity will learn to unleash their ability to create thru the power of Intention, finding their own self worth instead of waiting for someone else to do it for them.  Spirituality is just science we don't fully understand, and the door is never locked.
Alien full disclosure:
With the resurgence of the sci-fi genre of space opera movies and TV shows: it is seen that those behind the curtains may sometime this year make Alien Full Disclosure a reality.  Further indication of this may be the announcement that the pope will be conducting alien baptisms because all life is the creation of the great maker.
Such disclosure will not be an act of transparency, but a ploy to further obscure the truth and muddy the waters.  The admission that off world cultures exist and interact with us would serve only to strengthen government control over the masses.  Isn't that the biggest fear of all, to be invaded and enslaved by some alien race?  Full Disclosure will be just another ploy to obscure the fact that we already are.  The book "Blue Planet Project" cites there are 160 known alien races!
Fukushima legacy:
The plight of seabirds (and all living things) continues a dismal downward spiral as the various planetary food chains become more and more saturated with Fukushima radiation.  This is seen as a deliberate action to force the worldwide acceptance of GMO food-like-products, and the transhuman agenda.  It is seen that in the following years increasing die-offs of pacific ocean life forms will continue, though not often reported in the controlled and compliant media centers of the western sector.  Having documented the complete demise of bait fish like sardines & herring; the larger organisms which depend on them for life, shall likewise perish.
There exists a possible reality wherein the extinction level event that is Fukushima actually becomes the catalyst which unites all of humanity in the fight for planetary survival.  The way to this possible reality is a critical path indeed, one where half-hearted efforts may as well not even begin the journey.  Humanity shall not find their way to this possible reality by continuing to ignore Fukushima, or believing that radiation dissipates in seawater.  Nor will the possible reality be discovered by trusting those behind the curtain to act in humanities interest.  They won't!

A nearly infinite number of other possible realities also exist; some more desirable than others.  The thing is that in this present reality it doesn't seem to have quite hit home just what dire straits may lie ahead, if nobody does anything about anything.  Perhaps we're still in shock and disbelief and yet even that is no sanction for inaction.
The Future:
Between the fall of the roman empire and Columbus sailing it took 13 centuries to add 200 million souls to the population of the planet.  In the nervous now; that many are added every 3 years!  In the next nine years 600 million new arrivals are going to be expecting their own piece of this paradise.  Humans of the foreseeable future will by necessity begin living as a part of this earth instead of just harried travelers upon it.  To begin living this way humans need to be less concerned with having and more concerned with being.  We must stop measuring our individual worth by the approval of others, and quit seeking outside of ourselves to fill that emptiness within.
Fukushima isn't the only threat to human survival; just the worst one - and the fact that authorities are seemingly waiting for it to heal itself is a decidedly bad omen for the future of spaceship earth and her passengers.  Hydraulic fracturing (fracking) causes swarms of earthquakes, and turns tap water flammable with toxins; so the only response is a glib commercial ad campaign extolling the clean, safe virtues of fracking!  If humanity is to have any kind of a desirable future it will soon become a mandatory thing to remove from power all who helped things get this bad.
Beyond hyped headlines and hashtags there has to be more to life than bearing silent witness to it's demise.  Sound off, act out with civil disobedience because your courage will inspire others to do the same, and its the only way to change the story, and how it ends.  Have you noticed that every time history repeats itself the price goes up?  Well, the future will be shaped by those who show up for it; so if you're feeling wealthy and like the status quo just fine; go ahead and continue doing nothing.  For the rest of you reading this, may I suggest a more proactive involvement on your part; unless the penalty of psychometric probation on planet earth appeals to you.
The auspices are easy to read for the future of humanity and they whisper to each one of us that unless we start reacting to those things which threaten our species survival; our species might not survive at all.  Its just that simple.  Anyone who tries to tell you different is just trying to lull you back to sleep.  The monkey chatter of reactionary discourse is to be ignored because all it does is create anger rather than answers.  The auspices also say that humans generally will not change until the discomfort of remaining the same becomes unbearable for them.  While this approach may work well for jobs and relationships...not so much when everything is on the line.

Knowledge is power-Ignorance is bliss: Pick One!

Posted by Chautauqua at 7:17 PM