Seen "This Man" in Your Dreams?

Published on Feb 27, 2015
"This Man" or ThisMan has been appearing in people's dreams around the world - some suggest he is a spirit or astral traveler, but no one really knows.

It seems this man has been appearing in thousands of people's dreams around the world since 2006 when it was first documented by a New York psychiatrist with multiple patients describing dreams with this man in them. The remarkably similar sketched images were published and a global phenomenon was discovered!

The website, thisman.org, has risen to the task of helping those who have seen this man in their dreams, with the aim of understanding who this man is, and why this man appears so randomly in both the dreams and nightmares of so many.

A world wide initiative is underway to publicly post flyers in dozens of languages all asking the same question... Have you Dreamed This Man?

According to the website statistics, there are over two thousand reports of this man showing up in all sorts of dreams. According to their popular Facebook page, there are far, far more than that.
Theories suggest this man may be a figment of our collective imagination, a spiritual vistor, or an astral traveller. Of course the skeptics say it's only a dream.

Special thanks to Sam Butterworth for letting us know about this mystery in a comment he left us.

Use of the "The Leviathan" picture permitted by Jeff Chang. Check out the rest of his work at http://jeffchangart.deviantart.com .

Admin
Posts : 91758
Join date : 2012-01-04
Location : Woodstock Nation
Several years ago, on January 29th, 2013 to be precise I had a terrible nightmare. When I woke up I was bathed in sweat and had a pounding headache and was coughing. In my dream I was in a nightclub and I was seated across the table from.. yep you guessed it! this man. I almost fell off my chair when I saw this article. In the dream "this man" was trying to get me to "come back into the fold". His very words. He was threatening me and became enraged when I kept repeating that there was NO WAY I would ever come back to him in any manner.
He jumped up and started to shoot fire bombs from his hands. He was literally freaking out and screaming at me that he would kill all of the people in the club if I did not do what he wanted. Then I woke up!

I went to the computer and was telling a friend on facebook about the dream and she told me that there had actually been a tragic nightclub fire that very night in Brazil.

Here are some pics:

Here is the story:

Guitarist Rodrigo Martins was preparing to launch into the sixth song of his band's set when he saw embers fall.
The acoustic foam insulation on the ceiling of the Kiss nightclub in the southern Brazilian city of Santa Maria was on fire, and it was beginning to spread.
The hot ash fell onto the stage and dance floor.
Photos: Hundreds dead in Brazil nightclub fire
In front of him, a sea of people who moments earlier were dancing and singing along to the country-pop sounds of his band Gurizada Fandangueira began to realize something was wrong. 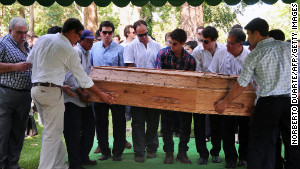 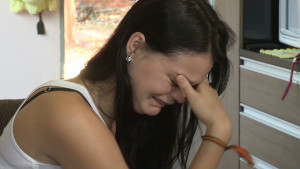 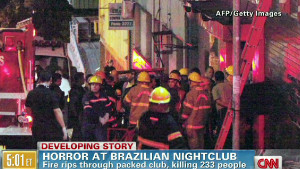 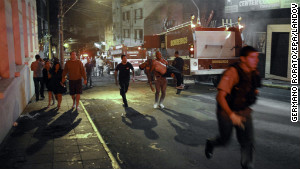 
I still feel guilt in some odd way for the deaths of these 233 kids that were there that night. I know it sounds silly.... but "this man" he is responsible for those deaths.

shit! I knew I should not tell any private stuff on here!!!

note to self... no more sharing... it will freak people out.