The Ever Expanding Web of Deception Hangs in Tatters 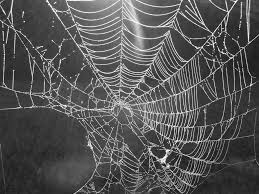 The overload of Truth these days is becoming quite a burden. For a lot of us, the more we learn the more we realize we don’t know.
For example, if you have read The “Dulce Battle” Report, you may notice at the end the name of William Cooper in the list of participants.
Of course Cooper was ex-military and exceptionally vocal about the ruthless manipulation of the powers-that-were and referred to the general public as sheep. He issued dire warnings on his live radio shows and put the truth in plain sight via his book, Behold a Pale Horse. He was allegedly murdered for his “treasonous” outbursts about 911… or was he?
I’ll get back to Bill in a moment, but if you have had time to explore more of Cindy Kay’s videos at Rise Together, her YouTube channel, you may have seen several she published about Hollywood actors playing the roles of key personalities in our reality. 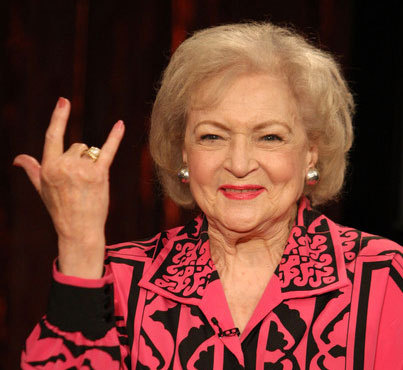 Betty White (Golden Girls, Mary Tyler Moore)
She explained that Lucille Ball played the role of Queen Elizabeth, (yes, there’s a stretch) and after Lucille passed, her sister, actor Betty White stepped in. You can see for yourself the revelations Cindy has personally explored in these videos.
Whereas many of us are angry about all the deception, Cindy feels compassion for these people who are actually forced to fill these roles—often multiple ones—to keep the charade going, and I certainly do as well—to a point.
It makes me wonder if they ever get to be themselves—or do they even know who they are any more? What a life.
One character I found particularly interesting when I visited WellAware1.com again was David Rockefeller Jr. , who apparently plays the role of Sheriff Joe Arpaio here in Phoenix, Arizona. That was new to me.
At WellAware1 they show how the biometrics Cindy spoke of works, and compare certain facial features and anatomy that cannot be hidden or camouflaged and they took it one step further with Sheriff Joe. They explained how they chose his name.

The pseudonym he is using is an abbreviation for the following:
AR = Arizona Yes I know AZ is but that’s the little game they play.
PA = Pennsylvania where he was Mayor of Philadelphia Frank Rizzo
iO = The Chicago Improve company where he got his acting skills as did the majority of all the talent he uses for his and his family’s productions.

Interesting, isn’t it? Nothing left to chance. And getting back to William “Bill” Cooper, he’s there, too, multiple roles, recycled bodies, make-up, the works.
We’ve been told that some factions of the cabal have wanted to surrender for a few years now, while other ruthless, greedy groups will never surrender and continue to amp up their violence and charge down the road to what they believe is their ultimate victory to control Humanity and the planet.
The Rockefellers and Greenbergs are arms of the family who are forced to play along, year after year, contributing to the deception despite their desire to end it all; to retire from the game and let things unfold for Humanity as they are meant to do.

If we think we’re weary of the journey… imagine how these people must feel—these philanthropists, the ones who tell us the truth as much as they can, giving us clues to enable us to see the puzzle for what it is… Ben Fulford with his weekly geopolitical updates, Sheriff Arpaio who used his resources to secure the truth about Obama’s birth certificate, Jordan Maxwell,  and Bill Cooper, who entered that raid of the Dulce Base not knowing if they would get out alive.
It seems as though enough of the right people have solved the riddles to the point we can see the Illuminati plan for ourselves. The burden of proof now lies with us, as well as the obligation to share these shocking truths with others so that they may awaken and understand the false reality Humanity experiences every second of every day without ever suspecting.
There are gaping holes now in the web we’re all caught in—Humanity and the controllers. Gradually, larger holes appear until there is very little holding the deception together. One day soon, the masses will learn the Truth and there will be no more webs. The illusion will dissolve entirely.
Many people are so invested in Hollywood and their public figures that it will be a bitter pill to swallow. We will no doubt feel deep betrayal and in the end will get our closure, but it might serve us to let go of how we think that has to look, and just trust that all will unfold for the best of all concerned; for all the victims of this larger-than-life pageant.
But right now,  the reason so many of us just can’t quite trust some of these people is because our higher self knows they aren’t who they say they are. The glitter of Tinsel-Town is losing its allure. The fabrication is bleeding through.

I think Cindy hit the nail on the head and believe the ones caught in the thinning strands are crying out to be freed from the web. That’s why the information they share doesn’t fully resonate. They have two agendas: the Illuminati mandate to play their roles to the hilt to maintain the deception, and their own personal agenda to end the lie and stop the merry-go-round.
They are trying to show us that things aren’t right. They are going as far as they CAN go, to say, “Don’t you get it, People? Don’t you see? Wake up! They lied!”
So… are we awake yet? I don’t know about you, but just when I think I’m wide awake, I find I was still under the influence and missed some pieces of the puzzle, so there isn’t much I would swear to as being Truth. I welcome the final wake-up call, but I don’t imagine it will come until after The Event, because right now, who can we trust—but ourselves?
A Facebook friend shared this clip of Matt Damon from “Good Will Hunting” on Snowden and the NSA. I think the general consensus is that Matt is a “good guy” in Hollywood.  ~ BP