OUT OF MIND » TRUTH IN CONSPIRACY THEORIES? » MISSING & CRASHED PLANES » Mathematician May Have Just Solved The Mystery Of Missing Flight MH370

Mathematician May Have Just Solved The Mystery Of Missing Flight MH370 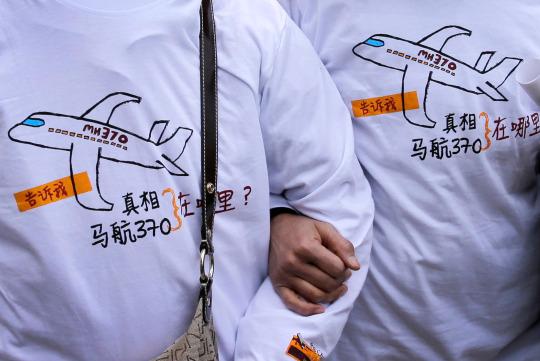 Relatives of passengers on board the Malaysia Airlines Flight 370 that went missing on March 8, 2014. (Photo: AP Photo/Andy Wong)
A mathematics professor may have solved the mystery of Malaysia Airlines Flight MH370 , which disappeared without trace last year with 239 people on board.
Conspiracy theorists have suggested various outlandish theories including the idea that the flight was abducted by aliens.

But the reality may be a little more prosaic, according to applied mathematician Dr. Goong Chen of Texas A&M University.

His computer models suggest that the flight entered a vertical dive over the Indian Ocean, entering the water cleanly and without breaking up.

The simulated crash solves some of the mysteries surrounding MH370 — such as the lack of debris and spilled oil on the surface.

Dr. Chen suggests that the plane’s body and wings sank rapidly — explaining the lack of an oil slick on the surface.

Dr. Chen says, “The true final moments of MH370 are likely to remain a mystery until someday when its black box is finally recovered and decoded.

“But forensics strongly supports that MH370 plunged into the ocean in a nosedive.”

OUT OF MIND » TRUTH IN CONSPIRACY THEORIES? » MISSING & CRASHED PLANES » Mathematician May Have Just Solved The Mystery Of Missing Flight MH370