OUT OF MIND » DISCLOSURE » UFO VIDEO ARCHIVES » UFO News ~ 8/05/2015 ~ This Day In UFO History: Glowing UFO Ball Flies Over Nuclear Missile And Bomber Base and MORE

UFO News ~ 8/05/2015 ~ This Day In UFO History: Glowing UFO Ball Flies Over Nuclear Missile And Bomber Base and MORE 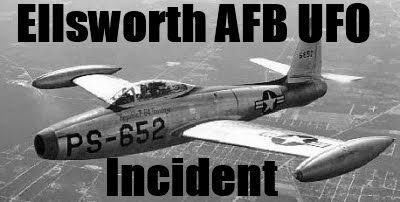 This is a special historic report, one that I can attest to being real. You see, I (Scott Waring) was in the USAF at Ellsworth. However I chose to live off base in Rapid City, about 18 miles away from the SAC base. Ellsworth is home to not just B1 bombers (may area), but also hundreds of long range nuclear missiles.   One day I walked out to the parking lot to go to the base, when I saw about 20 people looking straight up. I looked and saw 4 long cloud tunnels that started above our parking lot (1000 meters up) and disappeared over the mountains. Then a rumbling and a 747 size glowing florescent ball appeared at the end of the tunnel over me. It slowly moved through the cloud tunnel gaining speed as it moved, till it moved faster than an any jet, disappearing in the distance.  I saw about 25 of these before I realised I was almost late, and jumped in my Datsun B210 and took off to base. It was about noon, on a cloudless day, except those 4 cloud tunnels. Thousands saw it, but no one talked about it back in 1989-90. The report below is a similar, but single UFO.

The significant part of my sighting, the UFOs came from underground near my apartments on the hill. There has to be an alien base below Rapid City, SD.
Scott C. Waring
www.ufosightingsdaily.com

Admin
Posts : 90517
Join date : 2012-01-04
Location : Woodstock Nation
Did we discover “Alien technology” and reverse-engineer it?
A lot of people have wondered ever since the first reported UFO crash, if we had come into contact with Alien technology. Highly advanced technology that we managed to reverse engineer and utilize for our own purposes.
According to Jack A. Shulman, president of American Computer; the invention of the transistor may have been inspired by the study of the remains of a crashed alien spacecraft, basically reverse engineered technology.

Edgar Mitchell ignited further controversy, by requesting the creation of a commission to find out if it is true that some military and civilian estates have used alien technology.
Alien Technology and humans reverse engineering it was first mentioned in 1997 when, American Computer Company (ACC) suggested the possibility that the study of the remains of a crashed alien spaceship in Roswell in 1947, or another crashed Alien spaceship might have been definitive for the development of the transistor, made in 1948 by Shockley, Bardeen and Brattain doctors in the Research Center of Electronic Circuits at Bell Laboratories.
The basis for such claims are a series of documents and testimonies that supposedly were in possession of ACC. This theory matches the stories of many others, among them, former Lieutenant Colonel Phillip Corso, who in his book; The Day After Roswell, claims being part of the team that handed the remains of the crashed object and delivered parts to different departments of Bell Laboratories.
Edgar Mitchell, lunar module pilot of Apollo XIV and sixth man on the moon, has also joined the controversy by declaring that he believes that some military and civilian companies used technology that did not originate on Earth originally.
Many ufologists and independent researchers believe that this technology, of extraterrestrial origin, is in the hands of a shadow government that acts independently.
The sudden “invention,” or better said, re invention of the transistor was a real technological revolution, as it involved something radically different from what scientists were doing before.
Prior to 1947, only vacuum tubes and germanium and selenium diodes and, elements which are found in nature were used. The transistor supposed the appearance of the semiconductors, for which scientists used artificially created materials, based on silicon and other elements.
According to ACC, among the remains of the alien craft crashed, researchers found several other technologies; nuclear Energy, robotics, computer systems and communication devices. Many of the pieces of Alien technologies are still being studied and tested today.
Interestingly, according to ACC, one of the allegedly found parts was composed of silicon and arsenic, and showed, under a microscope, a series of extremely complicated circuits. This “device” could act as high-speed electronic switch and as an amplifier, which inspired the invention of the semiconductors.
ACC presented many pieces of “evidence” in a meeting held in October 1997 at the University of Princeton where members from ACC highlighted a number of books dated from 1947 and, according to ACC, even from Bell Laboratories, which contain executive orders for the analysis of the secret technology found in “an unknown object.”
Many ufologists state that the transistor wasn’t the only technology inspired by recovered alien technology. Lasers, fiber optics, solid state circuitry and large-scale systems could all be inspired based on the reverse-engineer Alien technology.
What do you think about the possibility that scientists managed to reverse-engineer alien technology in the past? And is it possible that this “otherworldly” technology helped us advanced technologically as a civilization? There are many questions regarding this theory, but the possibilities are endless.
Here is the announcement from The America Computer Company:
[This text is reproduced verbatim from a posting at the American Computer Company website, dated April 2, 1998. CNI News does not necessarily endorse the views put forth in this text.
See http://www.American-Computer.com/announceatt.htm]

OUT OF MIND » DISCLOSURE » UFO VIDEO ARCHIVES » UFO News ~ 8/05/2015 ~ This Day In UFO History: Glowing UFO Ball Flies Over Nuclear Missile And Bomber Base and MORE