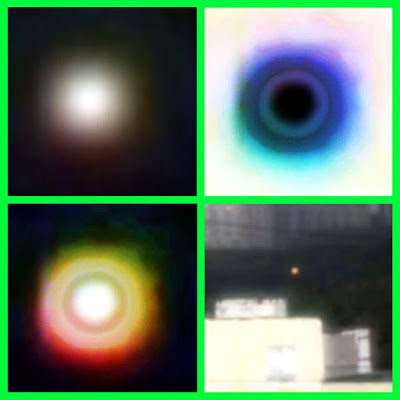 This glowing orb was buzzing silently around the tree tops near some buildings in Moscow. The eyewitnesses believe it to be ball lightning, but ball lightning is much smaller than this. Ball lighting is always just a few cm across. This UFO was about the size of a motorcycle. Ball lightning last for under one minute, this didn't die out, but instead lasted 15 minutes, then it flew away up into the clouds.

Look at the above screenshots and you will see different filtered versions of the orb. There is a second ring of light around the ball. This is new. This UFO flies like its alive and curious. When a girls scream is heard, it shoots upward and disappears into the clouds, as if the scream frightened it. Its self aware. I wonder, did the UFO cause the storm a few minutes later? I think so.
Scott C. Waring
www.ufosightingsdaily.com 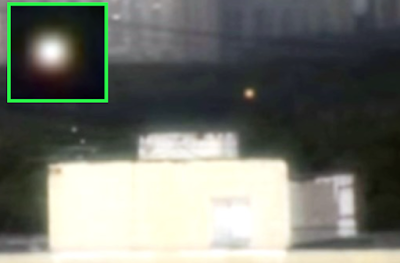 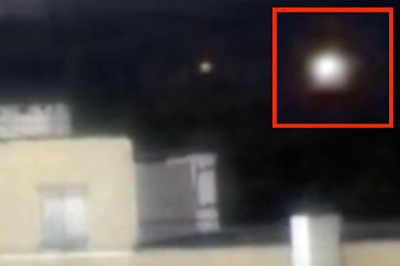 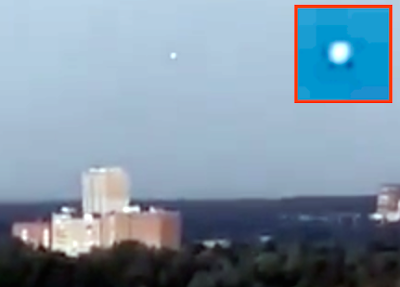 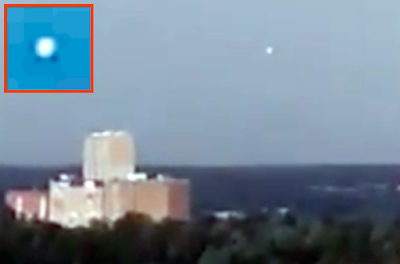 Eyewitness states (Translated from Russian):
Before we started shooting, the whole family watched it for about 15 minutes. The assumptions were different. When we realized that this was not a ball, it began to take off on camera. Everything happens on the background of "orange" warning MOE, it was not raining, but at the time of disappearance of the object (on the other side of the house, it did not appear), immediately it poured rain and the storm began...

Do cows let each other know about alien cattle mutilations and abductions? It sure looks that way in a new video from Chile showing a UFO checking out a farm when a cow suddenly rushes by heading for the barn. Can animals sense UFOs like they sense earthquakes?
The video is reported to have come from a surveillance camera on a building in Limache in the Marga Marga Province, Valparaíso Region in the middle of Chile. It was taken on August 4th in the afternoon. The camera does not appear to be fixed, since it seems to follow the path of the UFO over varying geography. It (the camera) either has the ability to track unusual objects or was under control of a human. Someone later added captions to the video noting the running cow and the birds observing the UFO. At 13 minutes, it’s unusually long for a UFO video.


Chile is well known for UFO sightings, especially around its active volcanoes like the fleet of UFOs seen at the erupting Calbuco Volcano in April 2015. UFOs have also been spotted frequently over Chile’s numerous copper mines , perhaps looking for fuel or metal for repairs.

Limache UFO hovering
This UFO in Limache did not appear to be looking at a volcano or peering into a mine. Instead, it seemed to be checking out the farm or ranch, stopping and hovering as if to observe or search for something. Genetic material perhaps? One of the theories about cattle and other livestock mutilations is that only aliens could make such speedy and sophisticated dissections of animals out in the middle of a field, often in the dark, and leave little or no blood on the ground and sometimes none in the animal either.
The cow in the video seems to have seen the UFO and ran for the barn. Was it just spooked by noise or did it sense danger from the UFO? Were any other animals missing or acting strangely? It would be helpful to check the grounds of the farm for radiation or electromagnetic fields since the UFO seemed to be so low.
If only Google Translate could understand bovine.

We didn’t see anything

We have updated the website with the posting of 148 new reports, submitted to our Center since July 31st.

When reading the newly posted reports, please be on the lookout for errors and flawed reports.  We proofread all the reports before we post them, but there is always the possibility that we may have overlooked errors and hoaxed reports.  If you encounter what you believe may be an error, please forward the information to director@ufocenter.com, and we will address the issue at our earliest convenience.

Peter Davenport will make his weekly appearance on Coast to Coast AM, hosted by George Noory, on Thursday, August 6th, at approximately 10:15 p.m. (Pacific Daylight Time).  Peter will discuss several of the most interesting of the newly posted reports.

Peter will also make his monthly appearance on the Jeff Rense Radio Program on Friday night, August 7th, at from 7:00 p.m. to 9:00 p.m. (Pacific Daylight Time).  Jeff and Peter will host Scott and Suzanne Ramsey, as well as Dr. Frank Thayer, all three who co-authored “The Aztec Incident:  Recovery at Hart Canyon,” (Aztec.48 Productions, 2011), and who recently have co-authored a sequel to that first volume.  Their work focuses on the crash, and recovery by the U. S. Government, of a large, 100-foot diameter, metallic disc, which came to rest atop a mesa near Aztec, New Mexico, on March 25, 1948. 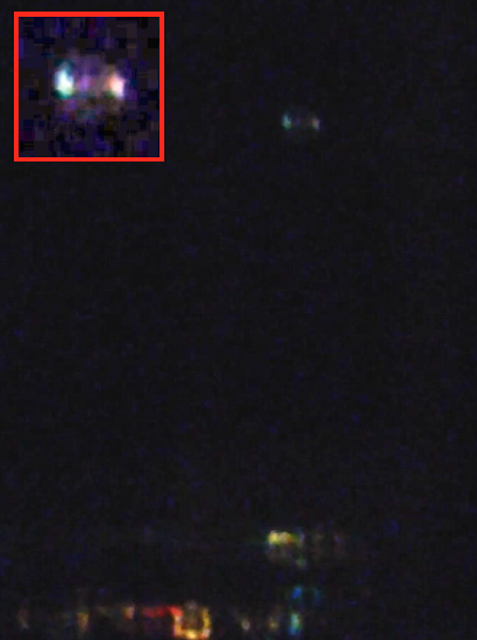 Check out this really cool flashing UFO Seen over Draper, Utah yesterday. The object is not a disk, and its not flat, but instead is sphere shaped. I tried to add light to the close up to show you (Third photo down). UFOs are comment around the desert regions of Utah. Most often seen around the mountains. The photo below, is a close up that the eyewitness caught and submitted himself with the video.
Scott C. Waring
www.ufosightingsdaily.com 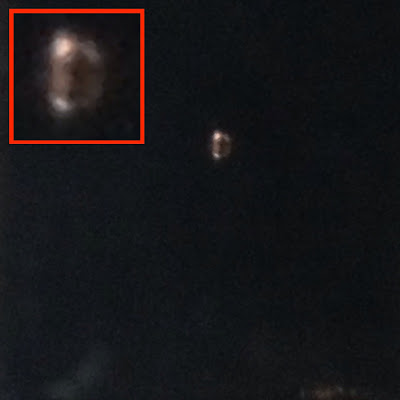 Eyewitness states:
I was walking to a room where I was sleeping on the couch. As I was getting my blanket I looked out the window and saw a bright light about a mile away over a mountain across from our house. It was very bright but not distinguishable. So I got my phone and zoomed and noticed it was flashing lights and moving so I took a picture and video of the object. I layer down and looked out my window to see the object was gone. 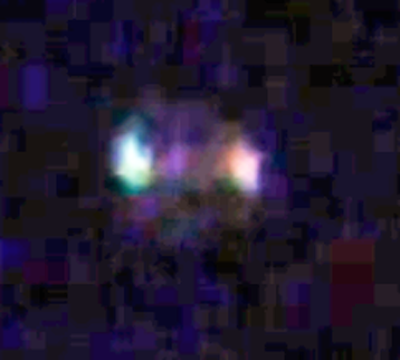