Admin
Posts : 90489
Join date : 2012-01-04
Location : Woodstock Nation
Fleet of 10 UFOs’ filmed over power station in Japan
Several UFOs were filmed over the sky of Japan in what many are calling the Alien warning to mankind.
Researchers state that in the last couple of months, UFO sightings have doubled, if not tripled when compared to previous years and months. This video footage is proof of the increasing number of UFO sightings across the world. This time, a flotilla of UFOs appeared during daytime in the skies of Japanese city of Osaka, as a set of luminous spheres with erratic movements, conquered the sky of the Japanese city. Moments after, the spheres mysteriously disappeared.

One viewer posted online: “If they are real, it could be a warning.”
Other users said: It is an incredible footage which clearly shows objects not from Earth.
Even though many users believe that this video footage is authentic and that it shows orbs of light that are not from Earth, there are many users who do not share those views stating that we could be looking at a Computer Generated image/video.
Here is the video footage of the UFOs over the skies of Osaka. Check it out and let us know what you think these objects might be? A Computer Generated image/Video? Or the real thing? 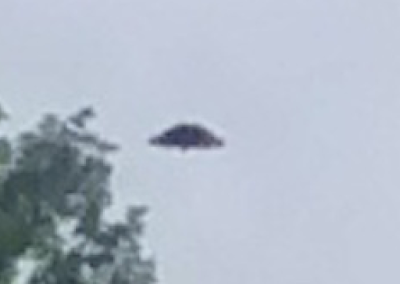 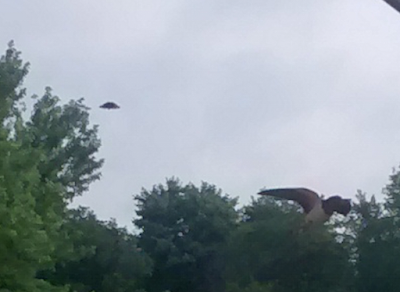 This UFO report has a classic UFO in the photo. Its a disk with a hump on its lower area. The UFO was so far away and near the tree line, that its easy to miss. Still, a lucky catch.
Scott C. Waring
www.ufosightingsdaily.com

Eyewitness states:
I was taking a picture of a small bird and when I went inside my house to show my wife,she asked me what the object was and I was very surprised to have taken a picture of a UFO in the picture. Everyone that I showed it to said I need to report it but I thought they might think I`m nuts. But I have a nice picture of the craft on my telephone. It has to be at least as big as a fighter jet or larger. 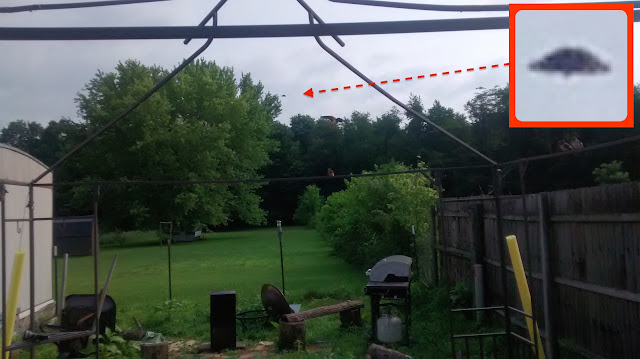 A SPEEDING UFO was seemingly spotted following in the wake of the RAF Vulcan which flew through Sussex on Saturday (July 15).


It shows a small, black object, speeding through the sky, close to the Shoreham Power Station, in Southwick.
Elaine said: “The object appears right after the Vulcan bomber has gone out of sight. It flits from the left of the screen to the centre where the video ends.
“I have slowed the video down and the object goes behind cloud briefly. I took stills from the video and zoomed in. The results are interesting. At least one other person saw the object.”
The images have since been shown to one of Sussex’s top UFO and paranormal investigators, who was ‘excited’ by the footage.

The UFO flew behind the RAF Vulcan


Malcolm Robinson, is the founder of Strange Phenomena Investigations, and has spoken about UFO phenomena at conventions across the globe.
Mr Robinson, who lives in Hastings, East Sussex, said that 95 per cent of all UFO reports turn out to have ‘natural explanations’.
He claimed that about four per cent of the reports could be accredited to a combination of ‘black budget’ stealth aircraft and rare, atmospheric phenomenon.
“The one per cent that remain, is for me, personally something which is not of this world,” he said, “The weight of evidence that I and others have gathered over the years clearly show that we are dealing with a very real and bona fide phenomenon.”

This for me, is one of the few times that a photograph have excited me and I would love to enquire more from the photographer.

Speaking of the image captured by Elaine, he said: “It certainly has the classic flying saucer shape although that in itself does not mean that it lends any credibility.
“Photographs of this nature normally show birds frozen in flight by the camera or a small insect close to the lens of the camera. But as the photographer filmed this as a pan then this certainly makes it far more interesting to me.”
He questioned whether the image could have captured a unmanned aerial vehicle or drone.
He added that the claim there were other witnesses to the incident was ‘equally interesting’.
“This for me, is one of the few times that a photograph have excited me and I would love to enquire more from the photographer,” he said.
Mr Robinson has appeared in numerous newspaper and radio interviews.
For details on his site, see here and here .