OUT OF MIND » NEW CAGE WOO SLINGERS, UFO & DINARIAN FRAUDS & THOSE THAT BUST THEM OUT! » BENJAMIN FULFORD » Benjamin Fulford: Nov 16, 2015: Paris psy-ops is part of ongoing moves towards world government 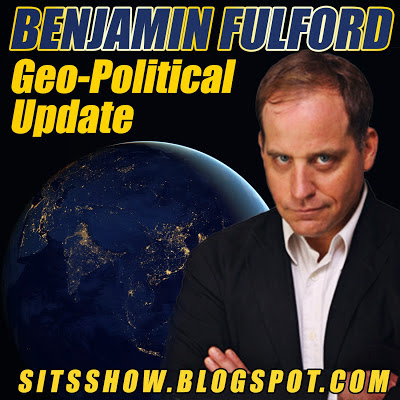 Update - The full report is provided below.


In honor of Ben's request to withhold posting the full update until 3 days, here is the partial update. This post will be updated after 3 days since its initial release; usually on Wednesday.

David Wilcock left some commentary on this update which can be found here .

I did a quick search for aftermath photos of the shooting. There are a few to be seen, but nothing is very clear. Ben's point about there being very little amateur footage is valid though. It seems implausible that not a single person squeezed a tweet or Instagram photo off, that seems unlikely, but this is pure speculation on my part.

Here's the article I found on Daily Mail with aftermath shots.

The giant psychological warfare operation, where “ISIS terrorists ” allegedly killed over a hundred people in Paris, on Friday the 13th , November, 2015, was just part of ongoing horse trading towards a world government.

To understand this, let us look at some key events surrounding the events in Paris.

First of all, the fact that thousands of witnesses all carrying video phones were unable to record the events of that day alone proves it was just a massive propaganda event, NSA and other sources agree. In addition, all 8 security camera feeds to the areas where the supposed massacres took place had been shut off, implying high level cooperation from the French security police, CIA sources say.

Next, let us look at what has resulted from this event. France has implemented martial law and closed its borders. This is classic Gladio strategy whereby a manufactured terror incident is used to implement a military government.

Furthermore, the French have been pushing, through their proxy Christine Lagarde, head of the IMF, to replace the US dollar with the IMF’s SDR. This is to be decided at a meeting on November 30th.

November 30th is also the day when 120 or so world leaders, including those of Russia, the US and China, are to gather in Paris to “discuss global warming.” As anybody who actually checks facts knows, “global warming ” has nothing to do with scientific truth and everything to do with forming a world government. The idea is to finance this world government with a global “carbon tax.” The world itself is not warming and even if it was it would be due to solar cycles and not CO2.

However, the events in Paris and unreported but even more dramatic events in the Middle East are, nonetheless, part of some very serious infighting between various factions struggling to dominate the world government that is being negotiated.

There is also conflicting evidence about exactly who staged the events in Paris and other similar psy-ops that are appearing with increasing regularity.

The Russians, still furious about the shooting down of their airplane on Halloween (October 31st) , say it was the same people behind that as were behind the events in Paris. Russian President Vladimir Putin is saying he will “not deal with the dog that has bitten him, it is the owner of the dog who will be held responsible.”

According to the Russians the owner of this particular “dog,” is the Vanguard Corporation and their subsidiary Raytheon. The owners of this corporate holding company are being systematically hunted down by the Russians.

The Russians say “‘Putin’* bombed several ISIS oil-producing companies and a motorcade with oil that was already bought by ISIS business partners, and ‘Maniac Putin’ bombed ISIL refineries.” In other words they have started attacking the owners of ISIS in their wallets where it really hurts. They say this is just a beginning.

Pentagon and CIA sources agree with the Russians that the Khazarian mafia and their proxy Israel are reeling under unprecedented attack. Inside Syria, government forces have recaptured Aleppo, the second largest city in that country. In addition, ISIS have lost the city of Ramadi and the town of Sinjar in Iraq.

Furthermore, the Russians are carrying out airstrikes against Khazarian proxy forces in Lebanon while the Americans are attacking them in Libya. This is having the effect of cutting off all their oil and drug income.

In addition to that Israel is under economic siege. Israeli arms manufacturers have lost 50% of their sales since 2012 due to an arms embargo.


[Below is the remaining portion of Fulford's update this week]
Israel also remains under a Chinese, Russian and Pentagon military blockade that will not be lifted until they withdraw from all illegally occupied territories. Even Israeli lobbying to keep the Golan Heights was rejected.

Both the Pentagon and the Russians believe the Khazarian mob and their ISIS proxies staged the Paris attacks as revenge against these setbacks. Pentagon sources say the attacks were a failed effort to get NATO to fight on behalf of Israel in Syria. Instead, the G20 nations just meeting in Turkey agreed that Israel and their bribed politicians in the United States were the leading world cause of terrorism.

The Russians are, for their part, also saying that France was targeted because the French and the Germans were trying to stop the Kazarian mobs’ distribution of forged “super-k” dollars in the Ukraine.

The refugee crisis is also seen by the Russians as punishment against the Europeans. The Russians say they have forensically traced all the twitter accounts encouraging refugees to go to Europe to the city of San Francisco in the United States.

There may be a deeper agenda at work though. For one thing the refugee crisis has forced most countries in the EU to re-impose border controls. At the same time an emerging socialist government in Portugal is asking for a reduction in debt payments, likely reigniting the debt crisis that is still sputtering away in Greece. If they get a cut in debt payments then Spain, Italy and Greece will ask for the same and thus threaten the Euro.

Remember the European Parliament Building was designed many years ago to resemble to Tower of Babel. The Tower of Babel collapsed making one wonder if the Euro government was also designed, from the beginning to collapse.

Next remember the January cover of the Rothschild owned Economist magazine featuring two arrows with the numbers 115 and 113, a close match to 151113, the date of the Paris attacks. Right beside the arrows in the picture is Alice from Alice in Wonderland staring at a Da Vinci Portrait that is in the Louvre Museum in Paris.

[See the below linked article with a further breakdown of the Economist Magazine's prediction of attacks in November.]

The portrait in the Louvre is of a woman who, the story goes, was mistress to the King of France. Her husband, to get revenge on the king, infected himself with syphilis in order to pass it on to the king through his wife.

So, if we are to speculate further, the [url=http://sitsshow.blogspot.com/search/label/paris attacks]attacks in Paris[/url] were a long planned revenge against the bloodline French establishment by anti-bloodline Illuminati.

Occult speculation aside, since the Germans pay the most into the Euro and the French benefit the most, the end of the Euro would hurt France most of all. So, clearly the French establishment benefits from martial law in such circumstances.

Also, as mentioned at the top of this article, there is a big world gathering starting in Paris on November 30th to discuss “global warming” aka “global governing.” Again martial law and closed borders would help protect the 120 world leaders gathering there.

As most of the speeches by world leaders at the UN 70th anniversary bash in September made clear, there is a consensus that changes need to be made in how we run the planet. The countries that did not share in the American, British, Chinese, French and Russian World War 2 victory table want these countries to give up their monopoly on vetoes in the UN Security Council. Most countries also agree that more needs to be done to fight poverty and end environmental destruction.

There is clearly a consensus among current world leaders that some sort of new rules for running the planet, essentially some sort of world government, is needed.

So what are the identifiable factions in the negotiations towards a world government?

The French, Germans and their European allies are pushing to make the IMF the most powerful instrument of their New World Order by inviting the Chinese to join them at the SDR table and thus replace the US dollar with something they control.

Related China's Yuan Takes Leap Toward Joining IMF Currency Basket
The only problem with this is that the IMF has a horrific track record of raping, looting and impoverishing countries in order to benefit large corporations. Nobody wants an IMF world government except the people who now control the IMF.

Related Source Documents for Legal Fraud | HERE ARE LAWS MOST DON'T KNOW, BUT SHOULD

The Pentagon and the US military industrial complex are pushing for a meritocratic world government of the sort seen in Star Trek. The Gnostic Illuminati also support this.

The Chinese also believe in meritocracy but with one important difference, they want to make sure any meritocratic world government doesn’t end up being controlled by Westerners.

That is why there is a proxy fight going on between the military industrial faction (stronghold of the illuminati) and the Chinese. This is being seen in the US military taking over the Federal Reserve Board dollar printing press inside the United States and the Chinese reaction of cutting off trade credit to the US.

The Americans are reacting by offering countries around China “protection” against the Chinese. They advertise their willingness to stand up to China by sending planes and ships into disputed territories controlled by China.

At the end of the day the Chinese and the US/Western military industrial faction are likely to find some sort of compromise involving greater non-Western control of world institutions. The reason is because the alternative, World War 3 and the destruction of 90% of the planet, is unthinkable. In other words, given a choice between win-win and lose-lose, it’s easy to guess who win-wins.

The losers in all this will be the Khazarian mafia who are being forced to give up their dream of enslaving humanity into their 1000 year reich. Illuminati sources say they expect another Khazarian incident on or around thanksgiving (November 26th).

*Actual Russian sources, by the way, put “Putin” in quotation marks because they say he is actually a representative of their collective decision making and not an individual exercising actual leadership.


[Help support Benjamin
by purchasing a subscription at benjaminfulford.net ]

OUT OF MIND » NEW CAGE WOO SLINGERS, UFO & DINARIAN FRAUDS & THOSE THAT BUST THEM OUT! » BENJAMIN FULFORD » Benjamin Fulford: Nov 16, 2015: Paris psy-ops is part of ongoing moves towards world government