UFO News ~ UFO Seen Over Vineyard in Argentina and MORE

UFO Seen Over Vineyard in Argentina

Have aliens developed taste for the fine wines of Argentina? That could be one reason why a UFO was spotted recently over a famous vineyard in Argentina – a vineyard named for a cruel practice of one of its owners. The name also belongs to a copper mine in Ecuador. With UFOs often seen at these mines in South America, could this possibly be a case of aliens reading their map wrong?

Magnified image of Argentine UFO
The UFO was spotted at 4 am on November 4th by an unnamed woman in El Challo, a town in the district of Mendoza in western Argentina. She managed to make a shaky recording of the UFO with her cell phone.


The woman also mentioned that the UFO was over El Mirador. That’s a vineyard in town whose name translates to The Tower. Why? A notorious owner of the vineyard used to stand on a tower and watch over his workers. Nice guy. Then again, the Argentine wine industry is the fifth largest in the world and is centered in Mendoza. Could this be why the UFO was visiting? Is “The Tower” a beacon for some of the best red wine in the universe?
While local wine could explain this UFO sighting and a previous one in 1959 of a daytime disc-shaped object, there may be other reasons. El Challo is also home to a stunning glass pyramid-shaped church, the Sanctuary of Lourdes , which is annually visited by tens of thousands of devotees of Our Lady of Lourdes. Were aliens attracted to its unique architecture or in need of a miracle?

The Sanctuary of Lourdes in El Challo
Then there’s the copper mine. UFOs have long been attracted to copper mines (as well as other metals mines), particularly in South America. The El Mirador mine in Ecuador is one of the largest copper mines in Ecuador and the world. Did the Argentine UFO have a faulty GPS that took it to the wrong El Mirador?
Was the UFO over El Challo looking for a glass of Argentine Cabernet Sauvignon? Were its occupants seeking solace or a miracle at a beautiful pyramid-shaped church? If so, would the worshipers welcome them? Do aliens get lost too? Or was it something else? 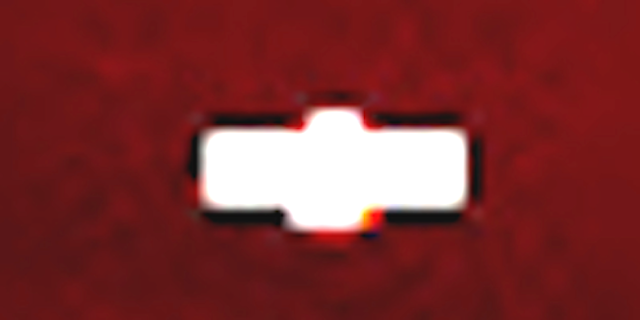 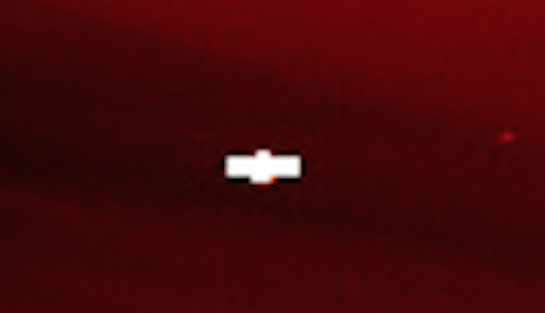 This is a cool looking UFO. Its a very simplistic design and what one would expect a larger UFO to have. The body of the ship looks very white, but thats only because the heat of the sun is making it very hot...thus it shows up white. The darker outlines are areas that are very cold.
Scott C. Waring
www.ufosightingsdaily.com

Eyewitness states:
This could be just malformed pixels. The way it's shaped though suggests otherwise. Just my opinion. If anybody is messing with these pics then speak to the ESA or NASA, not me I am only the messenger.