OUT OF MIND » POISON PLANET » VACCINE TRUTHS: MEDICAL INDUSTRY LIES » The Origins of Vaccines Will Shock You!

The Origins of Vaccines Will Shock You!

Tabublog
Taken from VACCINE ORIGINS REVEALED
Vaccination came from the Vatican via Great Britain at the exact same time as Darwins “Evilution of Species”. Coincidence?
Definition of terms for this exposé. Vaccination and inoculation are often used interchangeably today.
Medicine man Edward Jenner was the father of modern vaccination!!
Edward Jenner—a quack doctor— was the father of the filthy practice of vaccination:
Jenner invented a new disease—VARIOLAE VACCINAE—smallpox of the cow!!
*****

Must Read! Full Jesuit Blood Oath (source)
To fully understand the origins of vaccines, one must be versed in Jesuit Conspiracy and who the Jesuits really are, including the Black Pope and the first Jesuit Pope in 600 years, Pope Francis as well as their militarized army, the Knights of Malta, of which George H.W. Bush, Colin Powell, Michael Bloomberg, etc. are all members.  This video will help to give you background as well as my links on their history.

Abstract on Who Really Runs and Controls All 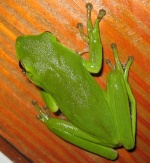 I know me either.... but I hope that it did shock a few on my facebook share. lol

OUT OF MIND » POISON PLANET » VACCINE TRUTHS: MEDICAL INDUSTRY LIES » The Origins of Vaccines Will Shock You!