OUT OF MIND » PERCEPTUAL AWARENESS » THE SHIFT IN CONSCIOUSNESS » US Army UFO Retrieval Team Member Clifford Stone on Our Galactic Family, July 22, 2012 2012 July 21

Sergeant Clifford Stone, now retired, served for 22 years in the Army and was a member of a top secret UFO crash recovery operation, which catalogued 57 different extraterrestrial races, many of whom were very much like us.

His role included serving as an interface between the government and extraterrestrial visitors, where he used his special abilities to communicate telepathically with them, which he has done since he was a child.

At times emotional, Clifford shares an experience coming upon a crashed craft and it’s occupants, and shares how in another encounter he helped a star being escape from custody. We discuss the five star beings who were with him as a child, how extraterrestrials are assisting humanity and earth, ET spirituality, technology, unity consciousness, multidimensions, universal love, time travel, how ET’s assisted ancient cultures, Disclosure, and more.

Our Galactic Family airs on Sunday, July 22, 2012 at 8pm EDT or 5pm PST. Click the link below to listen live or to the archive after the show: 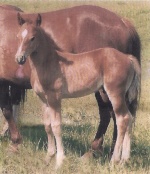 OUT OF MIND » PERCEPTUAL AWARENESS » THE SHIFT IN CONSCIOUSNESS » US Army UFO Retrieval Team Member Clifford Stone on Our Galactic Family, July 22, 2012 2012 July 21