Vatic Note:   My first question is "Is there any news on the investigation into all these deaths of natural healing Doctors and Dr. Gonzalez specifically?"   If so, those of us committed to natural healing would like to know about it.  What did the autopsy show?   There have been other unexplained deaths in other fields as well.   13 Astronomers have died over a very very short period of time, and right around the time of the dark star arrival news.   I have not been able to find any follow up to that as well.

All these deaths in all these different fields, maybe just a coincidence, and the fact that so many are in the same field of study, may also be just a coincidence, but as a judge would instruct a jury "you must ask, after considering the evidence, 'what would a "reasonable" man think?  Critical thinking, which they do NOT teach in schools anymore, leads to  Deductive and inductive reasoning which are crucial to considering all these coincidences.  You read and decide.

FUND RAISING STATUS:  The date of the 15th is the date we start our fund raising due by the first of the month.   Our deficit is now down to $100, due to the generous donation of a regular reader and we ask that you donate to help keep us up on the net to do the exposing that is so desperately needed.   Thank you for all your support. 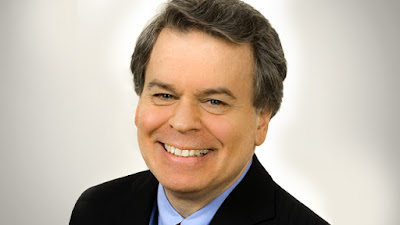 Dr. Gonzalez is best known as a pioneering holistic cancer treatment doctor who helped many thousands of people overcome cancer through the use of complementary and holistic treatment protocols.

"It is with great sadness that the office of Nicholas J. Gonzalez, M.D. relays news of his untimely death on Tuesday, July 21, 2015. The cause of death was cardiac related, it appears, as he suddenly collapsed and was unable to be revived. Dr. Gonzalez was in excellent health otherwise so his passing is quite unexpected," reports the Dr. Gonzalez website .

Dr. Gonzalez's influence across the alternative medicine world can't be overstated. He was loved and cherished by millions, and he was prominently featured in countless books, documentary summits , interviews and articles. He collaborated extensively with Suzanne Somers, author of the widely acclaimed, lifesaving book, "Knockout: Interviews with Doctors Who Are Curing Cancer -- And How to Prevent Getting It in the First Place." (The book is a lifesaver for those considering conventional cancer treatments.)

See the complete collection of Dr. Gonzalez's interviews with Robert Scott Bell at this link . These radio interviews span four years and cover an exhaustive array of topics on cancer prevention and advanced cancer treatments.

Dr. Gonzalez is also the author of What Went Wrong: The Truth Behind the Clinical Trial of the Enzyme Treatment of Cancer , where he blew the whistle on a concerted effort by the cancer industry to destroy evidence of a readily available, low-cost cancer treatment protocol that could have saved thousands of lives a year.

"Dr. Gonzalez leaves a legacy of faith, healing, and genuine love for people and the pursuit of medicine. We are heartbroken at this loss, but determined to keep his work and his memory alive," says his website.

What else we know about his untimely passing
With respect to Dr. Gonzalez and those close to him, there are certain details of his passing which shall remain private. The things we believe are appropriate to share publicly include these facts:

• He passed away alone, and his body was discovered some time after his passing.

• An autopsy has not yet been performed. We are not aware of whether an autopsy is being requested.

• Everyone close to him is shocked of his passing, knowing that he was in excellent health.

There is currently no evidence of foul play in his death. I am aware that a number of people are reporting on what appears to be a sudden wave of seemingly mysterious deaths among alternative medicine doctors and industry pioneers. There will no doubt be a tremendous amount of speculation that asks whether Dr. Gonzalez has somehow been deliberately killed. Such speculation is entirely premature, as none of us are aware of any facts which would support such a notion at this time.

We can't rule it out, but there is presently no evidence that foul play is to blame here.

Out of respect for the partners, family members and close friends of Dr. Gonzalez who are devastated by this tragic loss of such an extraordinary human being, I am personally asking the natural health community to allow these people the time and space to grieve this devastating loss without the interference of trying to deal with "assassination theories" and similar discussions.

There will be an appropriate time for that analysis, and I will be personally involved in the investigation. However, that time is not today. Today we collectively mourn the loss of an extraordinary human being who helped save countless lives over decades of practicing healing medicine. May his soul be richly rewarded for his contributions to humanity and his courage in standing up for the truth about healing cancer.

Dr. Gonzalez will be lovingly remembered by all of us at Natural News.

The lost interview with the late Dr. Nicholas Gonzalez: Chemotherapy drugs are derived from World War I nerve gas chemicals

Monsanto: The world's poster child for corporate manipulation and deceit

Vicious vaccine culture war now being waged against informed, intelligent Americans who seek to protect their children from deadly side effects

131 Ways for an Infant to Die: Vaccines and Sudden Death
Learn more: http://www.naturalnews.com/050500_Dr_Nicholas_Gonzalez_unexpected_death_alternative_cancer_treatments.html#ixzz3xZvTsUZe
The article is reproduced in accordance with Section 107 of title 17 of the Copyright Law of the United States relating to fair-use and is for the purposes of criticism, comment, news reporting, teaching, scholarship, and research.