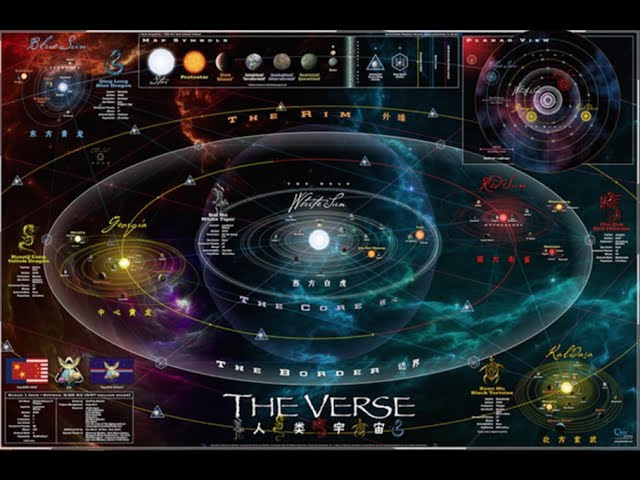 ADVERTISEMENT
There’s some debate over just how many planets our solar system has because Pluto never gets a break . But the argument is about to get a lot weirder with the announcement of a potential new planet circling the sun. Meet Planet Nine, the planet we didn’t know existed.
To be fair, Planet Nine is really, really easy to miss. It’s billions of miles away from the Sun, so far away its average year might be 10,000 to 20,000 Earth-years long. It’s also 10 times the mass of Earth.
It also might not exist. Planet Nine hasn’t been directly observed yet. Instead, Caltech researchers found it by, essentially, proving that it had to exist  according to the laws of physics. Basically, astronomers have known something was up with the Kuiper Belt, a collection of rocks at the edge of the solar system, for a while now. Several large objects in the Belt were moving not as if they were orbiting the sun, but almost as if they might be orbiting, or at least affected by the gravity of, another large body. So they used mathematical models and simulations to demonstrate that there might be something out there, winging its way around the void.
The team agrees it could very easily not be a planet, but that it’s difficult to figure out anything else it could be. And this fills in a lot of astronomical blanks about the Kuiper Belt, as well, adding precedence to their theory. So now, of course, the race is on: Who’s going to directly observe the ninth planet in our solar system? And what will we name it? We’re running low on Greek gods, how about superheroes? Batman could use a planet named after him.
Source: Caltech

We interviewed legendary voice and radio show host John B. Wells on many related topics.. Click below to listen! Also below is an interview we did with Bob Fletcher on Planet X and underground cities! 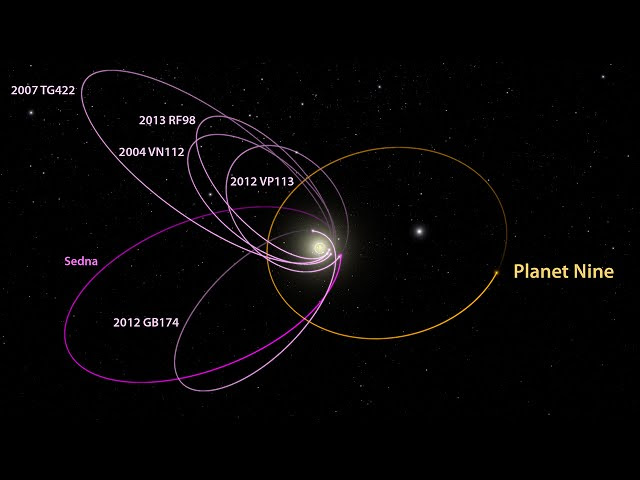 This is the journalistic mountaintop: Soon after we published our story Wednesday on the conjectured Planet Nine , our article was cited as a footnote on the Wikipedia entry for the “Nibiru Cataclysm.”

You know about the Nibiru Cataclysm, right? I should confess that, although I have reconnoitered some eerie redoubts in the land of pseudoscience, I've never spent any time with the Nibiruvians (knowingly). So I have to rely here on the aforesaid Wikipedia entry.

Apparently Nibiru is an inhabited planet hidden somewhere in our solar system, and it periodically swings by the Earth, either crashing into us or coming too close for comfort, and in some fashion or other we humans interact with the aliens, and interesting things happen. [Mental note: Remember to beware of aliens running around with a book titled "To Serve Man." ]

A visionary who channels aliens popularized the Nibiru concept back in the 1990s, and the actual name "Nibiru" was plucked from the writings of the late Zecharia Sitchin (he used to mail me letters occasionally), who discerned evidence for such a planet in ancient Sumerian writings.

Backing up a second for the big picture: There are people who strongly believe that human history, and reality more broadly, is different from what you're told in the textbooks. Theirs is a kind of alternative universe, one in which evolution, for example, is inadequate to explain our emergence as a technology species.

These alternative narratives invoke external agents: aliens. In some versions, we have alien blood. Another common trope is that we have something the aliens need, and so they come to sample our DNA. These are stories that often claim that we should not assume ourselves to be the highest form of intelligence in the universe (a straw man argument), but have at their core a belief in human exceptionalism in the context of life on Earth. We could not possibly have evolved from common beasts without assistance or some extra alien juice in the mix.

Also, catastrophes happen. Biblical events have astronomical origins. This goes back to Immanuel Velikovsky, and "Worlds in Collision." And you know there's a Face on Mars, and all manner of living things hopping and crawling around Mars right now, despite NASA's denials! Eschatology, exoarcheology, alien invasion, there's a lot going on here. I'm not trying to debunk any of this, because as you know, debunking doesn't work, it just makes the believers bunker down further.

[The Face on Mars is easier to see after about nine beers.]

NASA has had to deal with rumors of killer planets lurking in the solar system. In 2012, the agency put out a statement saying that no, the world was not going to come to an end on Dec. 21 of that year, despite rumors of a Mayan prophecy foretelling Doomsday. The NASA statement specifically said that there was no evidence that a hidden planet was going to invade the inner solar system and crash into the Earth. NASA's own David Morrison explained why we knew this not to be so:


"If there were anything out there like a planet headed for Earth, it would already be [one of the] brightest objects in the sky. Everybody on Earth could see it. You don't need to ask the government, just go out and look. It’s not there.”

We asked Morrison by email on Wednesday why people so often believe in these things. Morrison, just for the record, is very much an advocate of surveying the heavens for potential asteroids and comets that could pose a threat to the Earth, so he's not exactly complacent about space and its contents. He tells us:


"These concerns about Planet X etc. are the products of this distrust of authority, and they are coupled with a myth about conspiracies with the 'government' or 'scientists' or the 'media' intentionally suppressing the truth. What makes this different (in my opinion) is the denial of science seems to be self-generated, not the result of organized efforts to undercut science, as in the risk of smoking or the threat of global warming."

But what about Planet Nine? Does the possible existence of this thing mean that everything we thought we knew to be true might actually be wrong and that we should truly be worried about stuff that is espoused by people channeling alien beings who come from, like, the Pleiades?

Should we worry that Planet Nine might someday, you know ... head our way?

A few facts to remember.

The orbit of this conjectured planet never takes it anywhere closer to the sun than 200 Astronomical Units (AU), according to astronomer Mike Brown of Caltech, one of the two authors of the new paper proposing the existence of Planet Nine. One AU is the mean distance between the Earth and the Sun. At the far end of its highly elliptical orbit, Planet Nine is at 600 to 1,200 AU. (No one has seen the thing and its existence is merely inferred from the orbits of smaller bodies in the outer solar system.)

Also: Planet Nine may not exist. This is a conjectural body. When we talked Wednesday to NASA's Jim Green, the director of planetary science for the agency, he began his remarks with a strong dose of skepticism:


"There might be another explanation. The explanation might be that this region beyond the Kuiper Belt is full of stuff and they’re just uncovering what they are."

Even the scientists who have found evidence for Planet Nine are not claiming a discovery. One gave the odds of it being there at 60 percent; another said "maybe" 90 percent. This is enough data to tell you that we're still in a stage of speculation, and that the most important word here is "maybe."

From September 2015: Is there a "massive perturber" out there beyond Pluto?

An interview with "Pluto killer" Mike Brown, author of the new study on Planet Nine

More about those "alien megastructures" orbiting a distant star

Joel Achenbach writes on science and politics for the Post's national desk and on the "Achenblog."

Thanks to: https://www.washingtonpost.com
and: http://paper.li