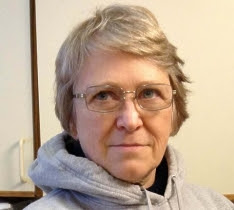 In Re: American Amritsar

We should have heard it at Ruby Ridge, and somehow, despite the facts, did not.  A young Mother shot to death along with her baby and young son and the family dog for no reason by FBI Agents.

We should have heard it again at Waco, Texas.  A private community of people invaded, gassed, fire bombed--- again, with no credible reason by federal agents of the Bureau of Alcohol, Tobacco, and Firearms. Exactly where were the stockpiles of alcohol,  tobacco, or  firearms at Waco?

And now, a caravan of peaceful Americans on their way to a public meeting to discuss unlawful actions of the Bureau of Land Management (BLM)-- ambushed, murdered in cold blood, and subjected to false arrest by members of the FBI and "STATE" police.  What "STATE" of Oregon would that be?  A  bankrupt corporate franchise of the French Corporation known as the UNITED STATES, or the actual state of the Union owed to the people of Oregon?

Initial attempts are being made by the FBI to claim that it was being hindered  in the accomplishment of their "official duties"---- let's make it very clear that the members of the FBI are no longer public officers and have no "official duties".  They are commercial mercenaries acting under color of law at the behest of private, mostly foreign-owned banks, including the IMF, and dirty politicians.


Just so everyone is clear here--- the UN Corporation was set up in France several years before the United Nations was chartered.  The UN Corporation chartered the IMF, also in France. The IMF then chartered the UNITED STATES, which set up franchises for itself called the STATE OF OREGON and the STATE OF WISCONSIN and so on, and set up shop here in the business of providing "essential governmental services".

Since when did ambush, murder, false arrest, kidnapping and misrepresentation of our political status become a "service"  that we are paying for?

The facts of the matter are these:  these "agencies" are nothing but private subcontractors of the UNITED STATES, INC. and its STATE OF OREGON franchise--- foreign commercial mercenaries acting under color of law on our soil, wearing uniforms and flashing badges and pretending to be part of our lawful government when they are not.  The FBI is a private security force hired and maintained for the purpose of racketeering under color of law in this country.

It is always the same.  Banks behind the scenes hire some of us to kill and defraud others of us and these "agents" commit these horrible crimes, because they are ignorant dumb brutes, trained from birth to take orders without question.  Just like the Nazis.  Just like the British at Amritsar.  Just like the First Order troopers in the newest version of Star Wars.

Always, we Americans seem to buy both ends of the stick, abused both coming and going.  If we shoot, we shoot ourselves, because it is Americans who are being hired to do this dirty work for the British Crown and the French Government and the bankers in back of it all.

This time, we have no excuse for not hearing the guns at Amritsar and Concord.

The States of America are still alive, still here despite all the lies that the Queen and her minions can tell.  Our people are still sovereign.  We've been defrauded and abused by international banks and members of the Bar Associations, but then, who hasn't been?  The fraud stretches back 150 years, but that is of no concern: there is no statute of limitation on the crime of fraud, and fraud vitiates all that it touches ever afterward.

The Fraud Reset Button takes us back to 1860 and the election of Abraham Lincoln, a lawyer prohibited from holding any public office in our government by our actual Constitution known as The Constitution for the united States of America, but who was nonetheless elected to serve as "President" of the United States--- a commercial trading company that Lincoln bankrupted in 1863.

At the end of the Civil War those responsible booted up a new corporation calling itself The United States of America (Inc.) and they published a brand new corporate charter deceptively named "the Constitution of the United States of America" and they busily began amending it however they pleased without ratification by the states.  All Amendments from the 13th onward are private by-laws of a private for-profit governmental services corporation and its successors, having no meaning or applicability as public law.

Via the simple process of incorporation the con artists responsible removed the Federal Government off the jurisdiction of the land and out from under the actual Constitution and Law of the Land, and placed all their offices and operations in the international jurisdiction of the sea and under the Law of the Sea. Either by guile or by ignorance, state governments followed suit and incorporated their operations with the same result.  So did the units of county government.   They were bribed into doing this with promises of "federal revenue sharing"----- that is, kickbacks from IMF racketeering profits.

Since then two large colluding banking cartels -- the Federal Reserve and the International Monetary Fund -- have kept us entertained with every form of banking and securities and bankruptcy and probate fraud imaginable.  The IMF has been responsible for the actions at Ruby Ridge, at Waco, and now, in Oregon, where a sweet and innocent young man lays dead. His blood is on your hands.


How much are we to charge you for what you can never undo or repay?

You, Monsieur President Hollande, have sent your private-for profit corporations over here to do business selling us "governmental services" and let them run rampant, without enforcement of their charters and without respecting your treaty obligations owed to the united States of America and the American people. You have let them operate as inland pirates and racketeers on our shores for which we hold the French Government responsible.

You, Mr. Obama, have followed your own master, the British Crown, and allowed the same despicable performance--- probate fraud, bankruptcy fraud, banking and securities fraud, racketeering, unlawful conversion of assets, mischaracterization of political status, violent armed extortion,  kidnapping, inland piracy, press-ganging, identity theft, personage, barratry and more -- crimes that have been for the most part outlawed worldwide for between a hundred and two hundred years.  For that, we hold the Federal United States and the Members of Congress and the British Government and the British Monarch responsible.

We demand the immediate release and return of the Americans ambushed and placed under false arrest by the FBI in Oregon and the immediate arrest of the officers and their superiors responsible for this outrage.
We are bringing charges to the local Common Law Grand Juries in Oregon against the corporate employee responsible for the execution-style killing of LaVoy Finicum.  We expect this man to be indicted for aggravated and premeditated  murder in the first degree while impersonating an officer and engaged in armed racketeering under color of law.  Every man involved in this ambush, killing, and false arrest is an accomplice to this crime.

All the bank officials and administrative officers including the members of the American Bar Association who have contributed to and preserved this system of violent fraud must be arrested and punished as befits their crimes as murderers and thieves.  The offending banks must be liquidated and their assets returned to the people they have harmed and their heirs.

Judge Anna Von Reitz on the Radio Thursday Jan. 28th
Posted: 27 Jan 2016 08:07 PM PST
"If you really are serious about knowing how to restore the Republic and your freedom you need to put some effort into knowing how our freedoms are being robbed from us by fraud, deception, threat, duress, coercion, and intimidation every day of our lives and have been for over 100 years by the criminals who have hijacked our government, wealth, and heritage for their own gain and evil intentions." Judge Anna von Reitz
Thursday Night on
[size=64]Walls In Our Minds[/size]
[size=48]Our featured guest this week is[/size]
[size=48]Alaska State Superior Court Judge, Anna Von Reitz[/size]
http://annavonreitz.com/

Join Terry Dodd, Red Beckman and Dr Kate this Thursday evening for a showNOT TO BE MISSED!
We will be simulcasting with Crusade Radio, host Doug Millar of Where Angels Fear To Tread.