David Meade – Guest Writer for PlanetXnews.com
By Guest Writer David Meade
(bio and articles / forum )
A 12-inch bronze disk, the Nebra sky disk , may be the key to determining the last recorded time in history that Planet X flew by Earth. The disk is bronze and inlaid with gold. The sky disk of Nebra was found near Europe’s oldest observatory in Goseck (Germany).
The story of the disk is an unconventional discovery. It was found in 1999 by German treasure hunters using metal detectors inside an ancient forest. However, German law dictates that all such relics are state property. Instead of turning it in, they attempted to sell it on the international market in 2002. Working for the Swiss government, archaeologist Harald Meller posed as a straw buyer. The disk was then seized by authorities.
The oldest known image of the cosmos

It contains symbols including the sun, the moon and the constellations Pleiades, Capricorn, Perseus and Gemini. The disk reflects the sun in the position of a solar eclipse. What is causing the eclipse? It’s not the moon, which is on the opposite side of where it should be located. The best deductive logic is that an unknown near-Earth object is causing the eclipse.
The 32-centimeter disk weighs approximately two kilograms and is decorated with gold leaf symbols reflecting the four planets Venus, Mars, Jupiter and Mercury. Using modern-day astronomical software, we can plot the actual day and hour the disk was produced. The result is April 6, 1810 BCE at 8:30 AM. The disk was thus created during the Bronze Age, 3,826 years ago.
There is a curve bar at the bottom of the river bank – the Saale River – which still currently exists. Much of the disk’s current coloration is green, due to a tarnishing effect. The discovery site is a prehistoric enclosure in the Ziegelroda Forest, known by the name of Mittelberg or “central hill,” located 60 kilometers west of Leipzig. The treasure hunters stated it was found within a pit in the forest near the ancient Goseck observatory.
A very interesting point discovered upon examination is that the disk reflects the constellation Orion at the very bottom. Orion should not have been observable from that location in Germany at that time. The nearest location from which it could have been observed is Luxor, Egypt, further adding to the mystery. The only logical conclusion is that the 26- to 30-degree difference is accounted for by a simultaneous pole shift.
The mystery-shrouded sky disk of Nebra is thus an advanced astronomical clock. It’s a compendium of knowledge from the earliest times. It gives us the best proof of the existence and passage of Planet X in the ancient world. The purpose of the sky disk is no longer a matter of speculation; it is the oldest visual representation of the sky in existence and it postulates the approach of a near-Earth object, causing the daytime eclipse, as well as causing a major pole shift that has just occurred – 3,826 years ago.
Thanks to: http://planetxnews.com

A famous physicist proclaimed recently that we are reaching the limits of what we can know and understand about the world through science. And when asked why, he said, “Because the laws of physics forbid it.”
It’s a fascinating topic worth researching, but it’s the reason I was happy to hear about the potential discovery of a new planet spinning away in our own solar system. It’ll give us something to mull over for a while.
If true, I think it might be one of the most tremendous discoveries in our lifetime. It’s like learning you’ve had a family member living in the attic your whole life whom you’ve never met.
There are certain facts we’ve taken for granted our whole lives – like there are 26 letters in the alphabet and there are nine planets (counting poor Pluto) and there are five food groups and we have 10 toes and there are seven continents.
And now suddenly, everything we thought we knew – those things we recite verbatim – has been turned upside down. To me, it’s as novel as if someone decided to interject a new number between three and four.
There’s been plenty of study on the planets – dating all the way back to the Babylonians in the second century BC, so it’s not as if we’ve been cavalier about space. It’s not as if we’ve always said, “Yeah, there’s probably something like seven or eight planets spinning around out there.” Science has been pretty decisive.
According to astronomers who led the study at Caltech, the evidence for a new planet comes from observations of dwarf planets that orbit the sun beyond Neptune. The dwarf planets take an unusual orbital path, one they say that can only be explained by an unseen nearby astronomical body.
But here’s the cool part: All kinds of people and civilizations have been throwing this idea out there for centuries – this idea that there is a planet in our solar system that we don’t know about, and they’ve always called it “Planet X.”
Now some of this gets into murky waters, but just for the fun of it, let’s take a look.
It’s been said that the Sumerians, who lived in Mesopotamia (Iraq) in 4,000 BC, referred to a distant planet in their cuneiform text. Fast forward to 1976 and enter a Russian-American named Zecharia Sitchin who was an acclaimed scholar of ancient manuscripts (recently passed away), who spent a career translating Sumerian texts presented on 6,000-year-old clay tablets.
In his translations, he points to a reference by the Sumerians to a “12th planet,” which only makes sense if you know that the Sumerians counted Pluto and the sun and the moon as planets. The Sumerians called this distant planet “Nibiru” and said it was in the backwaters of our solar system, somewhere behind Neptune.
Before you call this learned man a quack, note that he found an astonishing array of facts that can be corroborated by modern research, and according to scholarly reviewers of his book, what he found was literally mind boggling in 1976, and it remains so today. His trailblazing books have been translated into 20 languages and have been sold by the millions. In them, he attempts to rewrite man’s origins as told by the Sumerians, but that’s a story for another day.
Scientists have continued to look for Planet X over the years, although some time in the 1990s it was abandoned. The man behind the new claims is Mike Brown from Caltech, who had this to say about his discovery:

“If you ever say, ‘We think we have found evidence for Planet X,’ the first reaction of any astronomer is, ‘Oh, you’re one of those crazy people.’ And that’s a perfectly reasonable reaction. There’s been so much craziness over these things over the past century that there’s no reason to believe that somebody is going to come along who’s not crazy and say the same thing. Except, I think we’re right this time rather than crazy.”

There is so much we don’t know about who we are. There is an ancient history on earth that is, quite frankly, befuddling. I see it in the faces of the archaeologists I work with and in the contradicting theories on man’s origins.
But there’s something exciting about possibly collaborating our modern reality with 6,000-year-old Sumerian texts, and it gives me hope that some day we’ll have a better understanding of who we are.
Source
Thanks to: http://planetxnews.com 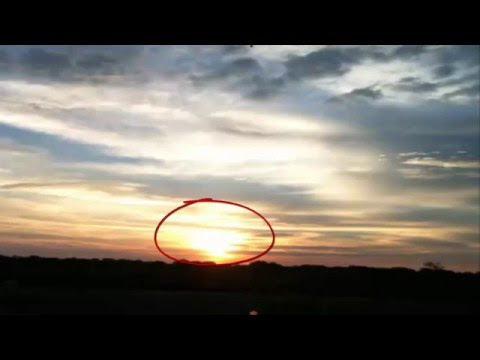