OUT OF MIND » DISCERNMENT REQUIRED - QUESTION EVERYTHING » ANNA VON REITZ » Anna von Reitz: ANSWERS FOR TOM: REGARDING THE MONETARY SYSTEM— and MORE

Anna von Reitz: ANSWERS FOR TOM: REGARDING THE MONETARY SYSTEM— and MORE

Anna von Reitz: ANSWERS FOR TOM: REGARDING THE MONETARY SYSTEM— 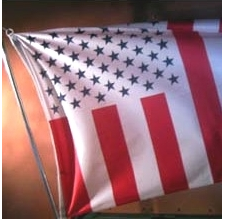 as lawful government employees rampaging through Burns, Oregon, trying to provoke local people into an armed insurrection.
They’ve been laughing about how they murdered LaVoy Finicum in local bars and restaurants.
They’ve been swaggering on the streets, proud of what they have done— that is, supporting crime so blatant it takes your breath away.
They’ve been terrorizing local ranchers, entering private property, face-slamming people who are feeding livestock, threatening them with death and “ball crushing”.
This is what’s going on, America.
This is the “service” you are paying for.
This is what the IMF and its UNITED STATES, INC. venture is all about, and has always been about— they were just busy doing it in other countries.
So now they are here, doing it to Americans. If you don’t want them in your town doing the same things, it is high time you listened and took action.
(1) Call the Office of the Provost Marshals in every state of the Union and specifically tell those men this: (1) My name is_____________. (2) I live in ____________, ____________. (3) I am in fear for my life and property as a result of commercial mercenaries operating under color of law calling themselves “FBI” agents. (4) These men are pretending to represent the lawful government of the United States while engaged in criminal racketeering and murder on our shores. (5) These men are employed by the French banking cartel known as the International Monetary Fund, which is an agency of the United Nations. (6) They are provoking acts of war on our soil, when they and their corporation no longer have any natural right to be here. Their contract to provide governmental services here is over. (7) We require the immediate assistance of the combined American military and civilian police forces to remove these undeclared foreign agents from our shores.
Now that you know who is who and what is what, call the United Nations and tell them the same thing.
Call the “Members of Congress” for whatever good they are, and tell them.
Call the White House for whatever good they are, and tell them.
Call your Governor, wherever you are in America, and tell all of them.
Call your friends and your neighbors.
Start writing and emailing and faxing and sending.
It is imperative that these acts of aggression by a foreign bank corporation be recognized for what it is and immediately and severely punished to the full extent of the Public Law of this nation and also according to the international laws pertaining to crimes of war, inland piracy, and crimes of commerce. It is imperative that these men be recognized for what they are— commercial mercenaries acting under color of law — and that they be arrested as criminals and punished as their deeds merit.
Judge Anna Maria Riezinger
Federal Postal District Judge Western Region

OUT OF MIND » DISCERNMENT REQUIRED - QUESTION EVERYTHING » ANNA VON REITZ » Anna von Reitz: ANSWERS FOR TOM: REGARDING THE MONETARY SYSTEM— and MORE