Seismic data for Week 1 of the 2016 Earth Orbit Cycle relative to the inbound Black Star reveals a break in the seismic pattern that has held firm since the start of the Project Black Star Investigation back in January 2011. Earth seismicity never did settle down to reach a sub-200 value for the key 2.5 to 4-magnitude earthquake events ranging from a low of 146 in 2012 with a steady year-over-year increase to 180 for the 2015 Earth Orbit Cycle that ended last week.
Earth saw 227 of the indicator earthquake events, or about 40 events higher than the modeling anticipated, but the higher value was expected in view of the two deep magma waves seeing seismic/volcanic pressures shifting from the Asian/Australian side of the Pacific Ocean/Ring of Fire over to the Americas. Most of the global seismic activity responsible for these higher-than-predicted earthquake event values came from earthquake events from the Alaska, California and particularly the Oklahoma Quake Swarm Areas, or the triangle where the two deep magma waves are expected to converge later in the timeline. The key earthquake for the region was the 5.1 Quake Event (link ) from February 13th at a depth of more than 8 kilometers, which is much too deep to be generated by Dutch’s Fracking Activity IMHO. Then on February 15th the same quake swarm area had this Quake Event (link ) at more than 15 kilometers below the surface like this one (link ) at more than 13 kilometers deep. Dutch’s Fracking excuse is typical of what we should expect to see coming from a lettered agency dis/misinformation operation, as if human activity is responsible for the seismic uptick rather than shifting seismic/volcanic pressures induced by inbound Black Star proximity.
There are changes this week for the 2015/2016 Seismic Chart, so please pay careful attention: The 2014/2015 Seismic Chart data has been finalized, as Earth moved through the final earth change lull period for the 2015 Earth Orbit Cycle relative to the inbound Black Star. The 2014/2015 Final Seismic Chart PDF Document has been uploaded to the 2016 Dropbox Folder where the online link was created to become a permanent link in all 2016 Newsletters as you see below.
2014/2015 Final Seismic Chart
2015/2016 Seismic Chart
The 2015/2016 Seismic Chart begins here with Week 1 to run 54 weeks into late February 2017 to begin the next Earth Orbit Cycle about two weeks later than we see this year for 2016. That being said, there is the remote possibility that earthquake values will decrease for the next two weeks indicating that the Black Star has indeed increased leftward movement in the orbit diagram using the old modeling, but at this point I really do not expect that kind of thing will show up in the cards moving forward. Week 2 for recent orbit cycles show a sharp Jolt uptick in the 2.5 to 4-magnitude earthquake events coming after the sub-200 value, but that is becoming unlikely for the 2016 Orbit Cycle; because global seismic events did not slow to extreme values creating environmental conditions conducive to a dramatic uptick like we saw in 2014 and 2015. The bottom line for now is that we are in uncharted waters where the predictive modeling is breaking down here at outside-orbit position, but a clearer pattern should reveal itself once firmly within the current earth change uptick period with seismic indicators pointing upwards to the end of May 2016.
Earth saw five new volcanic eruption events with emphasis on the regions where the two deep/subterranean magma waves stalled through the recent earth change lull period.
The Japanese and Russian volcanic eruptions* took place in the area where the northern magma wave has apparently retreated backwards from Alaska, while the Guatemalan** and Costa Rican** volcanic eruptions kicked off in the area where the southern magma wave retreated from the southern bounder of Mexico. I fully expect these deep magma waves to rebuild pressure, intensity and forward momentum once the current earth change uptick period is in full swing moving through March and April into May 2016, until they eventually converge at the widening California Quake Swarm Area where earthquake event depths are becoming deeper.
Key earthquake events for this region include this one (link ) almost 25 kilometers in depth along with this one (link ) farther north at almost 35 kilometers revealing a disturbing pattern, as these are precursor quake events pointing to what is coming on the horizon. Just two years ago the quake event depths from the California Quake Swarm Area were between 3 and 11 kilometers very much like the events from the Oklahoma Quake Swarm Area that were even shallower and near the surface, but now we see an increasing number of earthquake events taking place deeper below the surface with even deeper quake events expected later in the timeline.

The fact is becoming more apparent with each passing week that my “Expected Position 2016 March 27” prediction location for the migrating magnetic North Pole should have been placed below the -360 position rather than above, as if to add insult to injury regarding the swing-and-miss at pinpointing the sub-200 value for the key 2.5 to 4-magnitude indicator quake events at around 185 to begin the current 2016 Earth Orbit Cycle. We will know soon if the actual 2016 March 27 location trails the 2015 location by the predicted 11 to 13 days, or if a new pattern emerges pointing to Black Star location farther left or right in the orbit diagram than predicted by the seismic modeling.
Most everyone reading these weekly update reports should realize by now that the Binary Star Magnetic/Opposite Polarity Repulsion Model has become primary for predictive modeling moving forward in the Project Black Star Investigation explaining how and why the Black Star has been decreasing in inbound velocity in direct proportion to near Sun/Black Star proximity. We should realize that this new modeling not only predicts Black Star slowing velocity along an elliptical orbit path, but increasing opposite polarity/magnetic influences must also force the Black Star to take a wider and skewed orbit path reaching perihelion than the traditional elliptical curve depicting typical orbit paths we are accustomed to seeing for comets falling from the Oort Cloud or even from the Kuiper Belt. While the Sun gravitational forces pull the Black Star closer to the Sun, the magnetic forces relating to the Sun/Black Star reverse magnetic polarity actually causes the Sun to repel the Black Star, as these two forces work together in unison to define the Black Star Orbit Path that from above would appear to mirror the basic shape of a key hole with smoothed edges similar to this (diagram ).
Distant comets falling into the Sun from the Oort Cloud have very little forward momentum to become sungrazers reaching perihelion with the Sun traveling at maximum velocity. We should suspect that the Black Star with an orbital period of 3600 years would also approach the Sun in close proximity, but the reverse/magnetic polarity repulsion forces between the Sun and Black Star appear to tell a different story for this anomalous inbound object that behaves in many ways more like a black hole than any known/catalogued celestial object. Think about the fact that Black Star electromagnetic/magnetic potential increases by the square of the shortening distance causing the Black Star to be repelled and slow down nearing the solar system. That opposing force would be applied from the Sun to the Black Star basically head on over long distances, but that force becomes stronger with nearing proximity ‘and’ (more importantly) that repelling force becomes more lateral like a crosswind once the Black Star is very near the Sun making preparations to move around and reach perihelion. That lateral force must cause the Black Star to take an unusual orbital path around the Sun farther away than the paths of traditional objects obeying strictly to the laws of gravity and basic physics.
I can even imagine and bulge in the Black Star Orbit Path once the gravitational and magnetic forces are in line together, as the Black Star is nearing perihelion; until the Black Star comes around in orbit for the slingshot and magnetic repulsion influences see the Sun actually repelling the Black Star towards aphelion position to begin the Black Star Orbit Cycle all over again. My feeling today is that the Black Star orbit path would take the Black Star very near the Sun with each Black Star Orbit Cycle, but the reverse magnetic/polarity repulsion forces take the Black Star around the Sun reaching perihelion very near Venus Orbit Path. This explains why Venus has a reverse/retrograde/screwy rotation being heavily influenced by the Black Star that hovers very near Venus Orbit Path for an extended period. In this case, the probability law suggests that the Black Star interacts with Venus on a high percentage of Black Star Orbit Cycles with the second planet from the Sun oftentimes being in the wrong place at the wrong time. That being said, some of the variables involved in the migrating magnetic North Pole equation could very well be influenced by the way our Sun and the powerful/growing reverse magnetic forces are playing out with the Black Star and particularly on the final two Earth Orbit Cycles.
Read the Full Report and related articles using a complimentary link to Terral’s 2016 Newsletter Volume 7 . Subscribe and support the research at terral03.com .
Thanks to: http://planetxnews.com 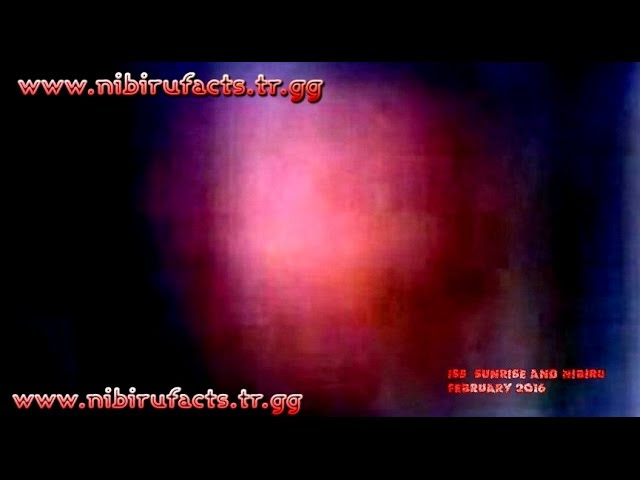 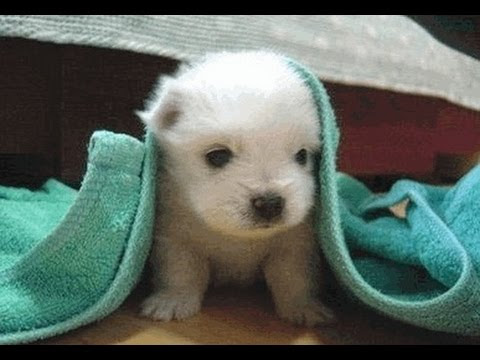 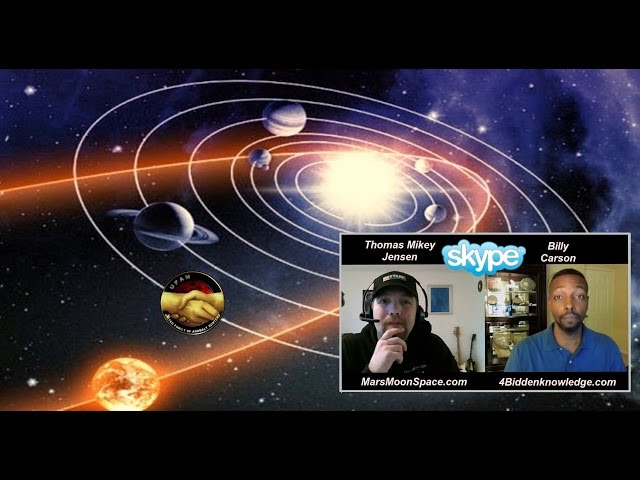 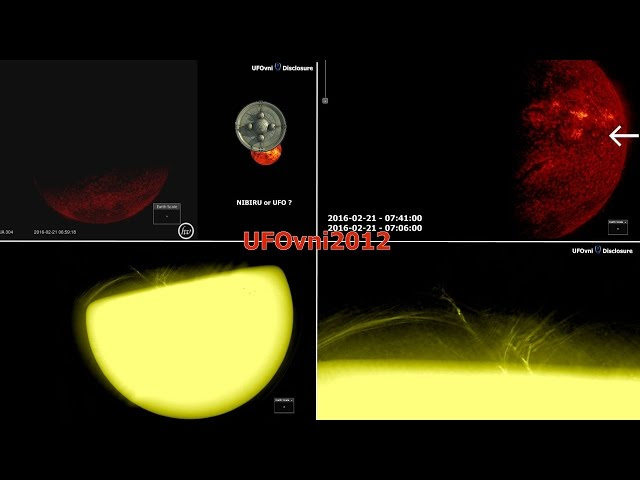 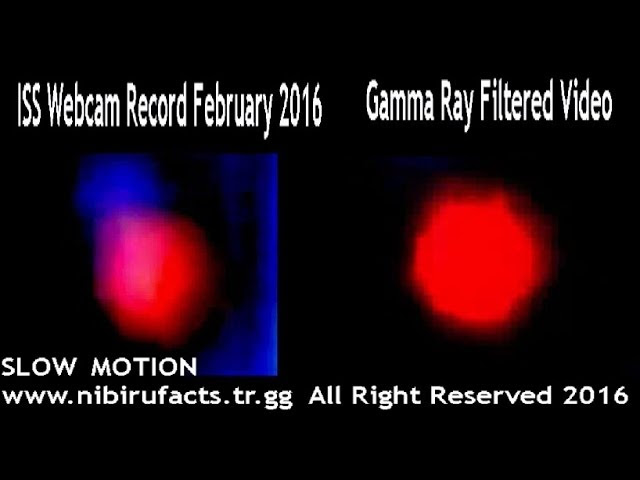 NIBIRU : PLANET OF THE CROSSING

.
REVELATION 21 v6
6 He said to me: “It is done. I am the Alpha and the Omega, the Beginning and the End. To the thirsty I will give water without cost from the spring of the water of life.”.