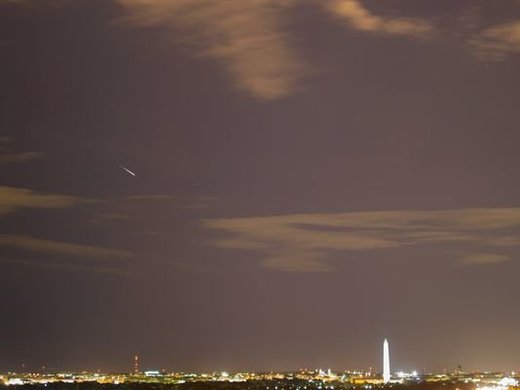 © NASA/Joel Kowsky
Meteor streaks across the sky during the annual Perseid meteor shower, August 13, 2015.
Keep your eyes on the skies.

Wednesday night, just before 10 p.m., sky-watchers from Maine to Philadelphia — and more than a few in the Lower Hudson Valley — caught a glimpse of a fireball, a meteor, burning up to dust as it entered the Earth's atmosphere.

The American Meteor Society keeps a map of public meteor sightings and, according to Operations Manager Mike Hankey, about 34 reports were received from across the Northeast, including one from Dobbs Ferry and another from Ardsley.

"It seemed to burn out at a low angle above the horizon," said Andrew Ploski, of Nyack. "My 9-year-old son and I were traveling back home last night after a visit with his grandmother in Yonkers. We were traveling north on the Sprain Brook Parkway near the Ardsley Road overpass. There appeared a large, very bright fireball with trail about the brightness and size of a car headlight. It streaked across my field of vision very quickly from my upper right to lower left — east to west."

Ploski was lucky, according to seasoned sky-watchers. "To see a meteor in Westchester is a little bit unusual," said Larry Faltz, president of Westchester Amateur Astronomers. "You have to be looking up at just the right moment."

Faltz explained that, when you see a fireball in the sky, you are not actually seeing a meteor but the ionization of the Earth's atmosphere as the object heads toward the ground. For that fireball effect to be visible, an object only needs to be as big as a grain of sand.

"It's impossible to say how big it was," Hankey said, though he speculated — considering reports from public sources that described the fireball as "about as bright as the moon" — that it was "a significantly bigger rock," perhaps "as large as a basketball."

Brother Robert Novak, chairman of the Physics Department at Iona College in New Rochelle, said visible meteors are not all that uncommon in the Lower Hudson Valley, but that it tends to be more common when there is a meteor shower like the Perseids in August or the Leonids near Thanksgiving.

"They follow two cycles," he said. "One is a yearly cycle. The other cycle depends on the meteor itself." "Rogue meteors," Novak said, are far more rare and more unpredictable. "From time to time they come into the Earth's atmosphere," he said.

But it's not unheard of. Hankey there was a similar event, recently, also in the Northeast not too long ago. 'We had an event about a month ago in the same region that generated almost 900 reports," he said.

Faltz explained that "A 'meteor' is what we see in the sky. If it hits the ground, which only a few of the larger ones do, it's a 'meteorite.'" Uncommon as they may be, The Lower Hudson Valley has experienced an actual meteor. 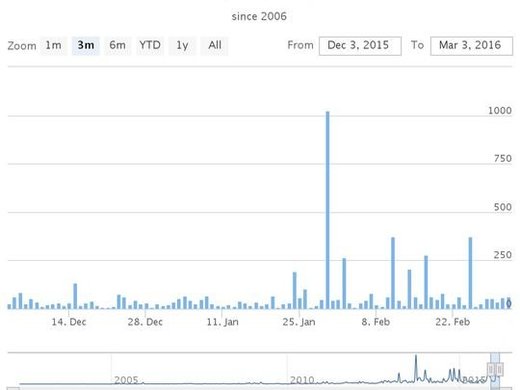 © AMS
This chart shows the number of reports of meteor sightings per day by public sources to the American Meteor Society. 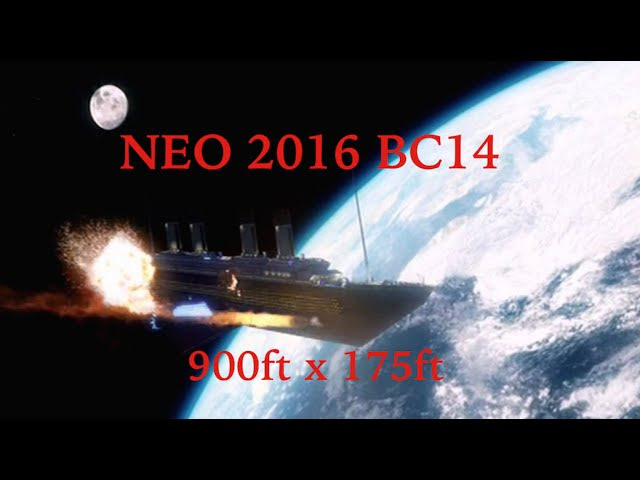 Mega Bright Fireball in the Sky over Southern Germany Causes Alarm
March 7, 2016 · Space / Science / Technology · 0 Comments
*This article was Google Translated to English*
Straubing –
A particularly bright shooting star has made in the early hours of Monday in southern Germany a stir. Several eyewitnesses from Bavaria alerted the police because of the celestial phenomenon. As the University Observatory in Munich reported that there was a meteor that was visible from Bavaria to the Saarland.
Such a fireball could be frequently observed and is “not a special event,” said Keith Butler from the observatory. Such meteors RELATES TO “very small stones” that penetrate the Earth’s atmosphere and cause the lights.
A first message was received on Sunday evening at 22:37 in the command center of police in Straubing. Since the witness had seen the phenomenon in the sky near the Isar nuclear power plant in Landshut, police contacted the control room of the power plant and sent several patrol cars going. “However suspicious in and around the power plant could not be found,” said police spokesman Klaus Pickel.
Glowing missiles
Shortly thereafter, other witnesses from the district of Straubing-Bogen reported. They had “a fiery missile drew a tail behind it, seen,” said Pickel. Even police officers saw the meteor.
In Austria, the heavenly bodies were also spotted. “The automatic meteorite tracking camera on the observatory Gahberg made an extremely bright fireball was added”, the Observatory reported in the Salzkammergut and published the picture on the internet.
Butler believed that there had been to the shooting star of the exceptional circumstances many messages. It was a relatively clear night. “And it was at a time where many are still awake,” said the researchers. (Dpa)
Editor’s Note:
Interesting event as asteroid 2013 TX68 is approaching, can’t help but wonder if any relation or just coincidence.

NASA have published data of a very close-approach which occurred on Feb-25 at 19:49Z (note that the asteroid was not discovered until the following day).
The asteroid in question is 2016 DY30 (the 774th <0.5 AU asteroid to be discovered since March 01 2016). Its nominal (expected) close-approach distance was just 4933.546 miles from Earth’s surface. Although small (estimated to be 2-5m in diameter), it was travelling at just over 17km/s (relative to Earth) at the time of its close-approach.
2016 DY30 entered NASA’s all-time close-approaches table at position #5. It is the 6th asteroid, this year, which has found its way on to the ‘top 100’ table. There were 13 new entries in this ‘top 100’ table last year (2015) and 12 entries during 2014.
8 asteroids have made / will make their close-approach of less than 1LD (average distance from Earth to the Moon) during the current +/- 30 days period. 2016 DY30 was the only one of these which was (well) below geo-stationary altitude of 22,236 miles.
Watch the skies…


Editor’s Note: I’ve been noticing this trend that NASA/JPL has adopted of reporting the close passes or near misses a day or more AFTER the event. Now I see from this article that that others as well are starting to notice this behavior. It tends to reinforce the doubt that so many in the public have in the lettered agencies and really begs the question what is really going on and really makes it look as though they are trying hard to prevent people from recognizing there may be a pattern developing.
This shouldn’t be taken lightly as it is happening quite often now where they are only reporting the close flyby’s/near misses AFTER the fact. It’s a literal “heads up!”
IF YOU ENJOY THIS SITE PLEASE TELL OTHERS ABOUT US…SHARING IS CARING 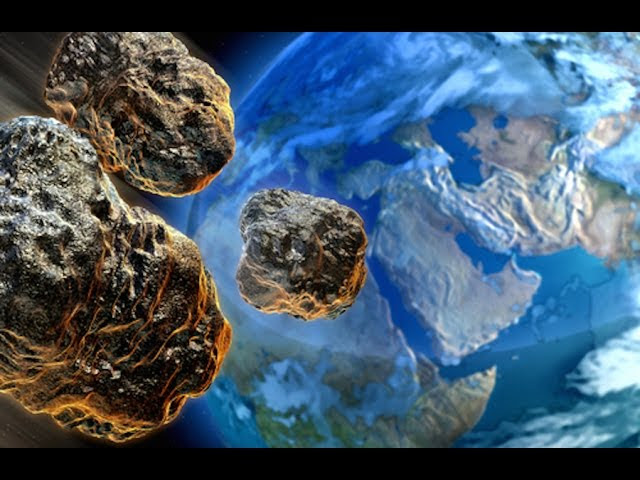