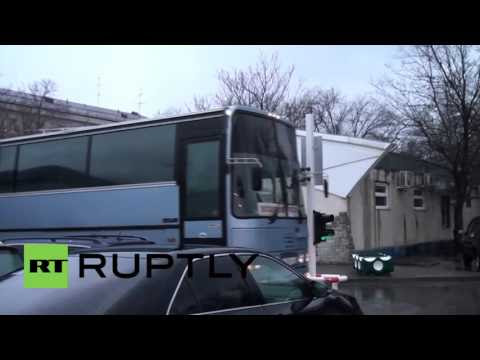 A Russian investigation into the FlyDubai Flight FZ981 crash has revealed that the Dubai plane had been carrying a top CIA official who had an estimated $27 million in his possession.

The CIA agent was travelling on a forged British passport under the name of Larisa Allen.
Whatdoesitmean.com reports:
According to this report, this FlyDubai Boeing 737-800 aircraft that had taken off from Dubai Airport exploded this morning at about 03:50 Moscow time (00:50 GMT) while landing at Rostov Airport killing all 55 passengers and seven crew members aboard.
Flights from Dubai to the Federation are common, this report says, as many young Russian females work is this most populous city in the United Arab Emirates (UAE) as “dancers” (i.e. prostitutes) with many companies advertising their “services”.
Sponsored by Revcontent

With organized crime elements within the Federation (Russian Mafia) controlling the bulk of these “dancers”, and with Dubai having become a global centre for terror funding, money-laundering, drug money and mafia cash, this report continues, CIA fears that terrorist funds were being diverted to Russia provides the most likely explanation as to why one of their “high level” officials was on board this plane.
As to how the estimated US$27 million in currency came to be aboard this plane packed into the cargo hold in “metal/aluminum” containers, this report notes, is currently being suspected by the FSB to have been “caused/effectuated” by the Cypriot pilot of this plane as the links between Cypress banks and Federation organized crime have long been known.
With the IAC issuing a public statement that they have now taken control of this investigation, this report concludes, and due to the death of this “high level” CIA official, along with the millions-of-dollars found aboard this exploded plane, President Putin, who had previously expressed his condolences towards this tragedy, has authorized US, French and Dubai intelligence agencies to join it too.

Admin
Posts : 91650
Join date : 2012-01-04
Location : Woodstock Nation
March 21, 2016
FlyDubai Crash In Russia Now Labeled “Criminal Act” After US Missile Fragments Found
By: Sorcha Faal, and as reported to her Western Subscribers
A grim Federal Security Service (FSB ) report circulating in the Kremlin today says that the investigation into the deadly Flydubai Flight 981 crash this past Saturday (19 March) at Rostov Airport in Rostov-on-Don has now been turned over to The Investigative Committee of the Russian Federation (SLEDKOM ) as a “special criminal case ” after evidence was found this plane was destroyed by two shoulder fired missiles of American origin—and which video surveillance tapes prove this plane was in the process of exploding prior to its landing .

Massive debris field left after the explosion of FlyDubai Flight 981 at Rostov Airport (photo taken 20 March 2016)
According to this report, SLEDKOM is the main federal investigating authority in Russia answerable to President Putin—and whose director, Alexander Bastrykin , took the lead in the investigation of this crash over the Ministry of Emergency Situations (EMERCOM ) and Interstate Aviation Committee (IAC ) who were initially tasked with it, and due to a number of “shocking discoveries” that were made involving this horrific tragedy that killed 62.
Among the first of these “shocking discoveries” made, this report continues (and we previously report on ), was that among the dead from this crash was a “high level” American Central Intelligence Agency (CIA ) official traveling on a forged British passport using the name Larisa Allen, and that this plane was carrying US$27 million in cash.

As to what caused this plane to explode and leave a debris field of over 1.7 kilometers (1 mile), FSB analysts in this report state, was due to its being struck by two FIM-92 Stinger shoulder fired infrared homing surface-to-air missiles while it was in the process of landing—and which were identified by the unique “chemical signature” of the high-explosive used in them.
Though these missiles are made by the American defense giant Raytheon , this report continues explaining, the high-explosive used in the attack upon FlyDubai Flight 981 has been traced to the Turkish weapons manufacturer and defense contractor Roketsan which manufactures these Stinger shoulder fired missiles under a license granted to them by the European multinational defense giant Airbus Group .
The “combat sophistication” of this missile attack against FlyDubai Flight 981 is, also, to be noted, this report says, due to this plane being “nearly simultaneously” struck in its left wing section (which caused the main jet fuel explosion) and rear galley section where the flight recorders for this type aircraft are situated —and which left these flight recorders so damaged, IAC investigators say it will be over a month to retrieve their data , if at all. 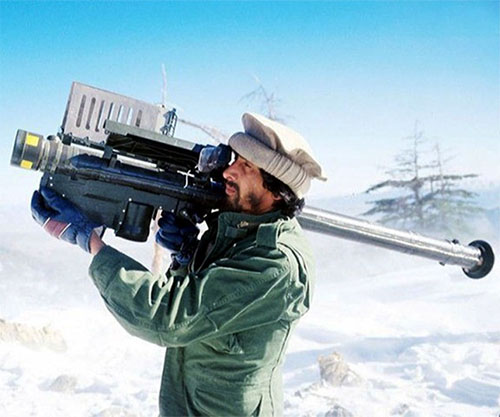 Turkish made FIM-92 Stinger used in Afghanistan against US Army helicopters
To the “motivational terror actors” behind this attack, this report continues, it appears to be Turkish president Recep Tayyip Erdoğan and Ukraine president Petro Poroshenko —both of whom have publically voiced their extreme hatred of Russia, and after their 9 March meeting in Ankara to form their “Black Sea Axis ” against the Federation, the Foreign Intelligence Service (SVR ) noted a US$7 million bank transfer from Poroshenko to Erdoğan that was followed by the loading onto Poroshenko’s plane of 5 “heavily shielded” crates whose contents were not able to be determined—but could very well have contained these FIM-92 Stinger missiles made by Roketsan used to destroy FlyDubai Flight 981. 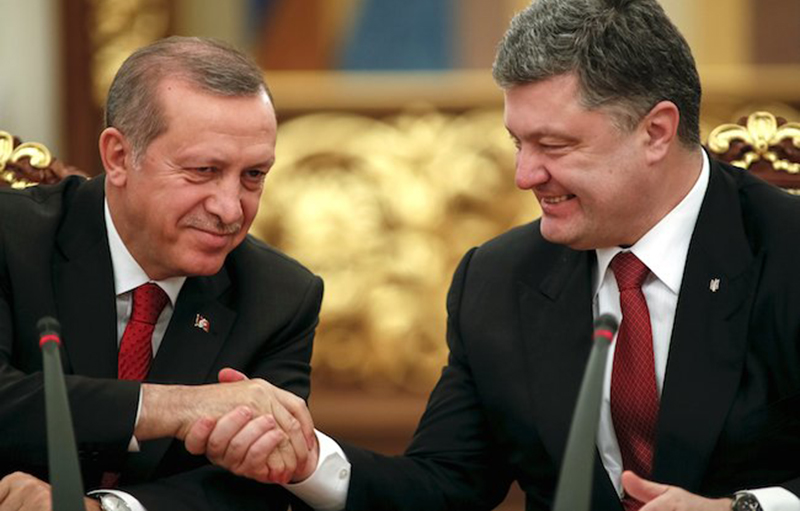 Turkish president Erdoğan (left) and Ukraine president Poroshenko (right) shake hands to form their "Black Sea Axis" against Russia on 9 March 2016 in Ankara
As to why Poroshenko would want to attack Russia in such a vile manner, this report says, was, most likely, his attempt to “change/misdirect” the trial outcome for Ukrainian “spy/terrorist” Nadiya (Nadezhda) Savchenko —but who, in spite of the deliberate downing of FlyDubai Flight 981, earlier today was found guilty of murdering two Russian journalists in 2014.
As we had previously noted about this Ukrainian terrorist murder Savchenko back in January, the FSB had used in the trial to convict her numerous “beyond top secret” email s obtained by Russian intelligence analysts from the unsecured computer of former US Secretary of State Hillary Clinton.
This report concludes by noting that the FSB is, also, investigating other “terror scenarios” for SLEDKOM involving this tragedy, including its link to the Islamic State, Western governments and organized crime elements, all of whom in the past have shown little to no regard for human life. 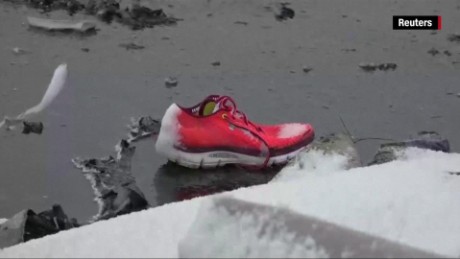 March 19, 2016 © EU and US all rights reserved.  Permission to use this report in its entirety is granted under the condition it is linked back to its original source at WhatDoesItMean.Com. Freebase content licensed under CC-BY and GFDL .
[Ed. Note: Western governments and their intelligence services actively campaign against the information found in these reports so as not to alarm their citizens about the many catastrophic Earth changes and events to come, a stance that the Sisters of Sorcha Faal strongly disagrees with in believing that it is every human beings right to know the truth.  Due to our missions conflicts with that of those governments, the responses of their ‘agents’ against us has been a longstanding misinformation/misdirection campaign designed to discredit and which is addressed in the report “


Thanks to Gary Larrabee and: http://www.whatdoesitmean.com