OUT OF MIND » PERCEPTUAL AWARENESS » INFORMATIVE GUIDES FOR THE SHIFT IN CONSCIOUSNESS » Akasha......


Upon time and space is written the thoughts, the deeds, the activities of an entity – as in relationships to its environs, its hereditary influence; as directed – or judgment drawn by or according to what the entity’s ideal is.”Edgar Cayce Reading 1650-1
Akasha: a supposed universal etheric field in which a record of past events is imprinted or an ethereal fluid imagined as pervading the cosmos.
The bubble of the known 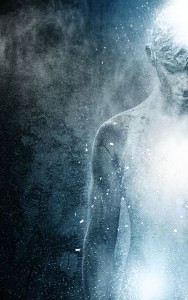 Mankind appears to be on the expressway to extinction. The farcical events powered by group insanity are blossoming on our planet like a mass of poisoned flowers…and still the sleeper sleeps: unconscious humanity dreaming of a future, and totally existing within the bubble of the known. Many of us have abdicated our spiritual reality for the known….and appointed a go between, priests and guru’s of whatever creed. Our captured minds are reluctant to put their toe in the water of ‘what could be’, and do not question the nature of reality. Many of us are secure within our paradigm-our status quo that dictates the real, and satisfied with our closed ‘box thinking’ mode.
Prisoners in a faerie story
In effect, the majority of human beings are prisoners of a narrative fed to them by the matrix mind. They deny, ridicule and even kill anyone that undermines their belief system of whatever, and their false sense of self. They are the unwitting or sometimes willing props of the matrix game of ‘us and them’.
Thinking big thoughts is not their forte!
The Luciferian Impulse
“People will do anything, no matter how absurd, in order to avoid facing their own Soul. One does not become enlightened by imagining figures of light, but by making the darkness conscious.” – C.G. Jung
Carl Jung’s quote is very apt when we consider that many ‘modernists’ promote a reductionist, mechanistic view of the planet and its life forms, and deny any spiritual reality that has not been sanctioned and sanitized by the great Lie of religion. It is this half baked consciousness that has crippled the planet, brought it to its knees and will bring about the end times….the extinction of a failed species.
The Akashic record-The super computer
Information on the Akashic Records has been made available by modern-day mystics – individuals like Rudolph Steiner who possessed the ability to expand his awareness beyond the limits of three dimensions into other realms of being.
“…man can penetrate to the eternal origins of the things which vanish with time. A man broadens his power of cognition in this way if he is no longer limited to external evidence where knowledge of the past is concerned. Then he can see in events what is not perceptible to the senses, that part which time cannot destroy. He penetrates from transitory to non-transitory history. It is a fact that this history is written in other characters than is ordinary history. In gnosis and in theosophy it is called the “Akasha Chronicle”…To the uninitiated, who cannot yet convince himself of the reality of a separate spiritual world through his own experience, the initiate easily appears to be a visionary, if not something worse.
Energy informs matter and every thought and action we take has an energetic frequency signature. These positive and negative charges are stored like files within a super computer system-the magnetic recording tape of the matrix called the Akashic Record. The Records contain every action, thought and intent of every person who has ever lived in this reality, and is the source of the inspiration of invention. The records can be accessed by everyone, there is no exclusive club, and can show us not only our past but give an ever changing array of potential future time lines.
Recalling the Now
Every electro-magnetic charge we create, every thought, action and deed is instantly recorded and stored in Akasha. Because our whole mental experience happens in the now, the Akashic Record is a compilation of zillions of nows, and any past event can be re-visited in the now, in other words… seen as it is happening.
As Steiner says: “The one who has acquired the ability to perceive in the spiritual world comes to know past events in their eternal character. They do not stand before him like the dead testimony of history, but appear in full life. In a certain sense, what has happened takes place before him.”
Opportunity 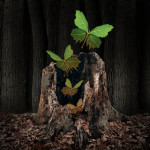 We as human beings have always had the opportunity to investigate self, to turn inward into spiritual reality and intuitive understanding. But we have been deceived and engineered to look for answers outside of ourself in the world of the false light. We have thrown intuition into the bin of ‘what might have been’, preferring the mind of reductionist thinking and materialism that is totally grounded into the physical aspects of reality.

The savage and the viewing of Akasha 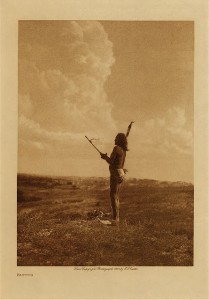 Image-imagine.
Human beings are resonators of frequency, and we can use vibration as a key to unlock the so called mysteries of Akasha…which isn’t a mystery at all. The force that pervades all things Akasha or Skan Skan as the Lakota people call it, is part of our being, our electro-magnetic foot print in this realm. To re-connect with self and our lost spiritual reality starts with a thought…a desire for wholeness.
The point of no return
Once we see the plot against life, and observe the rapid advancement of the dark agenda…there is no going back. Our mission is not to fight it, but to set our feet on the road that has a heart; our quest is to unite the two parts of our being: the physical and its energetic counterpart.
The journey to Source is a lonely road that only self can walk, and the direction we should travel was shown to us a long time ago…
“Neither shall they say, Lo here! or, lo there! for, behold, the kingdom of God is within you.”Luke 17:21 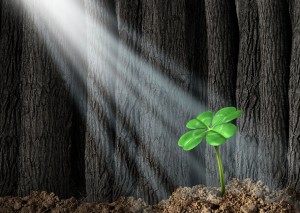 OUT OF MIND » PERCEPTUAL AWARENESS » INFORMATIVE GUIDES FOR THE SHIFT IN CONSCIOUSNESS » Akasha......