David Meade – Guest Writer for PlanetXnews.com
By Guest Writer David Meade
(bio and articles / forum )
What if an X-60 solar flare leaps from the sun when Planet X approaches?  The coronal mass ejection (CME) heads straight toward Earth.  What will happen?  How much warning will we have?
This type of event may be our first overt sign of the nearness of the approach of Planet X.  The CME is a slow-moving cloud of charged particles.  It is accompanied by an X-ray burst.  Both have devastating effects.  The X-ray burst travels at the speed of light and would reach Earth’s surface in eight minutes.
The result
The X-rays would affect all Earth-orbiting satellites in line of sight.  GPS communications would go down, and so would communications satellites.  That would be your first warning and an obvious signal to those watching.
This would be a one-two punch.  The second would be the CME (arriving 3-4 days later) that would cause transformers (which operate with copper wiring) to heat up and overload.  As design capacity is overloaded, they burn up.
What then happens to the 440 nuclear power reactors?
Most reactors require electricity to operate the cooling systems.  Huge levels of radioactive fuel are on-site.  Cooling on a continuous basis is the only way to prevent a meltdown.
This apocalyptic scenario is probable, if not guaranteed. If the reactor cores are not continuously cooled, a catastrophic reactor core meltdown and fires in storage ponds for spent fuel rods is the imminent result.
Nuclear meltdown?
With a widespread grid collapse, in just hours after the backup generators fail or run short of fuel, the reactor cores melt down.  Within a couple of days without electricity, the water bath over the spent fuel rods will “boil away” and the stored fuel rods will melt down and burn.
Transformers are made to order and custom-designed for each installation. They weigh as much as 300 tons and cost more than $1 million. Given that there is currently a three-year waiting list for a single transformer (due to recent demand from China and India, lead times have grown to three years), you can begin to grasp the implications of widespread transformer losses.
The Nuclear Regulatory Commission only requires one week’s supply of backup generator fuel at each reactor site.  The public will have one week to prepare for Armageddon.
Intelligent control?
Major Ed Dames was part of a CIA and Pentagon jointly-sponsored project involving remote viewing.  He stated that this project saw the “End of Days” as being tied to a series of major solar flares over a one-year period. Earth was totally unprepared.
In a recent interview , he was asked whether Planet X or Nibiru may have been the cause of the solar activity and flares that devastate the earth (right after the 7-minute point). He was not certain but implied it was possible.
One of his callers on the program makes a very interesting observation: The viewer, during the 11 minute, 50 second segment raises a fascinating point.  He states he’s with the military.  He ran across a document a few months ago (partly classified, partly unclassified) of a “very large object, moving through space – toward Earth – but the weird thing about it is that it’s changing speed, it’s changing vectors, every aspect on a daily basis – and they can’t get a handle on it.”
Is Planet X under intelligent control?  The military knows about it – serious researchers know about it.  We are facing environmental risk and destruction on a scale we’ve never seen before.  The world is drifting along.  The question is, are you prepared?
Thanks to: http://planetxnews.com 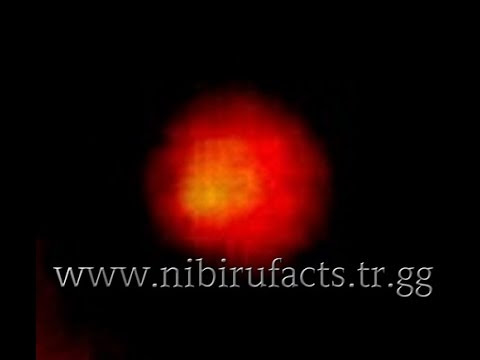 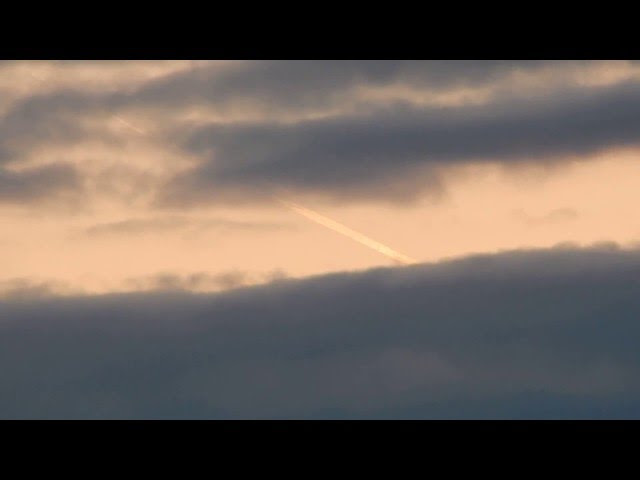 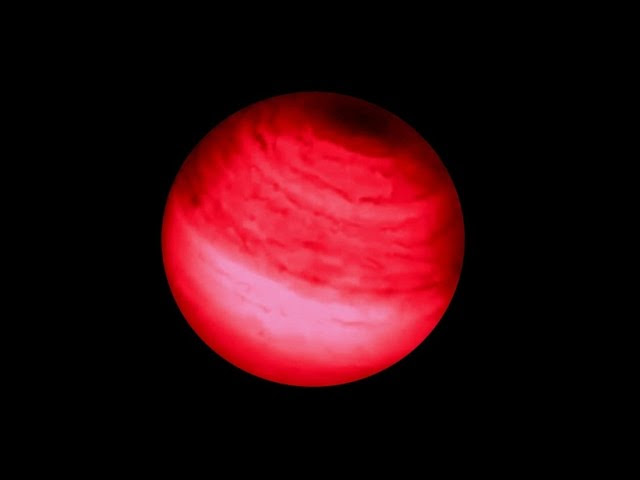 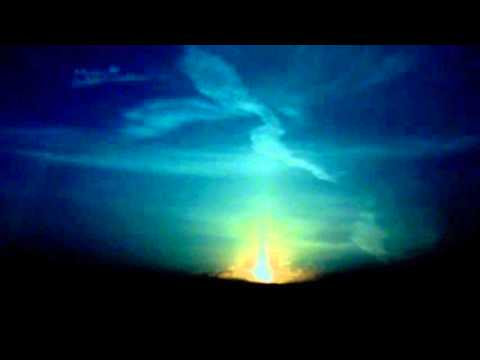 An astronomer at Caltech says that new evidence has been discovered that indicates that there is a massive planet lurking somewhere on the outer edges of our solar system.  It has been dubbed “Planet Nine,” but that is only because Pluto is not considered to be a planet anymore.  If we included Pluto, this new astronomical body would be known as “Planet Ten” or “Planet X,” but scientists try very hard to avoid using the phrase “Planet X” because it is associated with so many “conspiracy theories.”  Based on the new evidence that has emerged, it is believed that Planet Nine is approximately 20 times further away from the sun than Neptune is, and it is being projected that it would take somewhere between 10,000 and 20,000 years for this planet to make one trip around the sun.
Perhaps due in part to my legal training, I have always been skeptical when it comes to things like this.  Whenever anyone has tried to tell me about Planet X in the past, I have always wanted to see proof.  And of course solid proof regarding Planet X has always seemed to be in short supply.
But there was a big change in that regard during the month of January.  The following comes from the Independent …

Objects have been spotted moving around unusually at the edge of our solar system. And the best explanation for the strange orbits is the mysterious Planet Nine, according to one of the scientists who has argued that the hidden planet exists.
In January, a pair of scientists argued that they had found another planet, based on calculations using objects at the distant end of our solar system. By studying the orbit of six objects in the Kuiper Belt – a mysterious area thought to be filled of asteroids and other icy objects – they argued that they were being affected by something large and previously unknown.

At that time, scientists were telling us that this newly discovered object was likely 10 times more massive than the Earth.
So we are definitely not talking about some small piece of rock.
Now, astronomer Mike Brown of Caltech has come forward with new evidence that this massive planetary body exists.  The following comes from the Daily Mail …

Last week, Mike Brown tweeted a photo that shows the plot of a newly discovered eccentric Kuiper Belt Object (KBO).
In the post, Brown wrote,: Hey Planet Nine fans, a new eccentric KBO was discovered. And it is exactly where Planet Nine says it should be.’
The KBO in question is ‘uo3L91,’ shown with a solid blue line in the graph. Brown writes that the slide comes from a recent talk at the Seti Institute.
This discovery was made from an Outer Solar System Origins Survey (OSSOS) on the Canada-France-Hawaii Telescope, according to a subsequent tweet.

Of course it is still too early to say anything really definitive about this new object.
There are still plenty of skeptics, and back in January NASA refused to confirm or deny that this new planet even exists…

In a YouTube video, Jim Green, director of planetary science at Nasa addressed the new findings.
‘The January 20 paper in the Astronomical Journal is fueling our interest in planetary exploration,’ Green said.
‘Stimulating a healthy debate that’s part of the scientific process.
‘It is not, however, the detection of a new planet. It’s too early to say with certainty that there’s a so-called ‘Planet X’ out there.
He pledged Nasa experts would take part in the process to try and find it.

Personally, I would not be surprised at all if it turns out that there are numerous large objects out there that the public does not know anything about right now.
For years, there has been rampant speculation that an astronomical body known as “Planet X” would soon approach the Earth and cause unprecedented natural disasters.  Many of these predictions that have included specific dates have turned out to be false alarms.  But that doesn’t mean that something like this will not eventually happen someday.
The following excerpt from an Inquisitr article summarizes what some people believe about Planet X…

According to conspiracy theorists, recently leaked secret NASA “Planet X” files reveal that the agency is aware that the gravitational influence of Planet X had disrupted the orbits of other planets during a previous passage into the inner solar system hundreds of years ago; and that the next disruptive passage into the inner solar system is imminent.
The approach of the mysterious Planet X is currently sending waves of charged “plasmatic energy particles” through our solar system. The flow of energy will finally disrupt the “core flows” of the Earth and trigger catastrophic changes in Earth’s climate.
We have been feeling the disruptive effects of the inbound rogue Planet X since 1996 in the form of increased seismic and volcanic activities, freak weather patterns, and natural disasters.

I don’t know if any of that is true or untrue.
But what I do know is that the Bible tells us that there will be “signs in the sun, and in the moon, and in the stars” just prior to the return of Jesus Christ.  This is something that I discuss in my new book entitled “The Rapture Verdict” which is currently the #1 new release in Christian eschatology on Amazon.com .
Will some giant astronomical body play a role in causing those signs?
I don’t know.
However, without a doubt I will continue watching for new evidence of unusual things happening in our solar system.
And it is true that heavenly bodies can have a tremendous influence on our planet.  Over the past few years, I have detailed how earthquakes, volcanic eruptions and other natural disasters have been increasing in number and intensity.  How much of this activity can be attributed to forces outside of our own planet is certainly up for debate.
Just like you, I am still learning.  And so far, I haven’t seen any solid evidence that an encounter with a giant celestial body known as “Planet X” is imminent, but it is entirely possible that I could come across something tomorrow that could completely change my mind.
So what do you think about all of this talk regarding “Planet X”?
Please feel free to join the discussion by posting a comment below…
Source
Thanks to: http://planetxnews.com

A Hidden Planet at the Edge of our Solar System, Scientists find more Evidence

In January, a pair of scientists argued that they had found another planet, based on calculations using objects at the distant end of our solar system.

By studying the orbit of six objects in the Kuiper Belt – a mysterious area thought to be filled of asteroids and other icy objects – they argued that they were being affected by something large and previously unknown.

The objects have been spotted moving around unusually at the edge of our solar system. And the best explanation for the strange orbits is the mysterious Planet Nine, according to one of the scientists who has argued that the hidden planet exists. 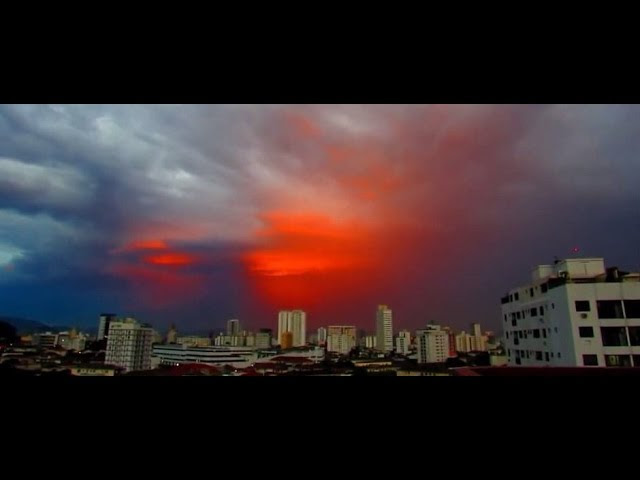