By Guest Writer Terral “Terral03” Croft
(bio and articles / forum )
Seismic and volcanic indicators suggest that Earth is moving through the first of two earth change lull periods for the 2016 Earth Orbit Cycle relative to the Black Star farther ‘right’ in the orbit diagram than previously projected.
Year-over-year seismic values show a dramatic decrease in seismic activity for Week 13 across the board earning red values for all quake categories from the 2.5 to 4-magnitude quake events to the 7-magnitude earthquake events. Not only have we seen a big 7-mag quake event in Week 13 for years, the weekly values for 2014 show an 8-mag quake, six 7-mag quakes and seventeen of the 6-magnitude earthquake events for the three-week period running from Week 13 through Week 15. In fact, 2014 saw at least one of the 6-magnitude earthquake events from Week 2 all the way through Week 22 with fifteen of those weeks showing multiple 6-mag quake events for the period. The idea that we had no earthquake events above 6-magnitude for Week 13 of the 2016 Earth Orbit Cycle points to a severe misinterpretation of the evidence provided by the Binary Twin Magnetic Repulsion Model and conclusions drawn from the 188-day cycle evidence in general.
The strange aspect connected to the apparent earth change lull is seen in this EQuake3D image ([url=https://www.dropbox.com/s/tc8j8cvoxo083iv/Screenshot 2016-05-12]here[/url]) showing how the concentric rings highlighting earthquake events around the Pacific Ocean/Ring of Fire are overlapping and even through the Cascadia Subduction Zone where a quiet area has persisted through previous Earth Orbit Cycles.
2014/2015 Final Seismic Chart
2015/2016 Seismic Chart
While we are seeing the same number of 5-magnitude earthquake events for Week 13 as last week, the 24 value is half the average we have seen over the course of the last two years. My expectation at this point is for us to see an increasing number of red values showing up in the growing 2016 seismic chart, because the patterns are definitely changing from what we have seen developing since the Project Black Star Investigation began in January 2011. The Week 14 earthquake reporting period ends this coming Saturday and a look at EQuake3D continues to show no 6-magnitude earthquake events, while the average value for this earth change uptick week spanning the last two years is five (5) providing strong evidence that the previous seismic pattern has definitely been broken.
Earth saw only four new volcanic eruptions this week on the low end of the earth change scale representing another strong indication that Earth is moving through the first earth change lull period for the 2016 Earth Orbit Cycle relative to the Black Star. The volcanism pattern showing volcanic pressures shifting from the Indonesian side of the Pacific Ocean/Ring of Fire over to the Americas has stalled once again like we see with each earth change lull period.
http://hpiers.obspm.fr/eop-pc/index.php?index=mission⟨=en

http://www.wizaurad.com/axis-drift.html
The migrating magnetic North Pole continues racing far ahead of the projected position, while taking a much wider path than we saw for 2015. This is more evidence that the recognizable earth change patterns for 2014 and 2015 are deviating greatly for the current 2016 Earth Orbit Cycle and testifying to the fact that my models are indeed breaking down, as the Black Star moves nearer and nearer to the inner solar system.
Right now the evidence points to two possible explanations:

Those following the research and my regular Black Star Update Reports know that my prediction for the magnetosphere to turn around and for the Martian Dust Storms from Sun/Earth/Black Star magnetic portal connection convergence and portal-to-portal cross firing also came earlier than expected. Some were sending me accolades for predicting these two simultaneous events, as inner solar system environmental conditions are very similar for the Sun, Black Star, Earth and Mars directly between our planet in the Libra Constellation like we saw in March 2012. While I took credit for making the predictions that came true, my comment was that these events took place ‘earlier’ than expected, as these events for March 12, 2012 came only one week before the predicted nearside-alignment quake event (Guerrero, March 20, 2012). The recent magnetosphere collapse took place on April 23, 2016 (story ) with Martian Dust Storm activity kicking off around the same period (story ) with both events taking place about one week ahead of schedule ‘and’ leading up to the 7.0 Vanuatu Quake Event about one week ahead of schedule.
The fact that these three key events appear to show up early in the investigation coincides with a gigantic earth change uptick surge taking place in the month of April 2016. Check out some of the events reported for April from this story featured at the top of the Earth Change Section of this newsletter (link ) sent in by David. April saw 21 major earthquake events, while the data shows a big drop in activity for the weeks where we should be seeing big earthquake events. The story says that nine new volcanic eruptions took place in April, but that value is much too low. The first week of April (see [url=https://www.dropbox.com/s/c7jd2feiygdc0gd/2016 Newsletter Volume]Volume 14[/url]) saw nine new volcanic eruptions alone with six new eruptions in the second week ([url=https://www.dropbox.com/s/dooxlo1fi3xp7bl/2016 Newsletter Volume]Volume 15[/url]) and seven in the third week ([url=https://www.dropbox.com/s/bjebwcf0lg4kh65/2016 Newsletter Volume]Volume 16[/url]) and nine new volcanic eruption events for the fourth week ([url=https://www.dropbox.com/s/3oh8ej1t11xpvkq/2016 Newsletter Volume]Volume 17[/url]). Those new eruption event values total thirty one (31) new volcanic eruptions for the four-week period with all on the high end of the scale, while this week we had only four new volcanic eruptions indicative of Earth going through an earth change lull period; as if the Black Star is already ‘behind’ our planet in orbit around the Sun.
Many newsletter subscribers and contributors were sending me information on solar flare activity taking place in April 2016 (info ), but I was convinced that this solar flare activity was also coming ‘earlier’ than expected from Sun/Earth/Black Star magnetic portal connection convergence, portal-to-portal cross firing and developing highly-charged ionic clouds much like we have seen on previous orbit cycles. All of the indicators were pointing to another late April Sun/Earth/Black Star nearside-alignment quake event, but I fully expected the activity to reach even higher levels around May 7, 2016; which blinded me from what was happening with all the earth change activity taking place through the month of April. Now we continue watching and gathering weekly earth change data to support the hypothesis that Earth is going through the first of two earth change lull periods ‘earlier’ than expected, which means Earth reaches outside-orbit position with minimum values about the same time as last year on August 18, 2016. However, all of that said, there is a second explanation to explain what might be going on here.
Read the Full Report and related articles using a complimentary link to Terral’s 2016 Newsletter [url=https://www.dropbox.com/s/p8elsnf3rndnzht/2016 Newsletter Volume]Volume 19[/url]. Subscribe and support the research at terral03.com .
Thanks to: http://planetxnews.com 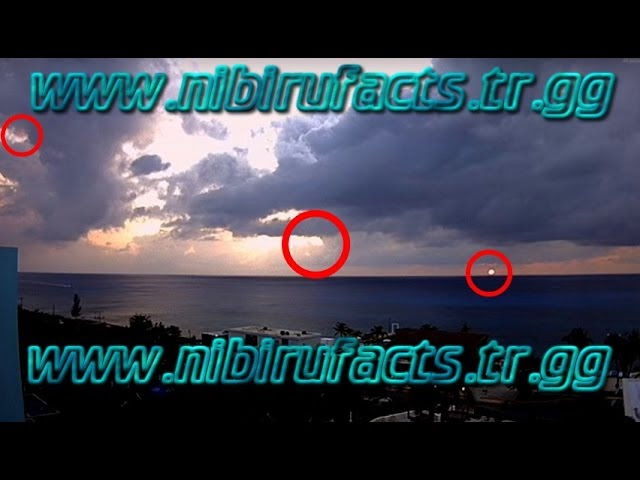 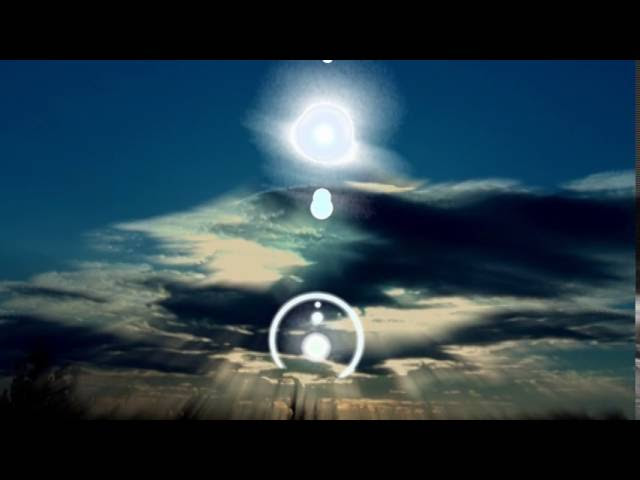 NASA Confirms: Planet Nibiru Is Coming Toward Earth – Nibiru Will Be A Life Ending Event

NASA Confirms: Planet Nibiru Is Coming Toward Earth – Nibiru Will Be A Life Ending Event

THE SIGNS THAT PLANET X, NIBIRU IS CLOSELY APPROACHING 2016.What is planet X also known as Planet 7X or Nibiru and what does it mean for us on … 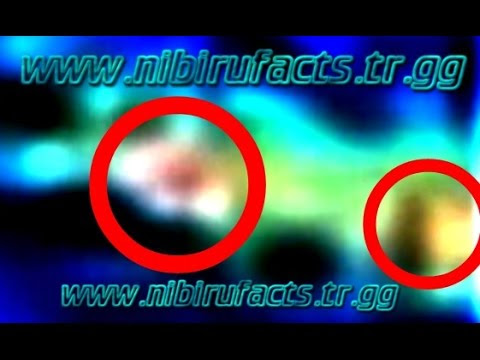 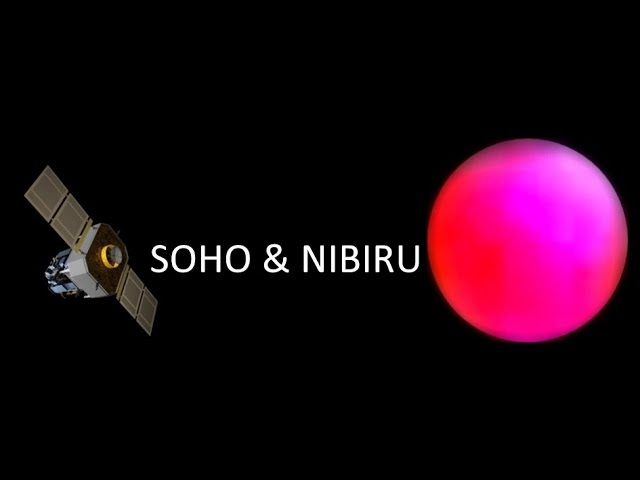