By Staff Writer David “Doomsday Dave” Hines
bio and articles / forum
Editor’s note: This is an update to this article from May 7th. Some text has been repeated for context.
I went to a new gun club last weekend that has a great indoor shooting range; it is in a small town called Burford. I talked to one of the sales guys there (Craig Robinson) who showed me around. I told him that I wrote for a Web site and he asked which one and I answered PlanetXnews.com, I thought he was going to faint with excitement as he blurted out the word “Nibiru” and said, “Oh my gosh. Doomsday Dave!” We chatted for a good hour and he was very knowledgeable on the subject of Planet X / Nibiru. He told me that he was a pilot and he said that the Canadian Air Force had been flying low over where he lived so he snapped three pictures of what looks like a Hercules aircraft. He did not think too much about his picture until his wife looked at it and asked, “What is that white dot to the right of the picture?” The picture blew my mind because I actually saw it on his mobile phone and he swore that it had not been tampered with and that he would not know how to Photoshop a picture if his life depended on it. I believe what he told me; he had nothing to gain by lying to me and so I told him that I would mention it in this article and share it after I have it independently analyzed and determine it is not naturally explainable.

Well, you can judge for yourself. I happen to believe that this is authentic. Make sure you enlarge the white dot on the right as indicated and you will see other orbs surrounding this object which I believe to be Planet X.
So I sent these pictures to a friend of mine who in turn sent them to an expert to get them evaluated. The only thing that he could tell me is that in his opinion the pictures had not been Photoshopped and he said that to evaluate the dot he would need to see the actual pictures on the cell phone. I can’t say that this is Planet X, nor can I confirm that it is a sun dog, but I don’t think that it is lens flare; but, again, I am not an expert. All that Craig wants to know is what it could be, even if it turns out to be a sun dog. If you zoom in on the dot, you will see some other anomalies around it, so please check it for yourself. I’d love to read your opinions.
The three pics below are the original photos directly from his cell phone. I just want to let you know that these photos are not recent but were taken midway through last year.

Omar sent me another good link which I strongly recommend listening to. David Meade is being interviewed and, from listening to him, I know he has a lot of knowledge and I think I am going to put him on my Favourites list.
I would like to hear from all of you about what you just listened to, as it gives us a date to work toward and I think that he sounds very credible.
The pics below show just how red the skies are at times. Could it be red dust from Planet X?

There are more and more sightings of Planet X than ever from around the world but some ask a legitimate question, which is, why is it not visible all the time? The only rational explanation I can think of has to do with its relative position to the sun. There will come a time soon when it will be visible to the naked eye and that will be the time to hustle to get prepared.
Stay safe and keep your eyes on the skies.
DDD signing off.
Thanks to: http://planetxnews.com 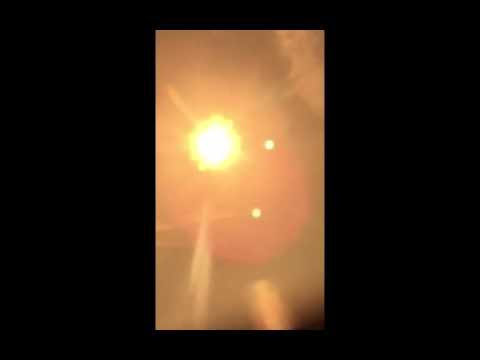 By Guest Writer Christian deBlanc
bio and articles / forum
From Antarctica’s Neumayer Station to Mexico , images and video footage of a Red Kachina / Planet X / Nibiru are penetrating through the Saturn-Moon Matrix. Mother Mary spoke to Veronica Leuken about a “red ball of redemption” that would give a warning and eventually collide with Earth. I don’t know what else to do other than conclude that Planet X / Nibiru is the ball of redemption.
We’ve heard strange trumpet noises in the sky. Now, we have a presidential candidate named Donald Trump and September 2015 to September 2016 has been and still is the Year of Jubilee , which is actually the 70th since they started counting these approximately 1,500 years before Jesus Christ. Moreover, it is the 40th Jubilee since Jesus Christ’s crucifixion and subsequent resurrection on the third day.
None of the irony and synchronicity of this is lost on me. I also know, thanks to the teachings of Hidden Hand , as well as the channeled wisdom of the Law of One , that the Harvest is a known concept affirming the words of Jesus : “The harvest is plentiful but the workers are few.”
The Book of Revelation says that “the kings of the earth, the princes, the generals, the rich, the mighty, and everyone else, both slave and free, hid in caves and among the rocks of the mountains.” The Book of Isaiah says approximately the same thing: “People will flee to caves in the rocks and to holes in the ground from the fearful presence of the LORD and the splendor of his majesty, when he rises to shake the earth.”
At this point, Planet X / Nibiru is approaching from the south (southwest, in my opinion) and dropping fireballs and black tar upon us while the Elite spray chemtrails that drop nanosized aluminum and keep us blind and sick. We can’t see the big ball of redemption, nor do we know that the Great Harvest is imminent.
I predict this will change quickly, though. The hundredth monkey effect is happening right in front of everyone’s eyes, as suddenly everyone is awake to the tyranny of the financial / corporate-technocratic elite. Suddenly, no one is bothered by little things because there are bigger fish to fry. We must convert ourselves to being 51% in service to others .
Everyone has the chance to purify their souls — their karma, if you will — and make the quantum leap. It’s a graduation to fourth density and onward to fifth density after 1,000 years (or 10,000 years). But, first, there must be a warming and opening of the heart complex to feel for humanity now.
Humanity is suffering and the Earth is, too. There is no way to ignore one’s sufferings, but we cannot punish humanity for the Earth’s sufferings, just as we cannot punish the Earth for humanity’s sufferings. Global warming policies will have the effect of punishing the poorest individuals and giving service to the Elite as they have set up the carbon trade systems. Just as the European Union and the United Nations only serve to help the Elite, though they sell themselves on serving others. There is a simple skeleton key to unlocking the conspiracies on this planet. The Elite, as Hidden Hand has told us, are trying to be 95% service to themselves, so they will lie to us and harm us, especially if they profit from it financially. They almost have to be evil, at least in their own minds, if they are to graduate and depart. I know this sounds crazy but it explains man-made diseases like HIV and now Zika. Everything is designed to eliminate populations and allow the Elite to have a one-world government. Seems like the Elite are divided between those who know that the Harvest is imminent and those who think this is their chance for long-term world domination and transhumanist apotheosis.
Just like religion is divided between those who understand the Harvest, which [url=http://www.islamicity.org/quransearch/action.lasso.asp?-db=Quran&-lay=tblMasterTranslit&-format=SReply1.asp&-op=cn&Topics=1486&-token=Day of judgment<%21--asad-->||true&-sortorder=ascend&-Sortfield=cv&-find]in Islam is a known event[/url].  The Elite have tricked many Muslims into thinking that they can rape women, which traps them in the service-to-self ideology, and puts them in same judgment that the djinn and Iblis will receive because they have deceived mankind and served themselves for thousands of years. Of course, as we gird ourselves to fight Muslims, then we can possibly overly-harden our hearts as we seek to defend our families. Just as Christians in the United States are concerned about guarding their families from harmful ideologies.  Of course, we must love.
Love and the light of wisdom must go hand-in-hand as we enter the new Age of Aquarius through the traumatic birth experience of Planet X and the Great Harvest. In the last analysis, Planet X is most likely not a planet after all. It is a red dwarf star trailing perhaps seven planets in its tail, as well as meteors-a-plenty, which can become fireballs in front of our eyes astonishingly fast indeed. I am amazed. It is just amazing to me that all of this is happening right now. Yes, next year, September 23, 2017, we will see Revelation 12 right in front of our planet as Virgo gets crowned.
This event will set in motion the birth pangs of the Tribulation, or the Tribulation of the birth pangs. If we are still here, it will be the last chance to do enough good to others to graduate safely. Just remember that doing good to others is all that will matter in these last days. Being honest, doing good work and staying ethical are the best ways to ensure that, even as we prepare to ride the storm, we will be ready to surrender ourselves to the chariots, should the time come. It might well be that we are perfecting our own selves as we speak, so we can graduate.
Thanks to: http://planetxnews.com 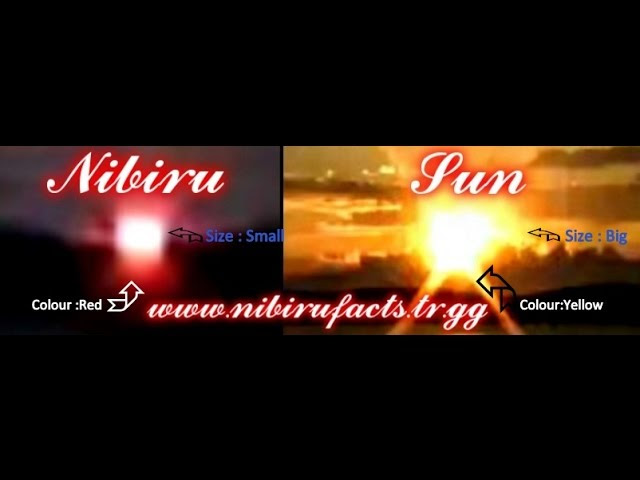