David Meade – Guest Writer for PlanetXnews.com
By Guest Writer David Meade
bio and articles / forum
I recently received quite a compliment from a viewer of one of my YouTube media interviews. He wrote a review of my book and stated this:

When I first learned about Planet X, or Nibiru, I was fortunate enough to have discovered David Meade’s Interviews on YouTube. There I heard about his book, Planet X – The 2017 Arrival. He puts together all of the key evidence and historic information you need to know to be 100% confident of the Truth of Planet X! His data and sources are the most high-value information on the Internet. It feels like he is actually there! Of course his expertise is research! He has worked at a high level in the Government as well as with several Fortune 1000 Companies in Research. In the first chapter he writes, “The existence of Planet X is beyond any reasonable doubt, to a moral certainty. In this section we’ll examine proofs of its existence.” He does an incredible job of presenting the evidence! He writes like he is an attorney presenting this argument to a judge! He dots his I’s and crosses every T! He covers a huge range of data and evidence. I feel like I am an expert now, and so will you when you read this book!
The first video I saw with him was Nibiru Will Pass Earth Before November 2017, The Evidence, Investigator David Meade . You will be amazed at how he arrives at that date!

My publisher has indicated that effective approximately the week of June 20, my book, Planet X – The 2017 Arrival , will arrive and be available as an audio book on Audible, Amazon and iTunes; it is currently an eBook.
Then, during the week of July 11th, the book will also be available in print. It will be listed in the UK, US, Australia and Canada and will be available online and through major bookstores.
This noteworthy event makes my book the only book on Planet X available on all three platforms (eBook; print; audio).
Now, my response to people who do not believe in the Bible prophecies or the scientific data about the Planet X and Wormwood system: You should read ancient history and study geology, or visit your local natural science museum . Through investigative science, you will learn that major asteroids and comets were responsible for the catastrophic events in the past centuries and millennia. You’ll find out the North Pole used to be, in all places, located in the middle of the state of Arizona! We live on a cataclysmic planet.
There is no hiding this incoming solar system any longer! It consists of a dark star, smaller than our sun, which hosts seven orbiting bodies, some smaller than our moon and a couple of them larger than our Earth. The dark star is called “Nemesis” or “Planet X.” The blue planet is called the “Blue Kachina.” The planet that is larger than Earth that is orbiting the dark star is called “Nibiru.” It is also known as “The Planet of the Crossing” and the “Destroyer.” There is another object – some refer to it as “Helion.”
This system is, of course, not aligned with our solar system’s ecliptic, but is coming to us from an oblique angle and toward our South Pole. This makes observations difficult, unless you’re flying at a high altitude over South America with an excellent camera. As it intertwines and approaches it, will come from our south and loop all the way to the extreme north, then come back south again as it exits our orbital path.
The evidence to support this is overwhelming. There are 40 volcanoes erupting at the same time on Earth now. Earthquakes have dramatically increased both in number and intensity. The Elite are frantically building underground “safety” bunkers. The public is being kept in the dark deliberately to avoid panic. Storm systems are multiplying both in type, intensity and size. Sinkholes and cracks are appearing in the earth’s crust. Heatwaves are getting stronger and are lasting longer. I’m just waiting for the fat lady to sing!
Thanks to: http://planetxnews.com


Seismic and volcanic indicators all say that Earth continues moving through the first of two well-defined earth change lull periods for the 2016 Earth Orbit Cycle relative to the Black Star being tracked at the feet of the Virgo Constellation moving slowly left in the orbit diagram relative to the Sun.
Year-over-year weekly seismic event values mirror those from 2014 and 2015 very closely, as Earth continues finding ways to maintain the appearance of equilibrium since the big seismic/volcanic event uptick coming in April focused on the Sun/Earth/Black Star nearside-alignment marked by the 7.0 Vanuatu Earthquake from April 28, 2016. While seven of the 6-magnitude earthquake events for Week 18 seem rather high, this week historically has seen a bounce in 6-mag quake events with the 5-magnitude quake value remaining exactly the same (24) for the last three years in a row.
2014/2015 Final Seismic Chart

2015/2016 Seismic Chart
Combined weekly totals for the 6-magnitude earthquake events for Week 17 and 18 for 2014 was ten events with the same two-week period for 2015 showing nine, so nine of the 6-magnitude earthquake events for the same two weeks of 2016 was expected using the historical seismic data. This high value for any two-week period happened only twice in 2014 after Week 18 in Weeks 25+26; and only three times for 2015 for Weeks 33+34, 34+35 and Weeks 42+ 43, during the second earth change uptick period for the 2015 Earth Orbit Cycle relative to the Black Star.
The difference for the 2016 Orbit Cycle is that the pressure shift in the Pacific Ocean/Ring of Fire Tectonic/Volcanic Dynamic from Indonesia over to the Americas is farther along than we saw on previous orbit cycles with big pressures building along Central America up through Mexico moving towards the proliferating California Quake Swarm Area that has spread north across the Canadian border to include the bulging Yellowstone Reservoir and Magma Chamber. The evidence seems to suggest that any critical linchpin quake event along the Cascadia Subduction Zone will come later in the timeline, after Earth passes outside-orbit position (around August 18-19, 2016); when the second earth change uptick period begins running to the first week in December 2016. The jury is still out on whether the US/Canada West Coast blows up with big seismic/volcanic activity with the coming earth change uptick period, or if all of that starts later down the road. If the geopolitical environment is any clue that answers this question, then perhaps reading about the Cascadia Rising 2016 Exercise (link and PDF ) is a good idea.
Earth saw four new volcanic eruptions this week with focus on Indonesia and Central America where pressures are expected to eventually move north through Mexico to the California Quake Swarm Area through future earth change uptick periods. Remember that Indonesia is the starting location for seismic/volcanic activity with each new earth change uptick period and the same location where these pressures retreat through each subsequent earth change lull period like we are seeing today amid decreasing activity around the northern regions of the Pacific Ocean/Ring of Fire from Alaska, the Aleutians, Kamchatka and back through Japan moving south that are all void of new volcanic eruption events part of the lull period pattern.

The magnetic North Pole hit the bottom of the chart on June 7, 2016 on the same date as last year to make the same big move the same as last year in 2015, but still running about a week ahead of schedule compared to the seismic chart values for Week 18 of the 2016 Earth Orbit Cycle. Note carefully that the migrating magnetic North Pole made the same exact small move in the week leading up to June 7th that we see for 2015 and now has made the same big move from June 7 to June 14. If last year’s movement is any indication, then we should see an even larger move of the magnetic North Pole for the coming two weeks and then see a small move from June 30 through July 7, 2016. I am watching the migrating magnetic North Pole very carefully for signs that this year’s position lags behind last year’s position by the same three-day period we saw in the seismic chart between the nearside-alignment quake events (April 25, 2015 to April 28, 2016) part of a new emerging pattern that matches what we saw with the twelve-day delay; when the Black Star was moving left in the orbit diagram along the 188-day cycle.
The biggest news for this week came from a BPEarthwatch Video (link ) where he gives commentary on a Large Object Passes Jupiter Video (link ) posted below as the top Featured Article for this newsletter. I forwarded the information to Don our project astronomer, but he was unable to draw definitive conclusions based upon what appeared in both videos. See my commentary below for a full explanation. The short answer is that the object in question was moving much too quickly left in the orbit diagram to be connected to the inbound Black Star at the feet of the Virgo Constellation. BP wanted to make a connection between this fast-moving object and the magnetopause reversal from last April that he originally connected to the magnetopause reversal event from March 12, 2012. The problem for the explanation/hypothesis is that Jupiter moves about 30 degrees left in the orbit diagram relative to the Sun each year, while the Black Star has moved just 12 degrees per year (2004-2015) with the leftward move for 2015-2016 being only 3 degrees. Do the math to realize Jupiter is moving left in the orbit diagram at an average of more than twice the rate of the Black Star and his mystery object is moving much faster than Jupiter left in the orbit diagram. I would like to point out that BPEarthwatch has been sent commentary on many of these related topics over the years (even as MrCometWatch) and the guy has never even bothered to make a reply to one message.
Read the Full Report and related articles using a complimentary link to Terral’s 2016 Newsletter Volume 24 . Subscribe and support the research at terral03.com .
Thanks to: http://planetxnews.com 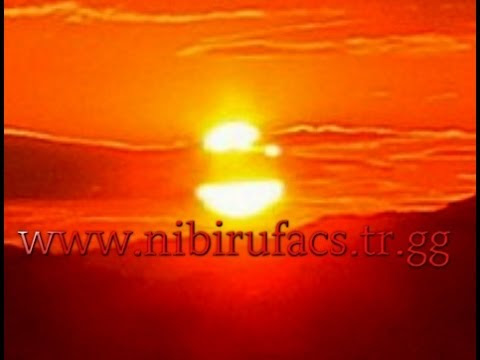 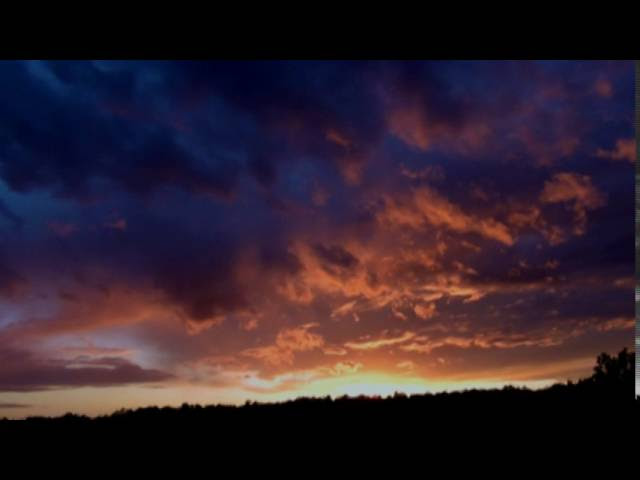 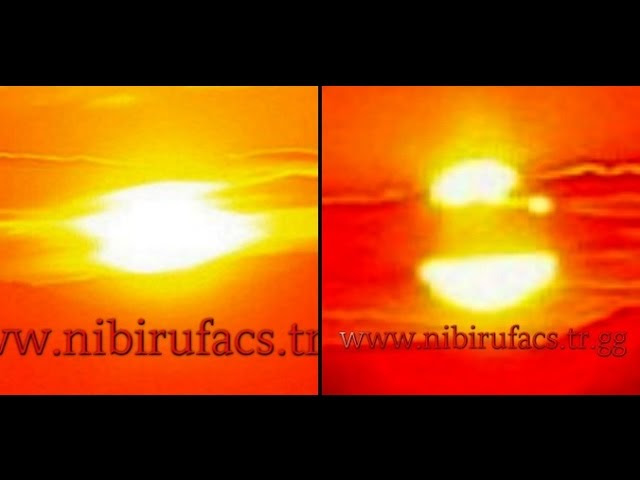 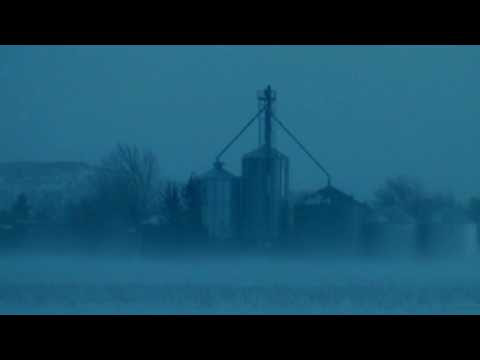 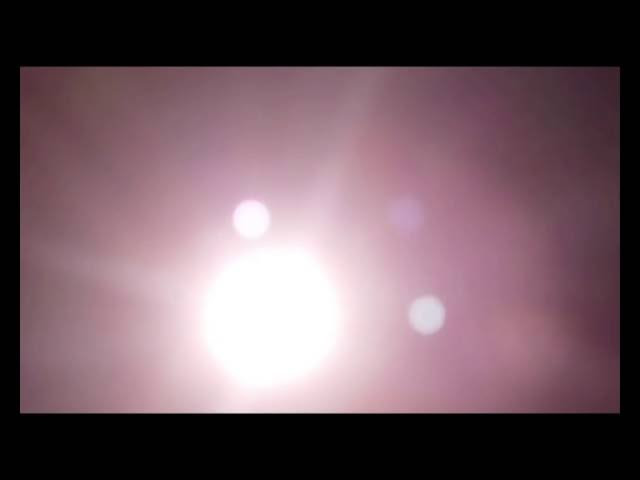