By Staff Writer David “Doomsday Dave” Hines
bio and articles / forum
Could the sun be responsible for our demise? Could a solar flare wipe out the grid, leaving us helpless? Check out the video below which offers up some good information.
I read this article by Robert Walker and in it he says that we have predicted that Nibiru will hit Earth. Well, I have not seen an article that say that. It seems to me he is just writing what he believes which is his right but please do some research first before spouting off and making yourself look like an idiot. I know I am being very critical but I do get upset when people write stuff without any facts as to why our planet and others are going through turmoil and everything else that is weird. Not all the pictures of Planet X or whatever it is out there are fake. Some people have captured some very compelling still shots and videos.
This article states the opposite of what Robert Walker published. The Russian Slooh astronomer, I think that he has more credibility than Walker in the previous paragraph. Giving credit to EyesOpen YouTube channel and special credit to JayWill7497 for writing a fantastic article, he does not pull any punches; way to go, mate. So I say if you want to be caught with your pants down, then listen to Robert Walker. I don’t even know if he has any credentials to support that drivel that he wrote.
I thought I would do a search of mainstream newspapers and TV, so I Googled it and to my surprise there was only one TV station (CNN – video ) that actually believes there could be a brown dwarf lingering in our solar system. I Googled Fox, NBC and CBS and what I discovered is that they do not even want to mention Planet X or anything associated with it. I could not find any news mocking what we believe is forthcoming. I thought that I would find something that was broadcast stating that all us doomsday people are nuts, but nothing. I guess the gag order on this taboo subject is working.
I know that the Discovery Channel showed some interest in this subject and I was interviewed over the phone for more than an hour. The program they were going to air me on was a special on the American Heroes Channel but I think I was cancelled because I was not from the US, so you might want to watch for it coming up. If anyone can record it and send me copy, I sure would like to see it as we can’t get it here in Canada.
This next link is for all those debunkers and all I have to say to them is go and suck eggs and try and debunk this one. Once again, it was sent in by Omar; he is a great asset to the cause.
Must read

I have saved the best for last: Putin is about to blow the whistle on the US covering up the arrival of Planet X. This could mean war, folks. This article was also sent in by Omar.
Stay safe. DDD signing off. May God be with us.
Thanks to: http://planetxnews.com

By Guest Writer Terral “Terral03” Croft
Seismic indicators continue to say that Earth is moving through the first earth change lull period of the 2016 Earth Orbit Cycle relative to the inbound Black Star transitioning from the feet of the Virgo Constellation into the Libra Constellation just below the ecliptic plane.
Week-over-week seismic event values for Week 21 show the number of global seismic events within expected parameters with very few of the high-magnitude earthquake events (just one 6-mag) with an average number of 5-magnitude earthquake events. The 243 value for the key 2.5 to 4-mag quake events is slightly higher than expected, but Week 22 and 24 for the 2014 Orbit Cycle show 237 and 244 events respectively saying that this is really nothing unusual.
2014/2015 Final Seismic Chart

2015/2016 Seismic Chart
Seismic data shows Earth maintaining equilibrium very well through this first earth change lull period, as Earth is moving away from the Black Star in natural orbit around the Sun for the Black Star/Earth magnetic portal connection to lengthen rapidly through this period reducing Black Star ability to inject electromagnetism into our planet. Seismic values are expected to remain on the low side for most of the summer months running to the end of August 2016, when the next earth change uptick period is expected to begin running through the beginning of December.
Earth saw five new volcanic eruptions this week with focus on the American side of the Pacific Ocean/Ring of Fire where seismic/volcanic pressures are shifting from the Indonesian side of the equation. The Aleutian eruption (Pavlof ) is the first new volcanic eruption event in the region for quite some time, but I really do not expect this activity around the northern side of the Pacific Ocean/Ring of Fire to intensify again until the next earth change uptick period with the activity peaking around the end of November 2016 amid a series of large-magnitude earthquake events much like we saw last year with five of the 7-mag quake events in just a four week period in Weeks 43 through 46. The only 8-mag quake event we have seen since Week 13 of the 2014 Orbit Cycle came with the 8.3 Chile Quake in Week 32 of the 2015 Orbit Cycle in the month of September part of the second earth change uptick period late last summer. Contributors and subscribers often ask why there are fewer large-magnitude earthquake events with nearing Black Star proximity. Sandy asks that question in the top Featured Article below this Update Report for those interested.  Open up EQuake3D to realize we have not seen anything larger than a 5.7 quake event for the last week as of Thursday morning at 9:30 AM.

Draw a line from the Zero Tilt location through July 5, 2015 (7-5 in blue) to see that the migrating magnetic North Pole is lagging two days behind last year’s position helping to support the hypothesis that a pattern exists between the data within this migration chart and the Seismic Chart above. The difference between the nearside-alignment quake events from 2015 to 2016 is just three days (April 25, 2015 to April 28, 2016) representing just a three-degree Black Star move left in the orbit diagram. My expectation is that the migrating magnetic North Pole position will trail behind last year’s location by this same three degrees (three days) all the way to the top of the chart reaching that key marker position around December 11, 2016 very near the same location we have seen for the last two orbit cycles. We shall see.
Sheldon sent in information that the Black Star (a.k.a. Planet X) is having great influence on Jupiter and Mars posted in the second Featured Article below this Update Report indicating that my predictions were right about the largest planet in our solar system. Jupiter reached the magical 90-degree outside-orbit position relative to the Sun and Black Star at the same time as Earth in the winter of 2014 to begin the move towards the Black Star in natural orbit around the Sun causing the Black Star/Jupiter magnetic portal connection to begin shortening. Remember again that the Black Star made just a 3-degree move left in the orbit diagram from 2015 to 2016 down from a 12-degree move from 2004 to 2015 on average. The Black Star is slowing inbound orbital velocity due to mismatched Sun/Black Star magnetic polarity causing the smaller star (the Black Star) to literally put on the brakes due to Binary Star Magnetic Repulsion like trying to put two magnets together the wrong way making them repel one another explained here . Do the math to realize Jupiter moves left in the orbit diagram some 30 degrees each year, which means the Black Star/Jupiter magnetic portal connection is shortening more rapidly than at any period since the Black Star entered the inner solar system. This means that the Black Star potential for injecting redirected solar electromagnetism into Jupiter is escalating higher and higher, which will increase Jupiter core temperatures leading to increased melting of the icy core that will transform the solid ethane/methane/etc. directly to a gas state changing Jupiter environment with greater intensity than we have seen in the past. We should also realize that the Black Star/Jupiter magnetic portal connection is much larger than the Black Star/Earth portal connection, which means Jupiter is siphoning higher and higher amounts of solar redirected electromagnetism that ‘lowers’ Black Star potential for injecting electromagnetism into Earth. Nearing Black Star/Jupiter proximity is causing the earth changes to stabilize on our planet, which allows Earth to maintain equilibrium even better than on previous orbit cycles working to lull the sheeple to sleep with greater efficiency.
Read the Full Report and related articles using a complimentary link to Terral’s 2016 Newsletter Volume 27 . Subscribe and support the research at terral03.com .
Thanks to: http://planetxnews.com 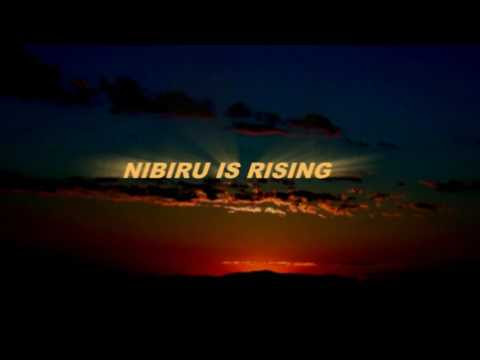 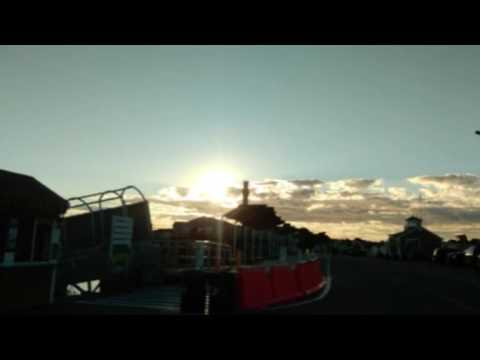 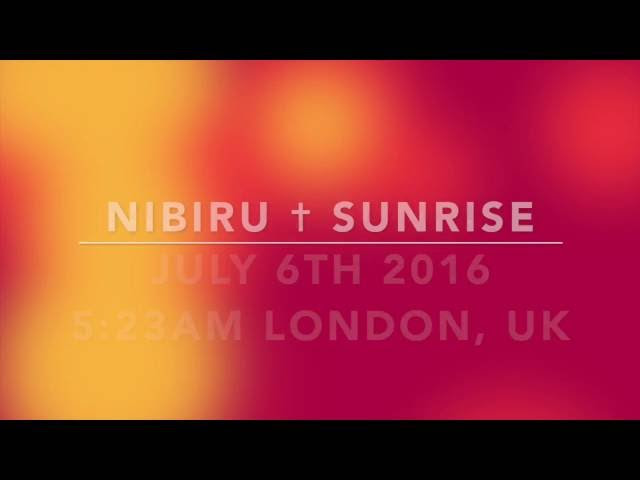 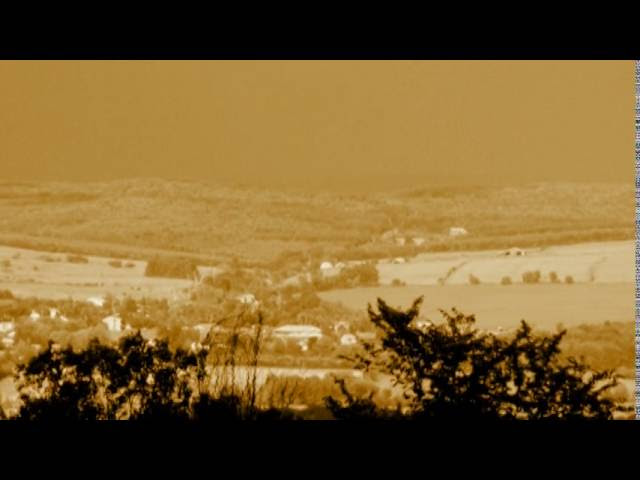 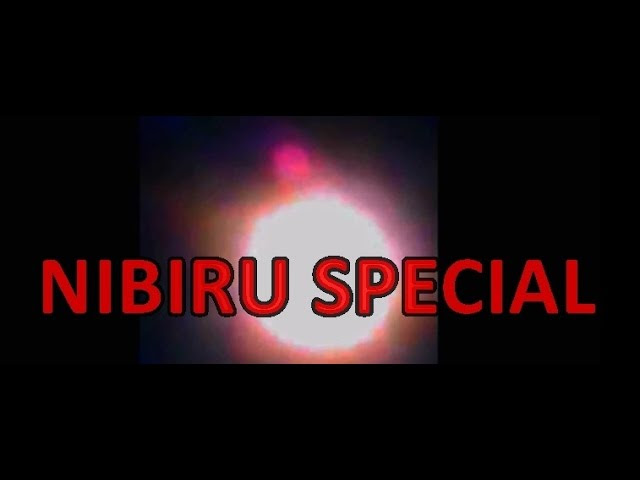