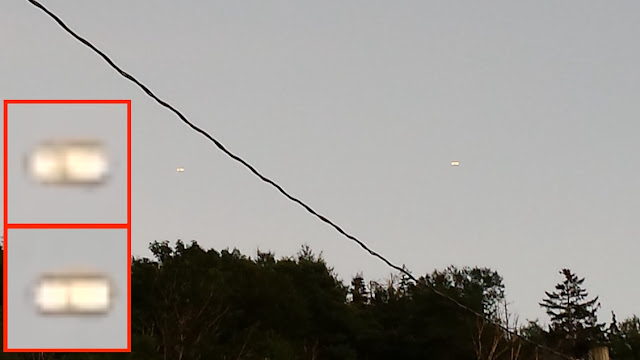 These UFOs were caught during sunset which makes them easier to see. They are both cylinder shaped and following one another. This is an amazing catch, and clearly they are both similar objects, as you see from the close ups I made. These look similar to UFOs that have been reported over Vegas and Denver over the last few years.
Scott C. Waring
www.ufosightingsdaily.com

Eyewitness states:
On July 31st, I was taking pictures of the sunset. Right after I've noticed behind me when I turned these 2 objects moving without making a sound, no trail behind them like a jet. They were moving fast. I took of few pictures. these objects were moving at the same speed and about 2 miles apart and kept that distance until disappearing behind the mountain. My car starter stopped working. I could not unlock my car with the remote, then it started working well 2 days after. My cell phone was still working. 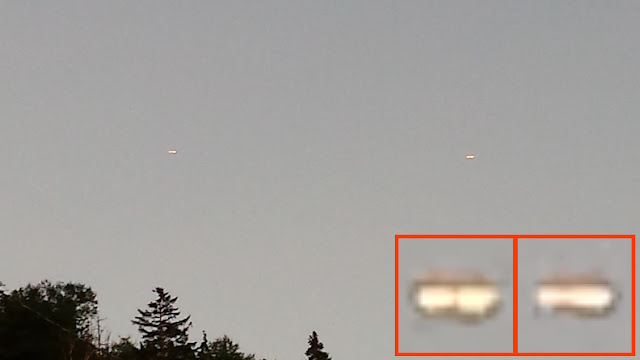 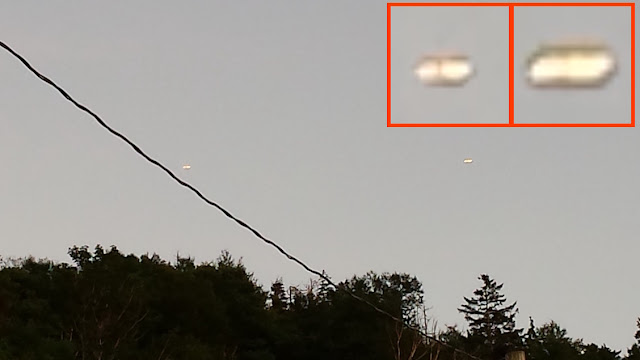 A team of scientists has released video evidence showcasing the famous Brown Mountain Lights in all their glory.

Few UFOs are as legendary as the lights that make appearances over North Carolina’s Brown Mountain. Over the years, this strange phenomenon puzzled experts and amateurs alike and no explanation was in sight. Now we are one step closer to uncovering this mystery, as a team of scientists from the Appalachian State University managed to provide video evidence of this anomalous luminous phenomenon.
Over the past century or so, the popularity of the Brown Mountain lights has steadily increased, as did the incidence of these as of yet unexplained orbs. From ghost lights to ethereal UFOs, multiple explanations have been forwarded but none is conclusive. The only thing that is certain is that the lights are real, appear on a sporadic schedule and disappear just as suddenly as they showed up.
Intrigued by their peculiar behavior, Appalachian State University physicist Daniel Caton assembled a team of equally curious scientists and set up a viewpoint overlooking Brown Mountain. Two cameras were turned on during the night and the video stream was wirelessly sent over to the team’s laboratory back at App State. That was two years ago and since then, the team would pour over every night’s video, hoping to find evidence that could offer an explanation for the unexplained shining orbs.
The two cameras allowed scientists to eliminate false readings such as camera glitches or flares; if an object showed up on just one camera, it could have been an artifact or malfunction. But if it was visible from both angles, the team had reasons to certify its authenticity. On the night of July 16, the team finally caught their first break.

The YouTube description for the video above reads:
“Dusk-to-dawn 30-second images. Mostly cloudy, especially early, with early lightning. Some clearing late, with stars rising at angles ** ANOMALISTIC light appears high above ridge, at ~ 0:18, 0:25, 0:34, and 0:43 in. This appears on BOTH CAMERAS and does not change position over the timer interval, meaning it is not a star. It is too high to be a town light.”
The video above is the first recording where both cameras picked up an object at the exact same time. Though excited, the scientists meticulously analyzed the images and determined the object was indeed physical, or at least visible. The Brown Mountain Lights are still there.

The first written mention of the bright orbs comes from a 1913 article published in the Charlotte Observer.
“The mysterious light that is seen just above the horizon almost every night form Rattlesnake Knob, near Cold Spring, on the Morganton road, about seven miles from here, is still baffling all investigators. All theories as to its origin or nature have either been exploded or fall through from lack of evidence to support them.”
Back then, the lights would appear quite regularly and the U.S. Geological Survey even sent experts to investigate. They concluded that the lights were caused by a combination of car and locomotive headlights, strange air currents and other assorted phenomena. But when a flood struck the area in 1916, the strange orbs kept appearing. The flood had been devastating, with more than 50 homes completely destroyed, railroads damaged and covered in debris, bridges collapsed and swept away along with the roads and power lines. With no headlights and no electricity in the area, a different explanation for the Brown Mountain luminous phenomenon had to be found. In 1922 a second investigation was attempted and could only find natural causes for the lights, although those who saw them insisted the orbs showed intelligent behavior and certainly weren’t optical illusions.
From will-o’-the-wisp to ghost of an innocent woman to swamp gas and giant fireflies, many strange theories attempted to solve the enigma but none offered definitive proof. And how could one do that? Besides photographic and video evidence, nothing can be done; you can’t trap a glowing orb that may or may not be from this world.
More than 100 years have passed since people first began hearing about the weird lights on Brown Mountain and our knowledge on the subject is still slim. Perhaps videos like this one will arouse the interest of the scientific world and one day some real investigations can be done.
Photo Credit: alexandre-deschaumes 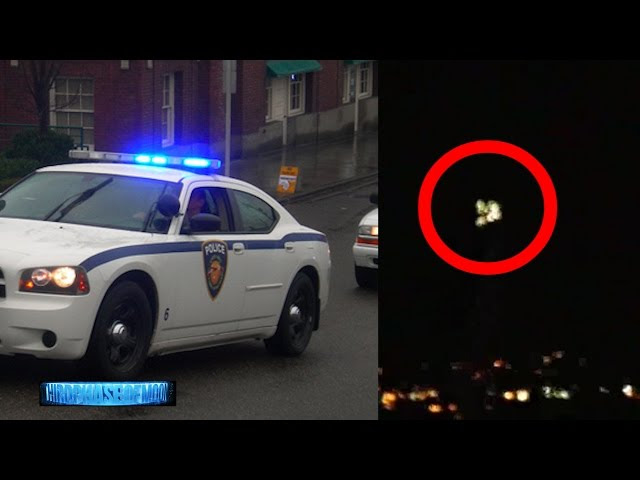 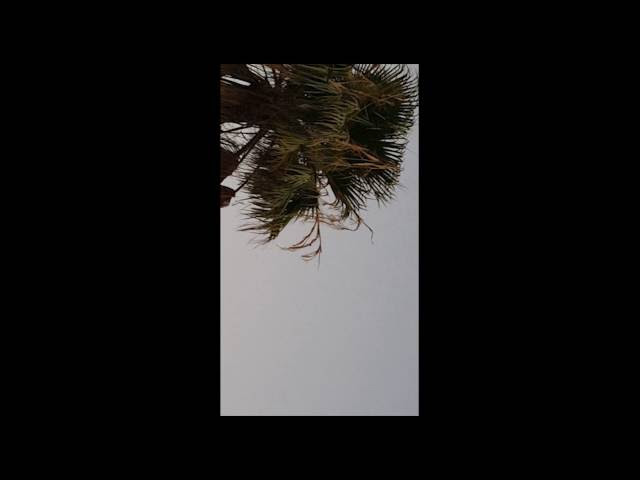 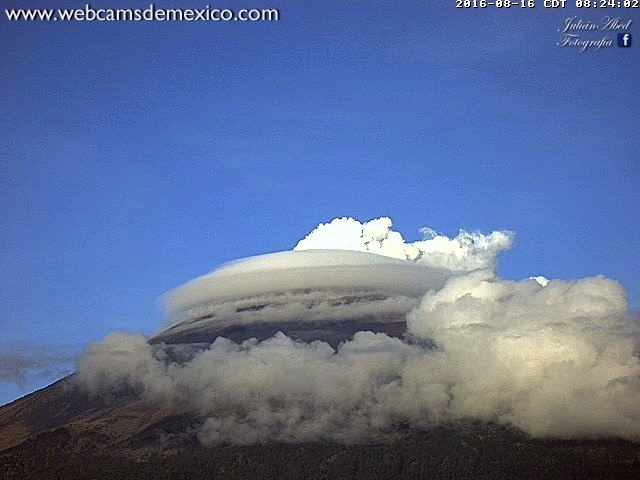 I caught this UFO sitting over the mouth of the volcano last night. Its shape is perfect and its size is 1.5-2 miles across. UFOs are often seen near this particular volcano in Mexico. The UFO is making its own cloud cloak, so as not to frighting anyone that sees it.
Scott C. Waring
www.ufosightingsdaily.com 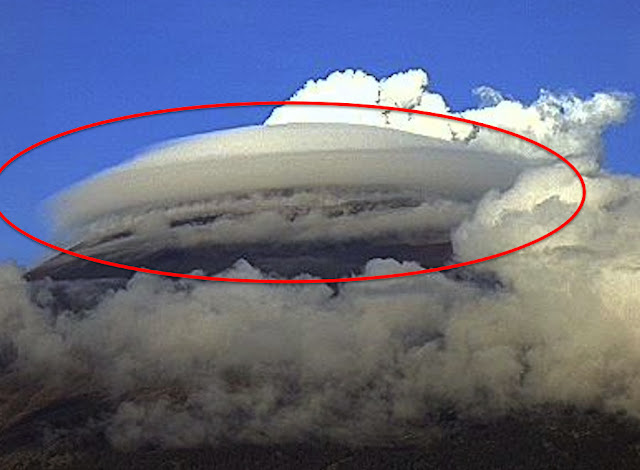 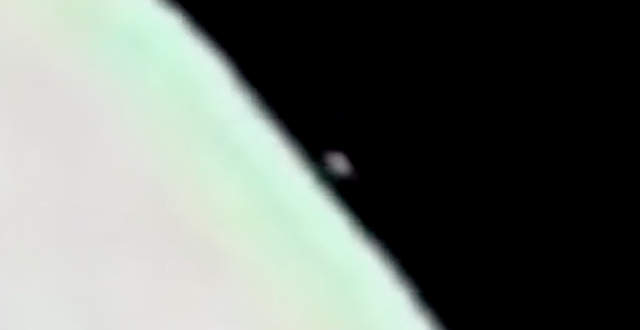 This was recorded this week, a fleet of UFOs landing on our moon. You would believe that this is rare, but its not. I can record this almost nightly if I had the time, which I have done in the past a few years ago. These UFOs are seen about 1 every 2 minutes or so, but this person caught a lot of them. Most digital cameras today have a digital and optical zoom. Optical is high quality, digital is computer generated, so combined, you can get a great photo of the moon with a 50X total zoom or better. Thats what you need...and a tripod. The camera will have to be readjusted ever 2 minutes, because the moon moves fast when zoomed in on. Good luck, lets see you you notice the little white UFOs coming into the moons orbit. Best in full screen. I will put my personal video I made below, from 2012.
Scott C. Waring
www.ufosightingsdaily.com 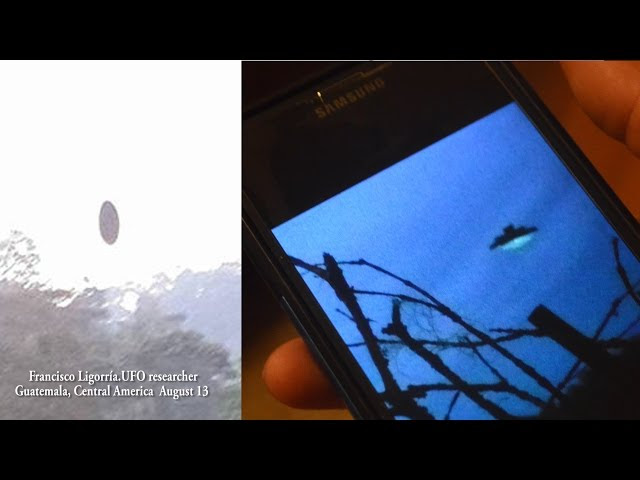