Seismic indicators confirm that Earth is moving through the beginning stages of the second earth change uptick period for the 2016 Earth Orbit Cycle relative to the Black Star moving through the Libra Constellation relative to the Sun.
Week 30 for the 2014 and 2015 Earth Orbit Cycles shows that our planet reached the 90-degree right-triangle position relative to the Sun and Black Star where we traditionally see minimum seismic event values across the board with around twenty of the 5-mag quake events and around 200 of the 2.5 to 4-mag indicator earthquake events, which is certainly not the case for 2016. Seeing two of the 7-magnitude earthquake events for Week 30 in the orbit cycle reveals a red-letter 2 indicating a sharp deviation from what we see in the historical data from recent years. The fifty one value for the indicator quake events is the highest value for the entire year surpassed only by the 56 events from Week 34 of the 2015 Orbit Cycle and the same week we saw the 8.3 Chile Quake Event that changed the entire Pacific Ocean/Ring of Fire Tectonic Dynamic that gave us none of the 6-magnitude earthquake events for the following five-week period where many red values show up in the Seismic Chart.
2014/2015 Final Seismic Chart

2015/2016 Seismic Chart
Some might believe the 268 value for the 2.5 to 4-magnitude indicator earthquake events should also be a red value, but we see 266 of these indicator quake events for Week 31 of the 2015 Orbit Cycle suggesting otherwise. The overall seismic pattern provides strong evidence that Earth did indeed pass between the Sun and Black Star earlier than expected on April 28, 2016 with the 7.0 Vanuatu earthquake event also pointing the finger at Week 10 where we see the biggest series of seismic events for any week this year. Note that Week 10 of the 2016 Seismic Chart remains highlighted in bold text with an asterisk (*), because the possibility exists that our Sun/Earth/Black Star nearside-alignment quake event actually came during this week of high volatility, even if I cannot wrap my head around the idea that this is even possible. That being said, many emails being passed back and forth between me and our project Geophysicist seems to be opening new doors towards a new understanding of Black Star characteristics and behavior for drafting better and more accurate Black Star Update Reports shared in future newsletters.
Be sure to read through the treasure trove of information posted in the Featured Section of this newsletter for more information. All newsletter subscribers and contributors are encouraged to read through the information and to provide input to help the process along. The bottom line here is that Earth just entered the earth change uptick period reaching outside-orbit position about two weeks early in Week 28, which means the seismic uptick is expected to run into the last week of November and possibly into the first week of December 2016. This marks the time that Earth passes behind the Sun relative to the inbound Black Star where the Black Star/Earth magnetic portal connection begins to lengthen for a percentage of the internal active conduits to switch over to passive state reducing Black Star electromagnetic potential and allowing Earth core temperatures to cool from the start of December all the way around through February 2017.
Earth saw just one new volcanic eruption event this week representing the low weekly value for the entire year. This is typical for the period that Earth reaches outside-orbit position, when the Black Star/Earth magnetic portal connection reaches the maximum length to end the earth change lull period. Earth turned around in natural orbit of the Sun for the portal connection to shorten in Week 28, but Earth core temperatures take some time to heat up again much like turning on your oven. However, we have already seen a sharp seismic uptick where values continue climbing higher each week suggesting that there is a brief disconnect between gradually rising Earth core temperatures and the large numbers of seismic events taking place around the globe. I fully expect the number of weekly new volcanic eruption events to climb higher and higher all the way through November with a few drops and bounces along the way, as our planet works diligently to maintain equilibrium using every means necessary right up until that becomes impossible and the crap hits the fan. Watch for the rising magma plume phenomenon (from Week 28 Newsletter ) to intensify for the coming three months, as new volcanic eruptions follow behind the larger/deeper earthquake events originating in Indonesia to then spread north up through Kamchatka and east over to South America and eventually up through Mexico to the widening California Quake Swarm Area later in the timeline.

http://www.wizaurad.com/axis-drift.html
The migrating magnetic North Pole made the small move as predicted (in green) using the evidence from last year (in blue). Right now the magnetic North Pole appears to be trailing last year’s position by about seven days, as this year’s movement up the chart was about twice the distance as last year for the same week in 2015. Again, we are watching the pole position carefully to note the date that the green line passes the -360 mark for making comparisons to the three-day delay we see in the Seismic Chart from our 2015 and 2016 nearside-alignment quake events mentioned regularly in these update reports. The idea is to locate a connection between the patterns in the seismic/volcanic event charts and this magnetic North Pole migration chart allowing us to construct superior predictive models moving forward in the investigation.
A strange series of events have taking place over the course of this week that requires me to lay out all the evidence allowing the subscribers/contributors, youtubers and readers of these reports to make up your own minds about what is really going on. Most everyone knows that Steve Olson invited me to do an interview on his WSO Channel that we did two weeks ago on short notice. All of the info from the WSO interview, Chris Potter’s video and my reply are posted atop the Featured Section in Volume 35 (link ), if anyone needs more information. I responded to the Chris Potter commentary sent to me by Steve Olson that Chris used in his video rebuttal/feedback video uploaded on August 26, 2016, but for some reason Steve wrote me a scathing email saying that I was not to make this information public.!? I have been nothing but helpful and gracious to Steve and Wayne giving them accolades at every opportunity for helping to give a boost to the Project Black Star Investigation. Steve and Wayne were very nice and Steve wanted me to appear on his WSO shows to give updates from time to time; saying that his subs had the opportunity to have a stronger basic understanding of the science, so on and so forth. I tried writing Steve to resolve the matter with no word from his side of the equation at all. I sent the related information from our exchange to the Geophysicist and other advisers with some of the information shared below. There is something strange going on here and perhaps someone reading these words has a better explanation making better sense that can help me towards a better understanding to have closure and move on.
Read the Full Report and related articles using a complimentary link to Terral’s 2016 Newsletter Volume 36 . Subscribe and support the research at terral03.com .
Thanks to: http://planetxnews.com 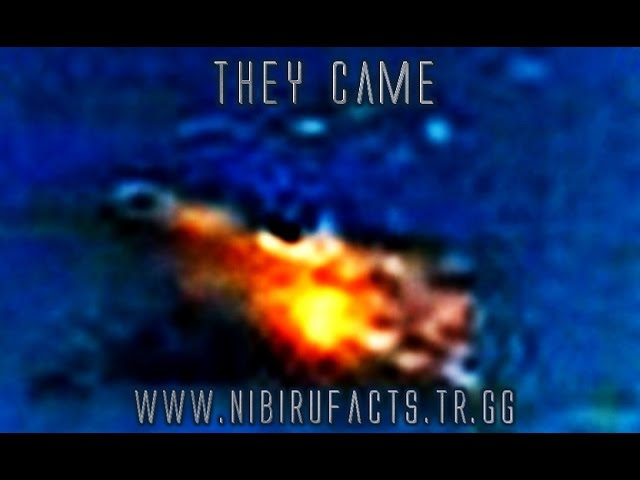 Sunset shows two beams of light opposite from each other?

During sunset a ray of light appears in the sky, which meteorologists and astronomers call crespecular or anticrespecular rays.

So far, a natural phenomenon, but when at the same time a similar ray of light appears exactly at the opposite side of the original ray of light then something strange is going on. 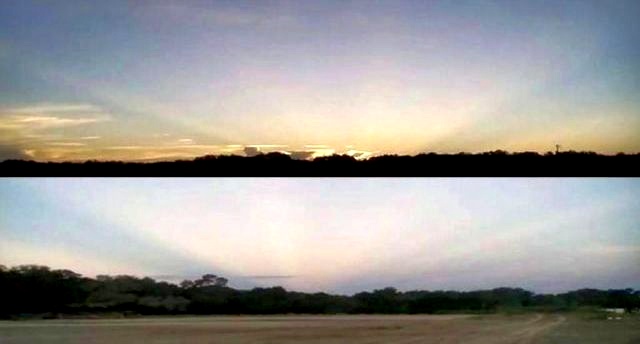 A farmer who works in the outside from dusk till dawn for the last 25 years has filmed this strange phenomenon and he said that he never has seen this before, only for the past 8 weeks.

It seems as the ray of light is mirrored, which is virtually impossible because there is only one light source, the sun.

The farmer stated that after talking to a meteorologist who teaches and has been filming strange cloud formations and rare phenomenon himself, the meteorologist said that this phenomenon is so rare and as far he knows no meteorologist or anyone has ever even seen this occur.

So this is above and beyond strange and a pure miracle that the farmer witnessed and filmed this phenomenon in much less than ten times in two months.

According to the farmer, the meteorologist then stated that crespecular or anticrespecular rays are not proven yet to be caused by clouds at sunset or sunrise.

After doing some research it seems that this rare phenomenon happened once before in 2008 about the same time when they started to spray more chemicals and biological agents in the air, (chemtrails, weather modification).

Furthermore, the farmer said that when he first saw both rays of light his first inclination was that these are formed when the sun is in East and a second object in West.

But when the farmer asked about possible incoming objects, the meteorologist told him that he knew nothing about incoming objects, however he firmly believes there is something sinister behind chemtrails and that the rare phenomenon is a result of weather manipulation.

The farmer then concluded that both rays of light are caused by spraying chemicals and biological agents in the air.

Another possibility could be that the ray of light and its mirror are the result of advanced technology, such as a super computer, a beam splitter or a cloaked device with the capacity to split light sources or to show certain holograms or maybe the phenomenon is something from a parallel world?

Finally, when a ray of light appears exactly at the opposite side of the original ray of light and its source (the sun) then definitely something is wrong and we may wonder whether we are living in a simulated world or maybe something else is going on what we don’t know.

In the next video the farmer who did not mentioned the location shows the bizarre phenomenon in the sky.