The gif-type model showing Nibiru coming from the southern hemisphere to reach perihelion and dive back into the southern hemisphere is definitely inaccurate based upon the well-defined seismic pattern and related information including the magnetopause reversal (March 12-13, 2012 = my video), mystery Martian dust storm (March 12, 2012 = my video), etc., etc.. Note the comment in this Space.com article (here):

“Besides the possibility of transit timing, eclipsing binaries make good targets because planets - if they exist - will likely orbit in the same plane as the two stars - meaning they will also eclipse the stars at some point.”

Binary star systems formed from the same dust cloud into a solar disk are going to look something like what you see in the diagram above with both stars on the ‘same plane.’ Here is more evidence:

“The new observations add to a growing body of evidence supporting the disk-fragmentation idea. In 2006, a different VLA observing team found an orbiting pair of young stars, each of which was surrounded by a disk of material. The two disks, they found, were aligned with each other in the same plane. Last year, Tobin and his colleagues found a large circumstellar disk forming around a protostar in the initial phases of star formation. This showed that disks are present early in the star formation process, a necessity for binary pairs to form through disk fragmentation.”
We know from the seismic data that Earth is passing ‘between’ the Sun and Black Star creating big seismic events on the 188-day cycle from December 26, 2004 (9+ Sumatra) to April 25, 2015 (7.8 Nepal Quake) that includes the 8.8 Chile Quake (2.26.2010) and Fukushima (3.11.2011) and Guerrero (3.20.2012) that took place a week ‘after’ the magnetopause reversal event and mystery Martian dust storm event from March 12, 2012. The evidence reveals a well-defined seismic pattern supported by the related ‘mysterious’ events allowing the Project Black Star Investigation to predict the magnetopause collapse from April 23, 2016 (link) and the accompanying Martian dust storms (link) among other events. Remember also that the seismic pattern and 188-day cycle was discovered in combination with the Elenin Comet first observed in the Leo Constellation (12.10.2012 by Leonid Elenin) and that Mensur Omerbashich discovers the seismic pattern going back to 1965 mentioned in his +6 Seismicity paper to Cornell dated April 11, 2011 (link).

The evidence says that the Black Star is a remnant body left over from the supernova/implosion of our Sun’s much-larger binary twin. The fact that we even have a seismic pattern placing the Black Star in Leo (2010-2012) and Virgo (2012-2015) and now the Libra Constellation says that this gravitational/magnetic anomaly is definitely on or very near the same ecliptic plane as the Sun and planets. My view from the evidence and reports so far suggest that the Black Star is moving towards the inner solar system less than one degree below the ecliptic plane, which is the reason that we see so many stories about telescopes being set up in the southern hemisphere of our planet to see below all the dust/debris on the ecliptic plane itself.

The information in this video has nothing whatsoever to do with the evidence in this case, as I see no connection whatsoever between his Nibiru movement in his gif/orbit diagram and the facts told by the science in this case. The prediction was for big seismic activity and these strange magnetopause reversal/Mars dust storms, solar flares, etc. in the month of April 2016 and all of that happened like clockwork; even though these events came just over a week to early. We then saw the predicted earth change lull period all the way to the third week in August for the current uptick period to begin. We are going to see another big round of earthquake events in November with focus on the end of the month. That is because the Black Star is moving left in the orbit diagram and solar system in the Libra Constellation with late April and November representing the time that Earth is in alignment with the Sun and Black Star ‘all’ on or near the same ecliptic plane. Terral

Become a Terral’s 2016 Newsletter Subscriber with all the benefits by subscribing at http://terral03.com

Published on Sep 20, 2016
Scientists around the world are identifying 'mysterious' anomalies in Earth weather patterns connected to Black Star redirected solar electromagnetism translated into heat energy using Earth metals/salts in the induction process leading to northern ice sheet depletion and reduced polar drip leading to ocean conveyor disruption. Record hot ocean water is trapped at Earth equator unable to move north due to the slowing ocean conveyor leading to Jet Stream fluctuations causing strange weather in super storms, floods and droughts around the planet. We should expect to see more reports coming out about weather strangeness/anomalies that traditional modeling simply cannot explain, because they make no allowances for electromagnetic influences coming from the inbound Black Star. 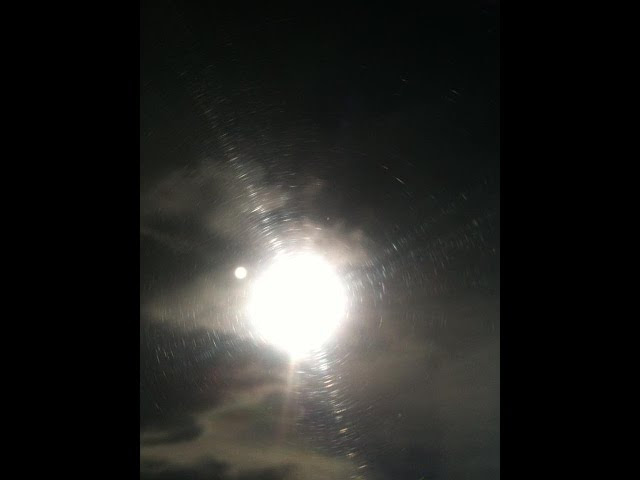