Posts : 95
Join date : 2014-10-29
Location : Montreal, Quebec, Canada
Why did she feel the "need" to give a Stern Warning about this issue?  Bradely Loves calls it out as being in Denial.  I think there is more to it than simply that.  I'm not a 'follower' of her posts/messages but after reading this one, all trust has gone out the window!  :t down: Maybe she's part of the "problem" somewhere I don't care to know. Blahhhh

Posts : 95
Join date : 2014-10-29
Location : Montreal, Quebec, Canada
Thanx PurpleSkyz it came into my being as a realization at some point in time and I wrote it down.  I wouldn't be surprised if someone else had thought about it before me. 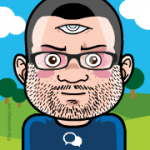 Posts : 10
Join date : 2016-11-21
Age : 28
This is exactly why I find Anna Von Reitz to be a deceiver, and untrustworthy in all her claims.  I have actually spoken with her on her Facebook Profile a couple years ago, so this is not the first time I have seen disinformation from her on Satanic Ritual Abuse. I will correct somethings I have seen in this post from her. For one, I have researched Satanic Ritual Abuse and CIA/Government Mind Control Operations, all victims who recover their memories tend to tell the same exact story of sexual abuse by parents, and being forced into Satanic Rituals as a child, and being put through various forms of Torture. While I  find religion in the Western World,such as Judaism, Islam, Catholicism and Christianity, to be a deception perpetuated by The Satanic Cabal, conducting this type of abuse, Satanic Ritual Abuse, Mind Control Victims, generally do not mention any other religion, but Satanism. So Anna Von Reitz, you are caught red handed in a lie right then and there, and I highly doubt you have received any emails from any victim of this, because your claims here, are out right lies. Second of all, you deny their validity because they will not sign an affidavit under penalty of perjury?  If you were abused as a child, and only recovered those memories in your 30's, after years of them being blocked out, would you be ready to go into the Courts, owned by your abusers, or call them out?  Or would you take time to deprogram and figure out what happened, and then make sophisticated strategic plans on how to take down your enemy?  Because Anna, what you seem to not realize, is that The Crown Of England, and The Vatican Church, own the Courts you work for, and they are the entities this Mind Control,and Satanic Ritual Abuse, and world wide Child Trafficking,and Abduction Networks stem from. So Anna, as far as I am concerned, to me you are just another deceiver from The Crown Of England owned COURTS. because, due your distorted view, you are downplaying horrific and real child torture, being conducted at the highest levels of Earths Religious and Government Institutions, and downplaying such abuse, I find to be pathetic from a Human being, I find it to disgrace the victims.

Feel free to share this comment on any other social networking profile you have(just be sure to quote my name Antonius Luirae), as I feel this comment should reach Anna Von Reitz and all of her followers, as I find her to be very deceptive, and think people should be warned about her.  If I am wrong about Anna, prove it. --- Antonius Luirae

Second I applaud you for your astute observations. Anna's affiliation to the pope, for me, negates most of her info. Also noted is in 2012 when she contacted this site and all of the others to post her info her meteoric rise was interesting to observe.

May I suggest that you start a new thread in Anna's forum space that has the above post in it? I can then share that to fakebook where Anna may see it as we are connected on that social fake medium. :)

Thanks again and looking forward to more of your insights.