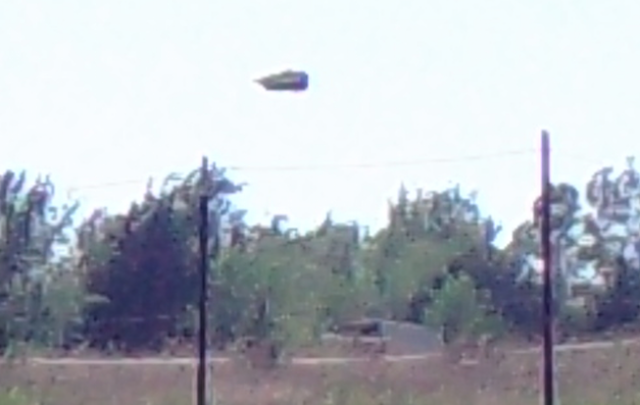 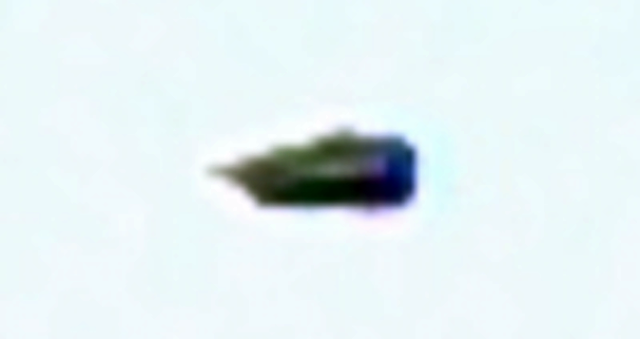 This UFO was seen this week over Oklahoma and was caught on a trail camera. The UFO  is in the distance, and then sitting on a upside-down wheel barrel is seen a black object that looks like a person in a black space suit. It looks like aliens are taking notice of Guthrie and for them to leave the ship means there is some important research to be done there. Also for the person to use a suit, it tells us their body cannot survive on Earth in our normal conditions.
Scott C. Waring

Eyewitness states:
Attached are pictures taken on a Moultrie trail camera. The wind had been blowing and camera took lots of pictures. I was deleting pictures when this human form caught my eye. This object is less than 200 ft from our house. We have nothing that would look like this thing on the back. I am sending two pictures taken in the same minute. First shows it is there and the second shows it is gone. Also attached in a picture of an item in the sky too big to be a bird and not the shape of anything I have ever seen in the sky. This object was taken about 7 hours after the first one here again there and gone in about the same minute. These pictures were taken on the 3rd of October 2016 and not seen until this morning which is 10/5/2016. The hunan form is on the right side of picture by the wheelbarrow. The item in the sky is also to the right maybe 35 degrees it is a black object. I believe the camera is set at 12 mega pixels. These were not visually seen my me or my spouse. Only the pictures. 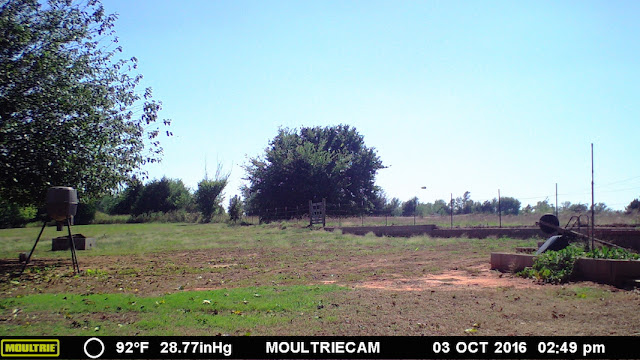 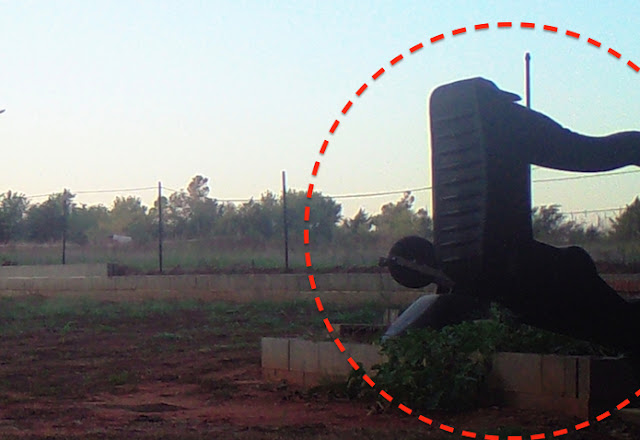 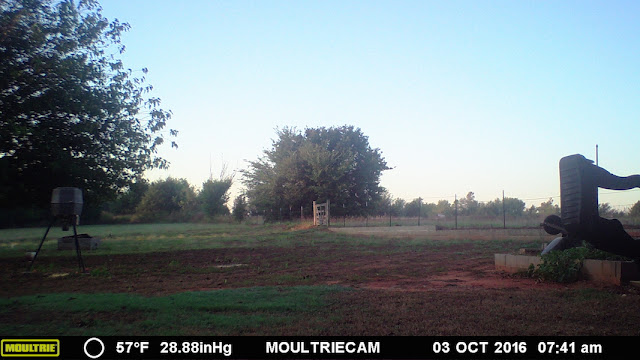 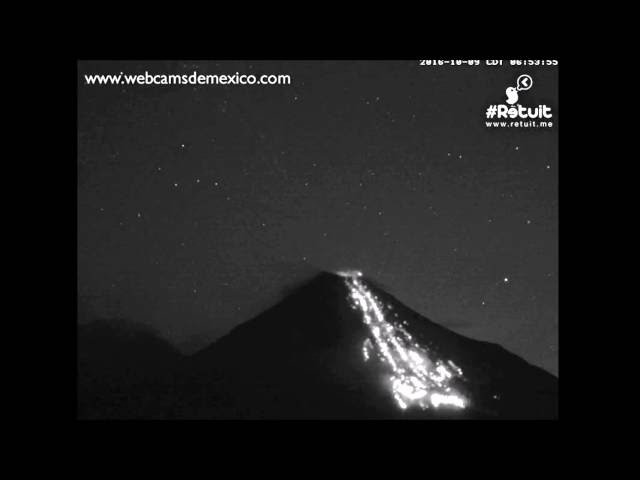 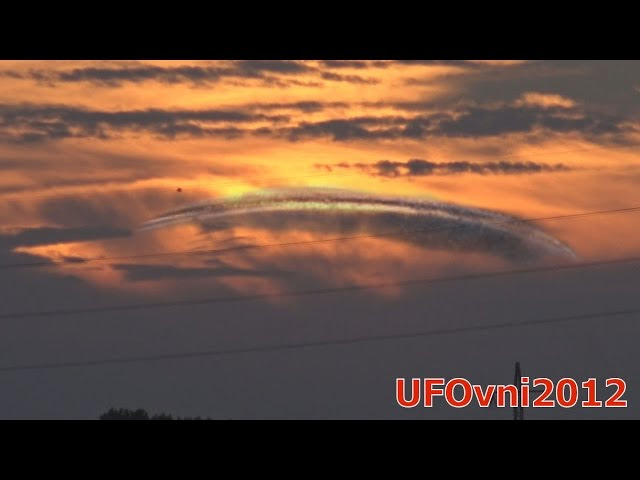 Does this mean they’re on our side?

The controversy surrounding chemtrails is real. While some are adamant about the existence of chemtrails and the devastating nature of their effects, others simply dismiss them as mostly harmless airplane engine exhaust gasses (not counting their effect on the environment). Opinions are divided and evidence points both ways. But this video seems to lend credence to the idea that chems are used to control, afflict and eventually ‘thin down the herd.’ It also suggests that UFOs and their occupants/operators serve more purposes than previously thought.
The video was captured late last month by a UFO enthusiast and uploaded to YouTube channel WTFflow. The description reads:
“I caught an extraordinary UFO sighting. I was watching an odd looking light crossing the sky at variable speeds around my house, during the sunset. To me it was just some sort of helicopter, or maybe a drone. But after 5 or 10 minutes, I began suspecting the object not to be man-made. It was performing weird maneuvers, accelerating and decelerating randomly. When the light started to accelerate towards a huge Chemtrail, I took my camcorder and tried to find it in the distance.”

“The object stopped in front of the Chemtrail, and slowly destroyed it. Indeed, the trail was being “consumed” progressively. I was simply speechless. I still can’t believe what I caught. The Chemtrail got literally perforated! I can’t be 100% sure it’s due to the object itself, but I’m sure there’s a link between it and the Chemtrail. Such a huge trail can’t just disappear like that, for no reason! And only a small portion of the trail gets erased, justly around the object!”
After disintegrating the trail, the bright object flew rapidly to the west, disappearing from the witness’ line of sight.
This incident brings into attention two crucial aspects of ufology: the intentions of presumed extraterrestrials and the alleged machinations of our fellow men. It also merges them into an even bigger enigma; if humanity is being controlled and made sick through aerial chemical dispersion, who has the power to intervene? Are aliens offering their aid? Do they know we’re in way over our heads? Does their involvement mean they’re benevolent?
Discerning their motives from analyzing just one video is a difficult task but we are free to speculate.
Since the unidentified object clearly targeted the chemtrail, it’s safe to assume the craft (or its occupants) were well aware of it. And because the object only consumed a portion of the chemtrail itself, we could infer their interest is real but somewhat scientific. Perhaps they were just taking samples to satisfy their own curiosity. Oh là là, what have we here?
On the other hand, a technologically-advanced extraterrestrial presence would probably know a lot, if not all there is to know about humans and their biology. Furthermore, as entities who’ve mastered spaceflight, they would most certainly be aware that the best, most inconspicuous method of scattering chemicals is to go flying high and start spraying fast. Maybe they saw that man’s rule over his own kind is unjust and motivated by greed. Maybe they’ll do something about it. Maybe they already are.
There is also a third, more unsettling possibility. The aliens are in on the government-sanctioned chemical showers or maybe they even orchestrated the entire affair. It is not entirely inconceivable the UFOs and their extraterrestrial crews are in cahoots with the powers that be. If this holds true, the UFO in the video was probably taking samples to make sure the aerosols were up to par. Once the examination was done, it went on its merry, inscrutable way. Off to other places where man needs to be subjugated. This hypothesis is by far the scariest of them all, because it proposes that the danger is real and comes from both exotic and domestic sources.
All in all, this is nothing but speculation. But one conclusion can be drawn without too much discomfort: if UFOs seem to have an interest in chemtrails, then so should we.