Associate Degree in Liberal Arts. He furthered his education by attending Nibiru information and survival seminars up and down the east coast, and later obtained a Master Degree in Biological Sciences via the University of Phoenix’s online distant learning courses. He has dedicated his life to debunking Nibiru myths while promoting truth about the dark star and its orbiting planets.
“Not many people understand the truth about Nibiru,” Professor Schwartzbaum said. “There are people on Nibiru. Big people. Great big guys. And let me tell you, they ain’t friendly. I seen one of their ships go over my house once. It must have been many miles long and a thousand feet in diameter. That ship probably held two or three thousands of those guys. I saw one looking out a porthole.”
This alien race is known by many names, chief among them being the Anunnaki, Professor Schwartzbaum said. Their planet is part of a solar system that orbits our sun every 3600 years, and during each cycle, as Nibiru swings around Sol and nears Earth, the Anunnaki launch scout ships toward Earth to ascertain humanity’s technological advancements.
“It’s called probing,” Professor Schwartzbaum said. “These guys want to make sure we haven’t advanced enough to fight them. They’re sending ships here all the time. Big ships. Landing parties check things out. Sometimes things get ugly.”
According to Professor Schwartzbaum, United States Special Operations Forces have clashed with Anunnaki raiding parties. In 2011, a Navy Seal reconnaissance team

stumbled upon an “Anunnaki enclave” while searching for Taliban insurgents in northwest Afghanistan caves. A firefight erupted, but the gigantic aliens, some of whom stood thirty feet tall, were resistant to small arms fire. They slaughtered the Seal team. Later, the Pentagon fabricated a story about a midair helicopter collision to hide the truth behind the skirmish.
“Some CIA guys and astromoners [sic] talking on the internet told me something else. In May, 2012, a flying saucer crashed in Moscow town square. And a dozen of these really big guys got out of the ship and started fixing it while dozens of Russians stood frozen in place. These aliens weren’t little guys. They were really big guys. They must’ve had mind control, because some Russian guy scraped his eyes out with his fingernails after the ship took off.”
Asked why the Anunnaki prefer hostility to peaceful coexistence, Dr. Schwartzbaum said, “They want our gold…and our women.”
Nibiru’s atmosphere, Professor Schwartzbaum explained, requires periodic infusions of gold to sustain life. The Anunnaki have perfected a process that “dustifies” gold and blends it with Nibiru’s red iron oxide dust, creating breathable atmosphere and a protective shield surrounding the planet. Without the gold, the Anunnaki would

perish.
“Nibiru was once home to vast gold mines,” Professor Schwartzbaum said, “but over hundreds of millennia the Anunnaki have exhausted their natural supply. They had to find more somewhere else. And that somewhere else is Earth. Our women they want for breeding and pleasure. Anunnaki women ain’t pretty.”
When Nibiru reaches perihelion, fleets of Anunnaki starships will blot out the sky and descend on cities across the globe. Able-bodied human males will be used as slave labor, to mine enough gold to sustain Nibiru’s atmosphere for another 3600 years. Ten-to-fifteen percent of females will be whisked away. Shortly thereafter, Nibiru will ravage the Earth and lay waste to its cities. The Anunnaki, protected by Nibiru’s rejuvenated shield, will return home to watch the cataclysmic chaos unleashed upon the Earth.
“There ain’t much we can do about it,” said Professor Schwartzbaum. “It’s happened before, and it will happen again.” 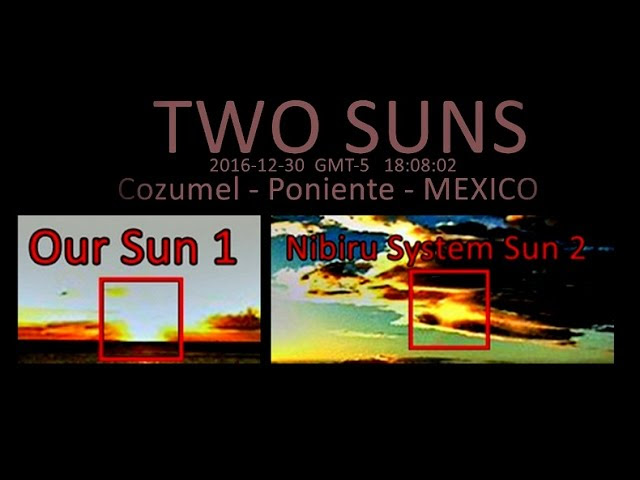