NATO Whistle-Blower ‘Suicided’ Over Nibiru Disclosure
As first reported by Zero Hedge, Yves Chandelon, a high-ranking NATO official, was found dead in his car with a gunshot wound to his head. His death occurred on December 16, but went largely unreported until odd circumstances surrounding his untimely demise began leaking to alternative media outlets.
Chandelon’s body was discovered in the Belgian town of Andeen, sixty-two miles from his home and office in Lens. He died from a close-contact gunshot wound to the

right side of his head; Belgian authorities said that Chandelon’s right hand still clutched the revolver at the time his body was found.
Critics say that suicide victims are usually not found still holding their weapon; another minor problem is that Chandelon was left-handed.
Oddly, mainstream coverage was non-existent; American, French, and British papers simply ignored the “suicide” of an important NATO official. This is particularly disturbing since Chandelon’s duties included probing terror financing. Our source in Brussels ferreted out alarming information suggesting that Chandelon was murdered not because of his ties to anti-terrorist activities; Chandelon, our source discovered, had somehow obtained top secret information on the Nibiru cover-up and intended leak that information to the public.
Our source reached out to Chandelon’s son Janvier, a long-haired Belgian sheep farmer, who found himself in the midst of a NATO maelstrom, after the shocking death of his father.
“My father was not suicidal,” Janvier said. “He was of sound mind. I talked to him earlier that day. They killed him. They say he shot himself with right hand. This is lie. My father was a lefty and had very limited use of his right hand.”
Medical reports, obtained thanks to the European Freedom of Disinformation Act of 2014, support Janvier’s statements. In 2006, Yves Chandelon visited Spain, where

he participated in a bull-riding exhibition. A large bull named Tornado had thrown him from the saddle and had trampled his right arm, causing partial paralysis.
“So my father could not have shot himself in that way,” Janvier told our source. “This is all a lie. Also, they say a suicide note was found in the car. I have seen the note. Not good, not good.” Asked why anyone might have held a grudge against his father, Janvier said, “Nibiru….They killed him because of Nibiru.”
Janvier says his father had discovered classified information about Nibiru, a system comprising a dwarf star and seven companion planets hurtling toward Earth on a near-collision course. The information, Janvier says, deeply troubled his father, resulting in many sleepless nights.
“My father wanted to warn the world and tell the truth,” Janvier said. “And I believe that got him killed. I never believed in Nibiru until my father shared some—very little—information with me. But that was compelling enough to make me understand the Nibiru realities. My father was a man of honor, of peace, and would have warned the world.”
We learned that Yves Chandelon had planned to attend an astronomical symposium in Brussels early next year. Janvier believes that his father hoped to use that symposium to publicly warn the world about the impending Nibiru apocalypse.
Moreover, Janvier claims to be in possession of a sealed metallic box, recently given to him by his father, with instructions to open it in a non-extradition country—if, and only if, Yves Chandelon himself inexplicably vanished or died under bizarre circumstances. However, fearing for his own safety, Janvier has expressed trepidations

about opening the case.
“This is a very strange box,” Janvier said. “Like stainless steel or brushed aluminum, but is almost weightless in my hands, and has no locking mechanism, no seams, no clasps, no latches. It appears to be hermetically sealed. I could not open it if I wanted to.”
Before concealing the box in an undisclosed location, Janvier had it tested at a chemical laboratory, where it was placed under an electron microscope for fluoroscopic and Chroma-graphic testing. The results were astounding: its composition did not conform to any known elements on the periodic table.
This box, is now casting a dark shadow upon Janvier’s hitherto peaceful farm life in Flanders Fields.
“I don’t know. I just don’t know. The box itself may be the clue. I think it’s made of Nibiru anti-gravity particles or oxidized Nibiru dust. Right now, I’m afraid, very afraid. That box is my only security right now,” Janvier said. “If this is what I think it is, I want it to get into the proper hands, not the hands of someone like Barack Obama, Donald Trump or Angela Merkel.”
Janvier says he has contacted a Russian embassy in Europe. “I wonder whether I might need asylum in Russia. They are very good to whistle-blowers like Edward Snowden. Vladimir Putin may be the one sane and reasonable person whom I can trust with this information,” Janvier said.

Published on Dec 31, 2016
This peculiar planet x also comes with many moons and other debris, which travel behind it like a string of pearls. This can give the appearance similar to that of a comet from one angle, or a 'winged' planet when viewed head on, due to the smaller moons that trail and snake behind it.

As well as moons, boulders, stones and gasses – attracted during past visits through our solar system - there is a fine iron ore dust surrounding the beast.

Planet X is a dying smouldering sun, and although it does emit light, it is extremely dim compared to our sun, and further diffused due to the massive dust cloud surrounding it. 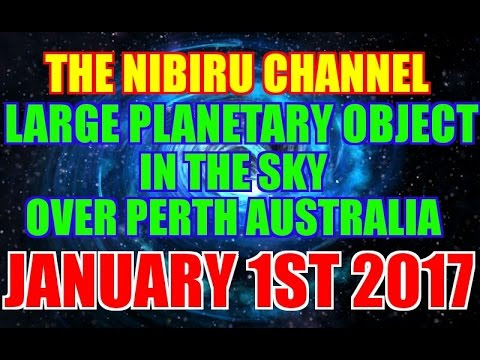 MUSIC TITLES CREDITS
half of half by koolish pirates.
"The Descent" by Kevin Macloud
http://incompetech.com/music/royalty-...

Published on Jan 1, 2017
We are now in the initial stage of the pole shift.”
This in turn has led to extreme climate change: “Weather is becoming more extreme as Planet X’s strong magnetic pull effects that of Earth.”
Researchers and scientists have been in the news before, theories over the mysterious illnesses, accidents and other strange circumstances of their demise has been the topic for many conspiracy theorists, much information is revealed about specific projects some were working on, data they revealed before their untimely demise....... information on Comets and Nibiru aka Planet X. Whether one believes in Nibiru or claims that it is coming and will cause massive destruction on Earth or not, the strangeness of so many scientists' disappearances, specifically men associated with research into the topic, should still be examined.