Published on Feb 9, 2017
Seismic and volcanic indicators all say Earth is approaching the end of the current earth change lull period coinciding with the time that our planet reaches the 90-degree position relative to the Sun and Black Star on the winter side of the solar system from our northern hemisphere perspective. The combined earth change data places the Black Star firmly in the center of the Libra Constellation relative to the Sun just below the ecliptic plane.

Year-over-year weekly seismic values for Week 52 show a decrease in earthquake events across the board with the key 2.5 to 4-magnitude earthquake event number already reaching a sub-200 value expected to appear near the “O” (Outside-orbit Position) value about to be placed in the Seismic Chart for beginning the 2017 Earth Orbit Cycle here in the middle of February 2017 as predicted far in advance.

The current reporting period for Week 53 coming next week ends on Sunday giving us three more days to see if the pattern of 7-magnitude earthquake events coming every other week is broken, which in my mind has a good chance of happening based upon the available seismic data. Earth saw five moderate earthquake events in the Earth mantle transition zone all clustered around this Fiji Quake Event (USGS) just east of the Indonesia Origination Zone where seismic and volcanic activity are expected to intensify moving through the first month of the coming earth change uptick period, before spreading around the Pacific Ocean/Ring of Fire and then to the entire world. The absence of these deep earthquake events in South America and the region between the Philippines and Alaska represents another sign that Earth is definitely nearing the low water mark in seismic/volcanic activity ending the current earth change lull period. We will look back at all the seismic/volcanic event data from April/May 2017 realize that my projections/predictions were right on with the least amount of earth change activity coming in the middle of February 2017. The seismic and volcanic event values for the coming week can easily be lower with another sub-200 value for the 2.5 to 4-mag indicator quakes and a sub-20 value for the moderate 5-mag earthquake events, before both of these values escalate higher moving through February and March 2017 to intensify heavily moving from April into May 2017. . .

. . . Project supporters for this week include John, Taren, Douglas, Michael, Ann, Chris, Pratyesh, Stan, James, Kevin, Bruce, Randy, Di, Shawn, Beatriz, Orville, Ralph, Cheri, Elizabeth and Gene. Sam, Kirk, Vobear, Michelle, Bonnie and Autumn renewed their subscriptions from previous years with no donations to report again this week. A Survival Group is forming in India for those wanting to join that Program. Remember that I will be interviewed by George Noory on Coast-To-Coast on March 6, 2017. Subscribers can send me your list of questions that you would like to see answered during George’s interview and I will pass the best selections on to his producers. Many thanks again to everyone supporting the research for making the investigation and survival group programs possible. Terral

Subscribe and join the Newsletter and Survival Group Programs and support the research at http://terral03.com . 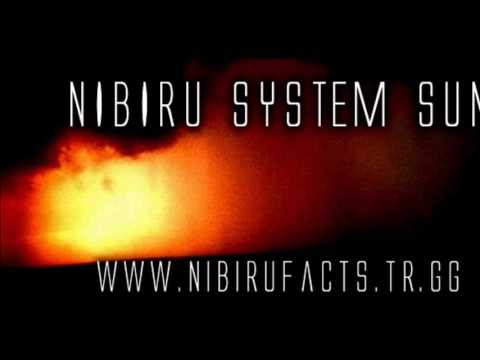 Published on Feb 9, 2017
WHAT A HELL-.NIBIRU SYSTEM-SUN-MEXICO-2017 (For Nibiru Fans Special Video)
''First In The World Footage'
For this planets(Nibiru System Planets) censorship is being applied globally......
Photos LINK:http://nibirufacts.tr.gg/Nibiru-Photo...
http://www.nibirufacts.tr.gg

Published on Feb 9, 2017
Wayne and Steve break down Alaska footage that shows the weirdest orbs and stuff. Ever consider we might be in the middle of it right now and not even know it?