12 Keys to Recognize the Maturity of the Soul

12 Keys to Recognize the Maturity of the Soul 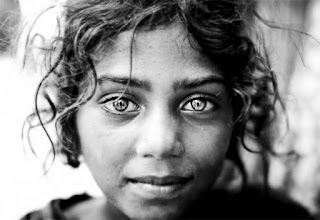 What does it mean that the Soul is mature or immature?

If you ask yourself the question: "What do I expect from life?” and you give an honest answer, the quality of that answer contains the response the question of the Soul’s maturity.


Here are 12 keys to recognize the maturity of the Soul

Key 1.
The immature Soul is always full of desires, it has ambitions and objectives it intends to achieve, whether these ambitions are of the lowest order (money, power) or of the most sophisticated ones (religious devotion, spiritual self-implementation). Reaching these goals always requires time, so future is always important for the immature Soul.
Key 2.
If the immature Soul has spiritual objectives , than it may suspect that all important things take place in the Now , here and now, but the Ego still uses the present moment as a springboard to get to its future objectives.
Key 3.
The mature Soul, when the question "What do I expect from life?” is posed, provides the following answer: I want to find the real center of my life in order to reach the lasting happiness afforded by the independence of shapes and forms, the joy of Existence and the state of unity.
Key 4.
When the immature Soul turns towards spiritual goals and encounters the requirements of a mind-free state, it starts to play its mind games with which it attempts to bridge the unbridgeable gap between itself and real Existence.
Key 5.
The mature Soul is beyond its desires and ambitions bound to shapes and forms. The realization that achieving the goals and ambitions did not bring it real happiness , made it mature. It may have brought temporary satisfaction, but not lasting happiness.
Key 6.
The mature Soul experienced the nature of desires, the constant variability of the world of shapes and forms, where nothing is lasting, everything is dialectical, changeable.
Key 7.
The mature Soul is able to abandon its desires and ambitions, and becomes poor in terms of worldly property.
Key 8.
It is important to know that the immature Soul is only able to imitate that poverty, as it has not yet experienced wealth (whether it is material, intellectual or moral wealth), so there is still a suppressed, unconscious desire in it for those things. Until the desires are satisfied, the Ego will not have a chance to experience the nature of forms, shapes and desires, so it cannot become mature.
Key 9.
The mature Soul is aware that the Ego is not the real center of his/her Self . The mature Soul will identify with it to a lesser and lesser extent. The mature Soul will start to seek the real center, and rely on it to an increasing extent.
Key 10.
The mature Soul does not insist on itself, it is pleased to surrender to the process that eventually dissolves it.
Key 11.
The immature Soul wants to live in the shapeless and formless world too, and it wants to be somebody in that world as well
Key 12.
The mature Soul gradually abandons identification with the Ego, giving way to the recognition that the Ego is in fact a Consciousness without a form.
~New wake-up book by Frank M. Wanderer:  [size=14]The Revolution of Consciousness: Deconditioning the Programmed Mind  [/size] 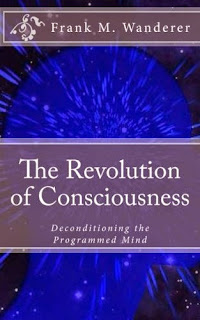 You can republish our articles for free, but please include the author's name and a link to our homepage (www.frankmwanderer.com )


About the author:
Frank M. Wanderer Ph.D  is a professor of psychology, a consciousness researcher and writer.