The Dimensions of Awakened Consciousness

The Dimensions of Awakened Consciousness 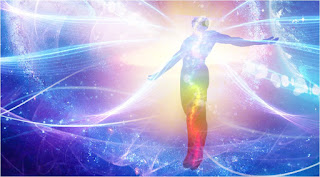 
The rising fire of awakened Consciousness activates the ability to See. This capability of Sight, which I also refer to as the Power of Sight, will lead you beyond the Mind , it will lead you out of the small confines of your prison cell, created by your identification with thoughts and emotions. It will lead you out to the openspaces of Consciousness.
The capability of Sight does not mean the extension of the physical abilities of your eyes. It means that you will be empowered with the ability to intuitively understand and see things, you will acquire real intelligence.
The capability of Sight cannot, however, be acquired through longing for it, through effort or practice. It will emerge once you have discovered the desire in yourself to recognize the immortal creature living in you. This creature now looks at itself as somebody who is subject to all kinds of limitations and conditions.
At this moment you begin to experience the power of that desire, that is what has made you a spiritual Seeker , that is what has given this booklet into your hands, and that is what will fan the tiny flame into a burning fire. The spiritual awakening of that desire is what will lead you to awakened Consciousness from which your old-new Self is going to emerge like a phoenix.


From the book>> Frank M. Wanderer : The Flames of Alertness: Discover the Power of Consciousness!

Contents
(C) Frank M. Wanderer, 2013-2017.
You can republish our articles for free, but please include the author's name and a link to our homepage (www.frankmwanderer.com )