Marijuana and the Sacred 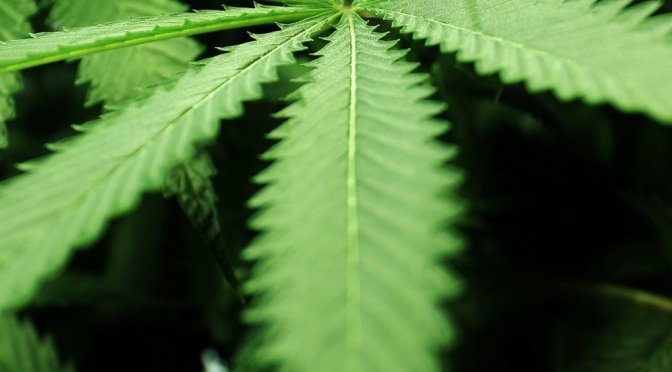 By Wes Annac, Editor, Openhearted Rebel
What do you consider sacred? For me, the sacred is anything involving enlightenment or higher states of consciousness. My definition of sacred is laxer than others, because I consider some worldly things to either be a) sacred or b) something that opens the doors to the sacred.
For some, the sacred can only be something that directly involves higher states of consciousness. My definition is expanded to include things like teacher plants (natural psychedelic substances) that provide a glimpse of the true sacred states of being.
I recommend moderation with any drug whether you use it in a spiritual context or not. But if used with the right intent in mind, natural psychedelic drugs can aid the spiritual journey.
Underestimating Marijuana’s Power
Cannabis is considered a less powerful psychedelic drug and therefore a less powerful path to the sacred. But it certainly has its uses. For spiritual users, I recommend it in conjunction with meditation, creative work, or anything that helps your soul soar.
You might find it quite powerful.
I agree with Terence McKenna, who once pointed out that people like to say cannabis is “no big deal”. In his words, it is a big deal. We should treat it as such, because it can take us to some amazing places.
Marijuana obviously doesn’t put everyone in touch with the sacred. I’d imagine most of the western world doesn’t benefit from it in the way most spiritual users do. All it would take for every user to be open to higher states through use of the herb is to use it with intention.
Let’s become clear on why we use it and aim our use toward a purpose.
Rasta Philosophy on Cannabis
I’ll use the Rastafari movement as an example.
Rastas are often the butt of jokes about stoners and overly zealous religious people, but I admire them for a few reasons:

There are no borders, no races, and no classes. We’re all humans who should live and work in harmony. For fans of reggae music, this is where the term “I&I” [url=http://www.urbandictionary.com/define.php?term=I and I]comes from[/url]. It’s meant to represent the masses as one consciousness – not a bunch of separate I’s, but I&I together as one people.
Purposeful Cannabis Use
Rastas and other spiritual cannabis users don’t just get high. Neither should you. As Rita Marley explained in the Marley documentary, they smoke herb for a reason. Their use isn’t aimless, and they don’t smoke and get lazy.
They gain spiritual energy, rejuvenation, renewal, and inspiration from smoking herb. They respect the plant and the higher forces it puts them in touch with, and in a way, it symbolizes their mission to rebel against established laws and help the world with positive vibes.
The idea that marijuana makes you lazy is a myth meant to scare “respectable”, “hard working” good citizens away from it. Cannabis energizes the spiritual user with a practically endless stream of inspiration.
Rastas and other spiritual users recognize that the herb is powerful and not meant to be taken lightly. They use it with respect and reverence. They know what it can do for them, and they know that to take it for granted can cause harm.
They know smoking and getting lazy is not the right path, so they avoid it and instead do what they know is best for them and the world around them. These people break the stereotypes surrounding cannabis, but we never hear about them because we’re supposed to think cannabis is bad.
We’re supposed to laugh at stoners or anyone who thinks the herb is in any way spiritual. But legitimate cannabis users are out there, showing the world what they can do.
A Century of Propaganda
The problem with marijuana in our society is that the government, media, and corporate powers (who’d lose money if it were legal) have for decades been telling people what to think about it. Unfortunately, people have listened.
We’ve let these people spoon-feed us propaganda about a benevolent yet powerful plant with endless benefits for the mind, body, and soul.
First, back in the 20s and 30s, the government made people think marijuana made good men into vile, morally corrupt, mentally unstable shells of their former selves. By associating it with blacks and Mexicans, they also convinced the (mostly racist) people of the time to fear and hate it.
Later, they told people it leads to harder drugs even though countless people have proven this isn’t the case. We get a blend of these mixed messages today, with reefer madness-era propaganda occasionally resurfacing in the form of studies attempting to link marijuana use with schizophrenia.
The government tells us all these different reasons marijuana is bad and is always hesitant to look at its positive uses. This is to distract us from the good things the plant can do for the world, which includes inducing the sacred.
The Real War
There are powerful people who don’t want us to know marijuana is sacred. They want to prevent us from discovering the sacred at all costs, because the real war we’re fighting is spiritual. We’re all a part of it. They win if you give away your soul.
I take a stand for cannabis because I know it means more than society wants us to think. It inspires people to do more than crash on the couch or settle for a 9-5. It pushes people to do and be a little better each day, and it adds color to an otherwise colorless life.
Marijuana will eventually be legal worldwide. Then, the masses can begin to experiment and discover the ways in which it leads to the sacred. Ultimately, we will win the spiritual war. But we must be clear about why we’re fighting it and how we can prosper. With this, cannabis will help.
I wrote the following for the 244th issue of the Weekly Awareness Guide , a written document distributed weekly via email that I offer for $11.11 a month.
Income from the guide helps me get by and ensures I can continue to offer free content, and every subscription is appreciated. The option to subscribe is given at the bottom of this post (learn about subscribing with cash/check here ).

$11.11 monthly subscription via credit, debit, or PayPal.
About the author:

I’m a twenty-something writer & blogger with an interest in spirituality, revolution, music and the transformative creative force known as love. I run Openhearted Rebel , a daily news blog dedicated to igniting a revolution of love by raising social and spiritual awareness.
I also have a personal blog, Wes Annac’s Personal Blog , in which I share writings related to spiritual philosophy, creativity, heart consciousness and revolution (among other topics).
I write from the heart and try to share informative and enlightening reading material with the rest of the conscious community. When I’m not writing or exploring nature, I’m usually making music.
Follow me on Facebook (Wes Annac , https://www.facebook.com/openheartedrebel and Twitter (Wes Annac, https://twitter.com/love_rebellion

Thanks to Wes at: https://wesannac.wordpress.com