By Anna Von Reitz
Everyone please go to this link and spend five minutes to listen to this explanation of the “System”—– by the author of its American version,  Colonel House.
http://galacticconnection.com/creation-of-the-birth-certificate-trust-w-video/
.
This explicitly and simply explains what has been done to you and how and why and by whom and when.
.
Be sure to read the accompanying article which further details the history, meaning, make-up, and operations of the “Federal Reserve” and the banking system as a whole.
.
This entire presentation is worthy of memorizing.
.
And so is Melvin Stamper’s book, Fruit From a Poisonous Tree.   He didn’t get it all, but he came close— and he explained what he did know very well.
.
Those who are serious about getting to the root cause of what has gone wrong in America and in the world at large need to deeply contemplate the information presented in these brief resources.
.
I am truly grateful to the authors/organizers of the Galactic Connection for doing such a bang-em-up job with this presentation of key information everyone in this country ought to have and know as well as they know the “Pledge of Allegiance” that Colonel House used to further indoctrinate and complete his system of feudal “pledging” and eternal debt.

A Message of Hope for Pope Francis

By Judge Anna Von Reitz
For reasons I do not know, Our Father prompted me to write to you this morning.
The message I have for you is a message of hope in very dark times.
.
I am to tell you not to worry so much and to stop trying to take on so many burdens and to find so many answers all by yourself.
.
Please observe that it is not given to Man to know all the answers.  There are many questions that we can’t answer, in fact, the only question that we can ever reliably answer is — “What?”
.
What do we truly want in our heart of hearts?   Just tell Him, and the rest is in His hands, not ours.
.
For the rest we must be content with not knowing the details of how or when or why or who or where.  That’s all our Father’s province and He has it well in hand.
.
So you can stop worrying about pollution and you can stop worrying about what appears to be overpopulation and wars and rumors of wars and all the endless politics.
.
This is where things stand:
.
(1) Satan has been bound and the thousand years of peace declared.  The Church has long known that this would be done by a woman, so no surprises there—-except for me.  I was surprised that it would be me to do it.  But He has his ways and reasons and He delights in using simple means to confound the wise.
.
(2) Our American Asset Recovery Team has gained control of the banks worldwide and is hot on the track of all the purloined wealth owed to us and to the people of the entire world.  They are sorting it out in very competent fashion.
.
(3) Our American World Debt Retirement Committee has hit upon a means of retiring all debt worldwide without harming anyone, via a gradual process that will take about ten (10) years.  This news should gladden your heart and put an end to the war-mongering and fear.
.
(4) Cardinal Mamberti and Mr. Trump will both be advised.  Please ask Cardinal Mamberti to contact me directly at (907) 250-5087 so that we can coordinate the implementation of the Debt Retirement Plan to begin as early as June 1.  This has all been thoroughly vetted and nobody anywhere has any objection to it, so please have the Vatican Bank ready to fully cooperate.
.
(5)  As you know, the Rothschilds are unable to meet their obligations and the IMF and World Bank are in deep trouble as a result of the Great Fraud and all the odious debt, but there is no need for anyone to panic. This is a simple matter of correcting bookkeeping and public records and balancing equations—which we can do.
.
(6) The Satanists among us have made a comeback and need to be rooted out and suppressed. Again.  They have sheltered themselves in the heart of the Church, and reportedly, this has been the worst secret of some members of your own Order, the Jesuits, for the past three centuries.  I am not sure why just “three centuries” when Satanism pre-dates Noah, nor why the Jesuits have been singled out, but apparently even you have been accused of participating in these heinous and ancient rites of child sacrifice.
.
(7) Reports of disruption of “Ninth Circle” rituals on April 30 and the arrest of participants and the rescuing of captured children and the finding of mutilated child corpses on the premises of these facilities and reports of similar atrocities taking place in St. John’s Episcopal Church in Washington, DC, proves that this plague and corruption is rearing its ugly head and showing its trademarks of idolatry, enslavement, and infanticide “just as in the Days of Noah”.
.
(8) You may be sure that forensic teams will scour the premises of all reported ritual sites related to this Cult and you may be sure that anyone practicing this religion will be hunted down as a criminal and prosecuted to the fullest extent of the Public Law throughout North America.
.
(9)  It is imperative for everyone to realize that the Church is being threatened from within and without and for Church leadership to explicitly condemn these false practices and beliefs. It is also necessary to follow through with determined action to purge Satanists and to educate people to recognize them for what they are— whether they pretend to be Catholics, Jews, Muslims, Hindus, Blue-Butted Baboons, Freemasons, or members of the Bohemian Grove.
.
We realize that Satan has had his function as a Goad and an Accuser and a Teacher of rare ability.  We realize that he has been allowed to do what he has done, but those lessons are learned and he is bound according to Divine Will, by whatever name anyone can call him for the next thousand years.
.
Time to get on the Peace Train and clean this mess up.
.
Most sincerely,
Anna Maria 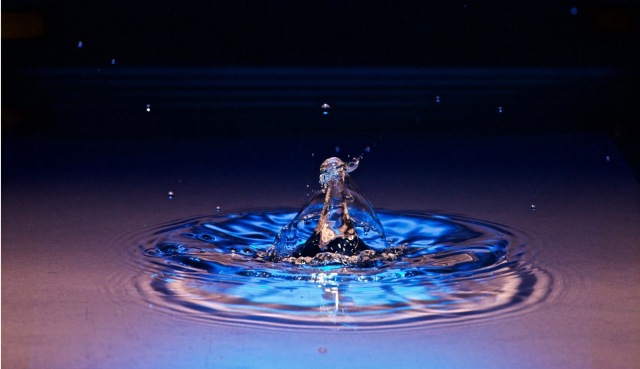 Who or What Is At the Bottom of All This?

By Judge Anna Von Reitz
Satan.
Queen Victoria and Benjamin D’Israeli
The British Crown and the Dutch East India Company
The Great Abomination, aka, Semiramis, aka, Mystery Babylon
The Office of the Roman Pontiff
The Tax Collectors of the Pontifex Maximus — aka Bar Associations
Clueless, Corrupt Politicians
Clueless, Corrupt Military Leaders
In more or less that order…….
At a certain point, it becomes a circular argument, because all these maladies are linked.
Satan, the Father of All Lies, the Great Deceiver, has been hard at work deluding and misleading people for thousands of years and he has had a real hay-day here thanks to our gullibility.
Queen Victoria and her favorite Prime Minister, Benjamin D’Israeli opened the ancient Pandora’s Box of Evil Tricks and Babylonian Bullshit in order to finance the Raj in India and that whole debacle.
The British Crown and the Dutch East India Company Heirs have been colluding and fighting each other by turns for the last three centuries and have been causing nothing but trouble on a worldwide basis since they started indulging in the fruits of Institutionalized insurance fraud circa 1702.
Semiramis, the Queen of Sumeria and wife of Noah’s Grandson, Nimrod, also known as The Great Abomination and Ashtoreth and Astarte and Isis and Cybele — started her own religion based on infanticide, tree worship, sex as a sacrament, and idolatry which included the use of graven images and symbolic coins as money shortly after the Great Flood. [This venal religion known as Mystery Babylon is also known as Satanism and practices ritual sacrifice of children and deliberate subterfuge and secrecy. It basically promises its members secret knowledge and then gets them into compromised positions via sex and drugs and participation in ugly things and then simply blackmails them and threatens them to go along with whatever the leaders want done.]
The Office of the Roman Pontiff — the Church has been trying to serve two masters ever since the Council of Nicea — and this is reflected in the Pope trying to hold two offices at once, one sacred and one profane. The Office of the Roman Pontiff is the secular, pagan, and profane office. No man should be placed in such a position, but that is what has gone on.
The Pontiff or Pontifex Maximus as the Romans called him two centuries before the birth of Jesus was a deal maker and breaker, the literal “bridge” between jurisdictions under the Lex Mercantoria, the Magician responsible for the creation of poppets now known as corporations and “legal fiction persons”. This is why Francis is responsible for the wrong-doing of all these corporations and why, under ecclesiastical law, the Pope retains the ability to change, repeal, or annul any corporate law or decision. He literally holds the charter of all incorporated entities on Earth— C Corps, S Corps, LLC’s, trade unions, cooperatives, foundations, trusts— you name it, and at the end of the day, all these things have been created by and are the responsibility of the Roman Curia. So when things go wrong and commercial corporations start mercenary wars and pass oppressive “legislation” — don’t even pause. Head straight to Rome and start banging your dishes on the floor like angry dogs.
Tax Collectors of the Pontifex Maximus — the Bar Associations. Also since the Second Century BCE, the Pontifex Maximus has employed peculiar tax collectors: priests of Cybele (See Mystery Babylon comment above; “Cybele” is another name for Semiramis.) who wore black robes and white wigs and who practiced their own peculiar twisted form of writing (cursive as in “cursing”) and their own equally twisted form of language today known popularly as “legalese” or the “language of fraud”.
All the above have combined with clueless and corrupt political and military leaders to result in The Great Fraud and The Mess which the world is currently facing up to.