OUT OF MIND » THE INSANITY OF REALITY » CABAL AGENDA & WORLD DOMINATION » Finally, Zbigniew Brzezinski is Dead!

May 27, 2017
Zbigniew Brzezinski, the acknowledged henchman of the Rockefellers is now dead, according to an Instagram post by his own daughter, Mika Brzezinski.

“My father passed away peacefully tonight. He was known to his friends as Zbig, to his grandchildren as Chief and to his wife as the enduring love of her life,” she wrote on Friday.

Zbigniew Brzezinski had been instrumental in the crafting of the Deep State’s “Grand Chessboard” which led to David Rockefeller’s installation of the Trilateral Commission in 1973. Its stated goal is to secure the US power to prevail over every other national state, thus conforming what was dubbed “global governance”. That was further expanded early in the new millennium via the Pentagon’s Full Spectrum Dominance doctrine.
He affiliated himself with “moderate-to-liberal” groups, including the Rand Corp., the Council on Foreign Relations, Amnesty International and the NAACP.
Another pet project of the dead Deep State henchman is the establishment of Technocratic Dictatorship, to automate the Slavery System through the full use of Artificial Intelligence. Zbigniew Brzezinski, one of the most influential US political thinkers at the height of the Cold War, has died aged 89, according to his daughter. The advocate of US hegemony, Brzezinski, authored numerous proposals to bring down the Soviet Union.
“My father passed away peacefully tonight,” his daughter and MSNBC anchor Mika Brzezinski wrote . There was no word of the cause of death.
Arming the Mujahideen in Afghanistan to bleed the Soviets, transforming Iran into an anti-Western republic, and the brokering of the Camp David Accords – are among the best known outcomes of his strategies.
Brzezinski inadvertently helped create Al-Qaeda, when he convinced President Carter that running a secret CIA program to launch a proxy-war against the USSR-backed Afghan government was going to “induce a Soviet military intervention.”
“We didn’t push the Russians to intervene, but we knowingly increased the probability that they would,” he said in a 1998 interview with Le Nouvel Observateur.

Every Milestone in History Selected for You

1968
Major League Baseball's National League awards Montreal the first franchise in Canada and the first franchise outside the United States. (the Montreal Expos)
The 1,046 feet (319 m) Chrysler Building in New York City, the tallest man-made structure at the time, opens to the public.

“The day that the Soviets officially crossed the border, I wrote to President Carter, essentially: ‘We now have the opportunity of giving to the USSR its Vietnam war.'”
“That secret operation was an excellent idea. It had the effect of drawing the Russians into the Afghan trap and you want me to regret it?” he told the interviewer.

“What is more important in world history? The Taliban or the collapse of the Soviet empire? Some agitated Moslems or the liberation of Central Europe and the end of the cold war?”
Less than four years later, those “agitated Moslems” would destroy the World Trade Center and damage the Pentagon, setting off the endless “war on terror” that continues to this day.
Brzezinski was born in Warsaw, Poland, in 1928, according to official biography. Other sources speculate that he was actually born in a Polish Consulate in the Ukrainian town of Kharkov, which at the time was part of the USSR, but his parents registered him as having been born in Poland and not the Soviet Union.

He graduated from Harvard with a PhD in political science with a thesis on the formation of a totalitarian system in the USSR – and became author of a global strategy on anti-Communism and the concept of a new form of American hegemony.

“The defeat and collapse of the Soviet Union was the final step in the rapid ascendance of a Western Hemisphere power, the United States, as the sole and, indeed, the first truly global power,” Brzezinski wrote in his 1998 book The Grand Chessboard.
However, in one of his latest articles in the American Interest journal the Polish-born diplomat asserted the US is “no longer the globally imperial power” and “can only be effective in dealing with the current Middle Eastern violence if it forges a coalition that involves, in varying degrees, also Russia and China.”
In the sixties, he served as an advisor to the Kennedy and Johnson administrations and his tough stance towards the Soviet Union never waned. In the Carter years, Brzezinski became National Security advisor and was considered the president’s right-hand man. During the Clinton administration, the hawkish statesman was the main voice pushing for NATO’s eastward expansion.

Posts : 396
Join date : 2017-04-21
I know that Karma exists. He might have left this place peacefully but his awakening somewhere else will not be so peaceful for this terrorist and enabler of mass murder, drug and slave trade.
Without his meddling and control the Carter administration might have a actually accomplished a lot. 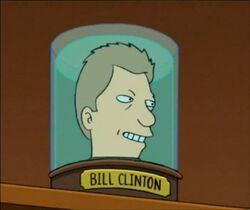 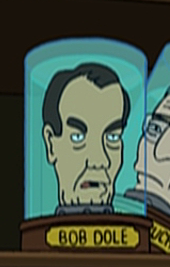 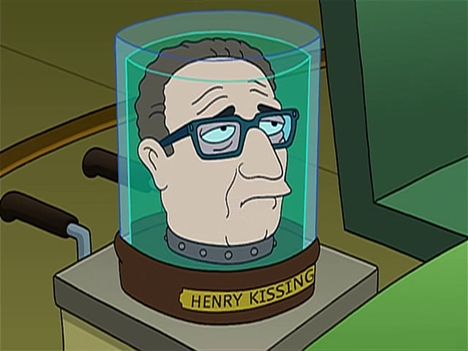 This is what I imagine they do with them until they find their next host body.

Posts : 51
Join date : 2017-04-25
Some say that Hell is knee deep, rocks now they get drove on, crushed, pissed on and sewage ran through them and also lay at the bottom of the Oceans. Service to Self at 95% is hard to achieve to ascend to another 3rd density reality, while Service to others at 51% is much easier to ascend to higher realities. Depending on his crimes against Humanity, will depend upon his achievement of this 95% service to self or 51% Service to Others and where he will end up, which brings me back to the rock, no matter where you are standing, whether it be on a mountain top or on your front lawn, rocks are still below knee deep and of 1st density, maybe he'll be a human again in 1 billion years. But who Am I to Judge!

OUT OF MIND » THE INSANITY OF REALITY » CABAL AGENDA & WORLD DOMINATION » Finally, Zbigniew Brzezinski is Dead!